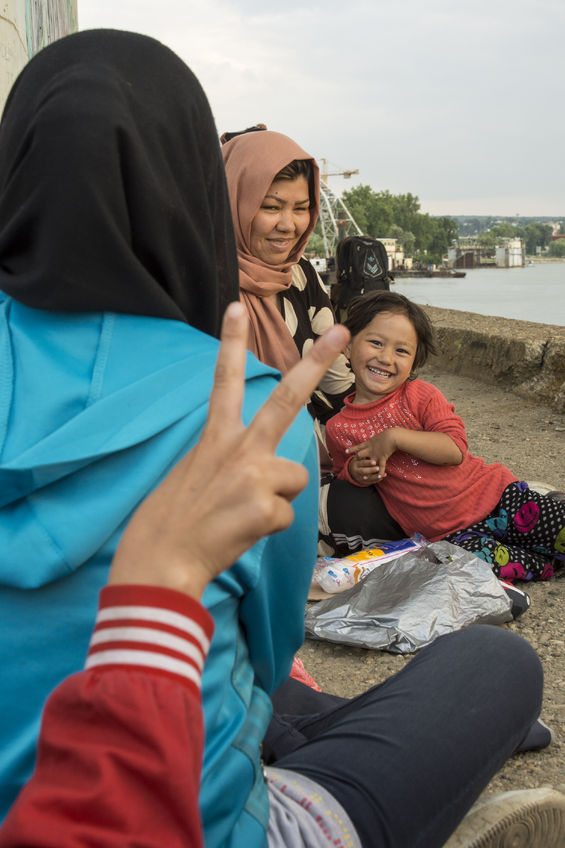 Opinion piece on the current refugee crises in Europe written by Vedrana Gujić, president of LYMEC

While the final police reports are still being processed, numbers are raising up to 71 people being suffocated to death in a van on the highways of Austria. Shocked by this tragedy and aware these are only a slight portion of the events that are taking place, we are sensing at the same time that there is so much more behind the veil of illegal smuggling, night transports, blackmailing are abuse of individuals – refugees fleeing their war-thorn countries.

Europe was confronted with one big emotional turmoil this summer, struggling between the selfish impulse of self-protection versus humane and just need to stretch out a helping hand to people in need. This, still ongoing, bipolar approach is visible on all levels, from local Nazi rallies and burning of shelter venues versus citizens who are cooking dinners for starving refugees, from countries building wired-fenced walls and sending tanks on borders versus those providing shelters and humanitarian aid.

What we once again learned this summer is also crucial for the future of Europe. In 21st century there is no solution without a common approach, what affects one, will affect others eventually. When Italy and Greece were crying out for assistance and common approach, the rest of Europe left the problem drown in the waters of the Mediterranean, but it rapidly reached the mainland. Secondly, Europe was built on the platform of peace, solidarity and humanity. It is very romantic, but what made Europe what it is today is the understanding, social awareness and inclusiveness.

Human tragedies cannot be fully expressed in numbers. Individuals fleeing wars cannot be labeled with one pejorative collective classification of “illegal immigrants”. Political and subsequently perceptive problems arise from the irresponsible use of definitions and terms. While finding the solutions to this crisis, let’s be aware of the importance of a fundamental distinction between a refugee, defined by the international conventions as someone who is fleeing a persecution and has certain rights based on international law, and a migrant, who is someone who is seeking a better life. What the European Union needs to do is to adequately share the burden, to properly assess who are the refugees (as opposed to economic migrants) and ensure they uphold the most basic standards of humanity and dignity for those who are literally fleeing for their lives.

No walls, wires or tanks ever stopped people from saving their lives, like so many of our European citizens did only 30 years ago, now the same ones who fled over those fences are prone to build them again. Europe needs to do what we are best at, to reach out and help. If Turkey, Lebanon and Jordan could organise and find solution to host refugees and give them shelter, Europe can at least be ready for rapid response to this primarily humanitarian crisis and stop being stuck in legal definitions of illegal immigration, economic migration and financial calculation of benefits misuse and job competition.

The current refugee crisis is a humanitarian challenge and it should be treated outside the current legal framework for migration. Our main focus should be on saving lives, therefore providing legal and safe channels for identification of refugees, documentation or their status, enabling legal and safe passages for further migration and fair distribution of shelters around Europe. Being so proud of our human rights agenda, let’s practice it right away on those individuals right here on our soils who are asking us to be treated as humans.

In our long history, we’ve broken down walls, wired fences, hosted refugees from both the East and the South, from all ethnicities and religions, and most of all, we have cared for others. Today, it’s time to care again and act based on our values and norms.

* The opinions expressed in this article are the author’s own and do not impose an official position of LYMEC on that topic.