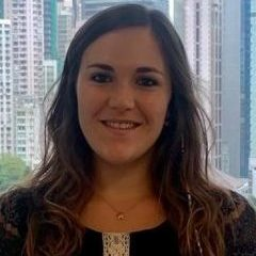 Laia has been involved in international politics for the last five years, both in the academic or professional field and in youth politics. She is a firm believer in the liberal values, democracy, human rights and the rule of law, and is passionate about European reform and integration, foreign policy, gender equality, and the protection of diversity and minority rights.

Laia is currently a PhD candidate in International Relations, specifically working on EU-China economic cooperation and EU global governance at the Barcelona Institute for International Studies (IBEI). She also has a master of science (MSc) on International Relations from the London School of Economics (LSE) and a Bachelor on Philosophy, Politics and economics from University Pompeu Fabra (UPF).

Throughout the years, she has lived, worked or studied in four different countries in Europe and Asia, being passionate about cultural and linguistic diversity. Laia previously served as the international officer of JNC (Catalonia), of which she is still a member. She has worked as an assistant on international digital policies for the Catalan Government and as an intern at the EU Delegation in Hong Kong. She has a wide background on volunteering work, as part of her commitment for a fairer, more inclusive society.