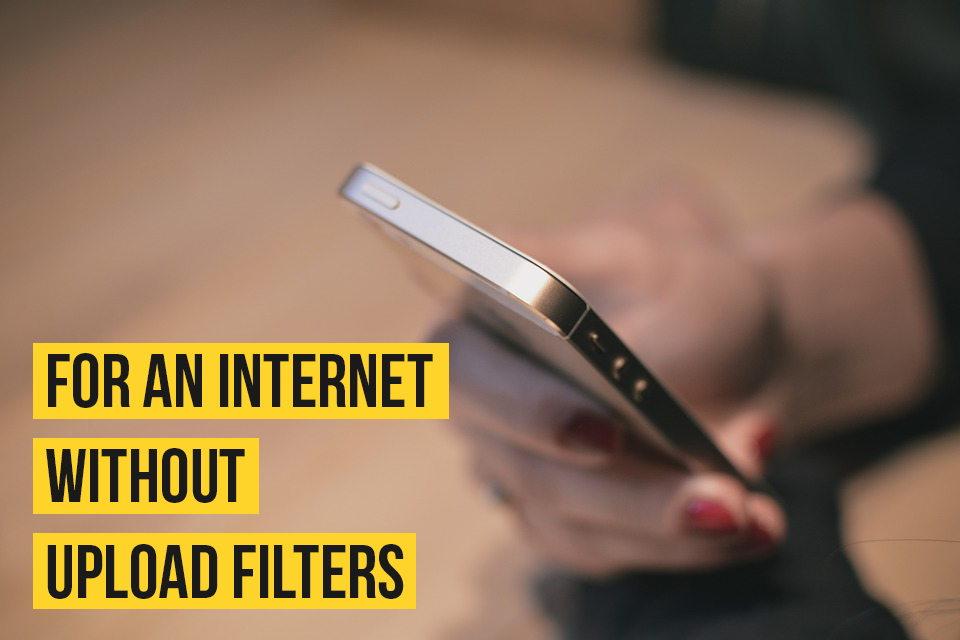 Europe’s youth has grown up with the internet. We use the internet to stay in touch with our friends and family, to inform ourselves and learn, to express ourselves and to develop our creativity. A free and open internet is crucial for who we are and will define the generations coming after us.

For this reason, youth organisations are particularly concerned about the draft EU copyright directive that will be voted upon in the European Parliament this spring. Last November, Liberal, Socialist, Conservative and Green youth organisations tabled a joint resolution to the General Assembly of the European Youth Forum to express these concerns. The adopted resolution can be found here. Europe’s youth does not want upload filters or a link tax, and demands that legitimate challenges related to the fair remuneration of creators are addressed through innovative solutions rather than with excessive restrictions on our common internet and the associated fundamental rights and liberties, of freedom of information and expression.

The result of the trilogue between the European Parliament, Commission and Council published in February is more than a disappointment. Provisions that will make upload filters inevitable and  introduce a link tax are still there. In fact, the final trilogue text has less exceptions than most versions before, meaning that, if adopted, it will be difficult for small platforms to comply with these new rules. This also threatens to further marginalise groups and voices that are often underrepresented in the media.

Furthermore, the protection of creators has not been substantially strengthened and even worsened in some regards. “Fair remuneration” has been watered down to include unfair payment schemes between publishers and collecting societies on the one hand and authors on the other.

As a result, thousands of young people have turned up at protests in Germany and beyond, demanding that policy-makers protect our internet. A record-breaking petition has been signed by over 5 million Europeans. An international mobilisation is planned around Europe for Saturday 23 March.

The European Parliament will vote on the directive during its plenary on 25-28 March. This text can still be amended and MEPs from different groups have already declared that they will try to do so, with a particular focus on removing the provisions that are paving the way for upload filters and a link tax.

We demand that policy-makers take the concerns of young people around Europe seriously and remove the provisions establishing upload filters and a link tax from the draft copyright directive. We call upon all young people in Europe to join demonstrations against censorship and an online surveillance infrastructure on Saturday 23 March (see map here).

The consequences of decisions made today will affect young people the most. A few months before the European elections, it is time to show younger generations that a free and open internet is at the heart of the European project.