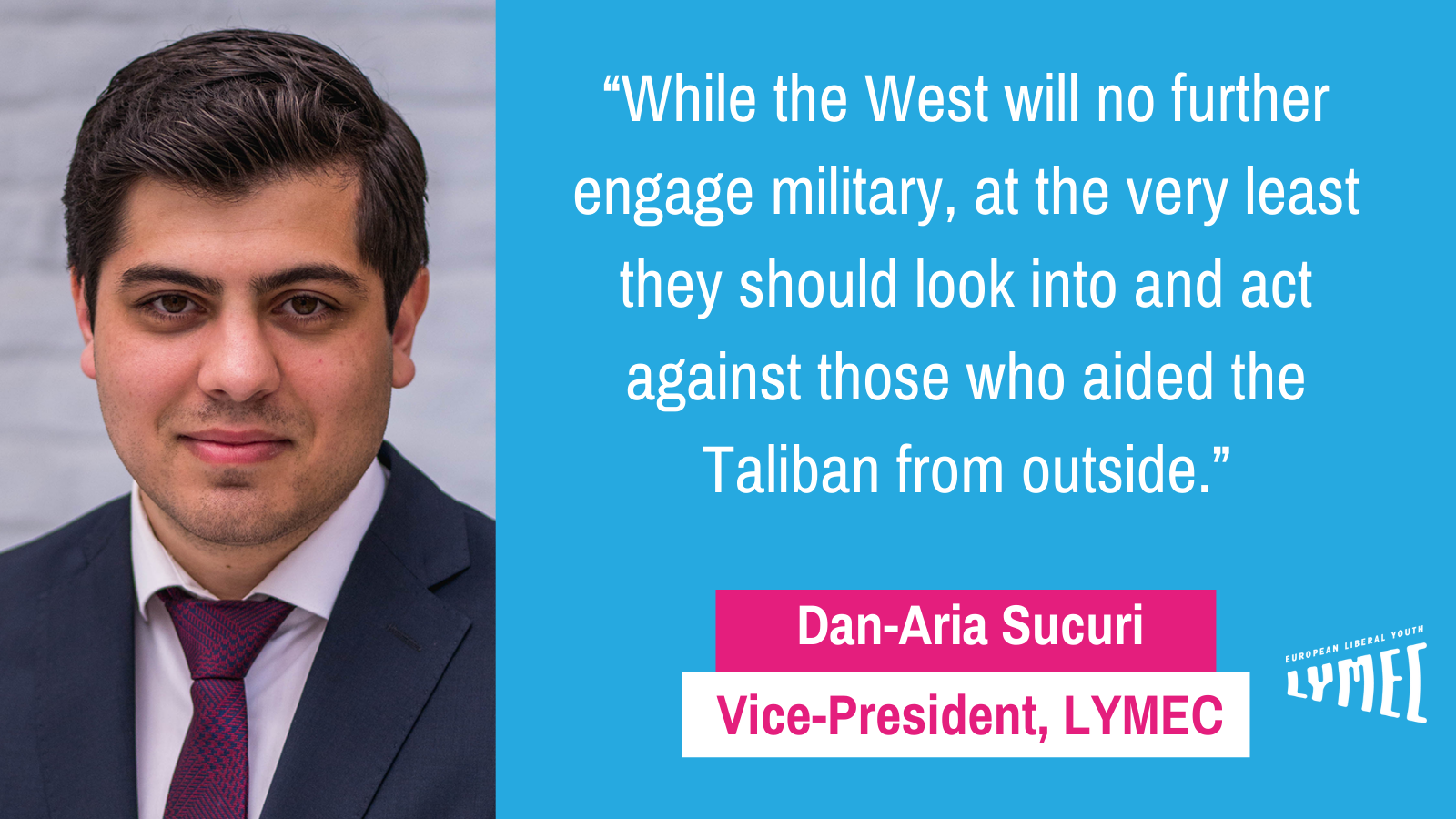 EU needs to act against the Taliban and its supporters

The situation in Afghanistan is devastating and heart-breaking. This is not a time to be silent. This is a time to act - to do whatever we can to help the people of Afghanistan.
Read our Vice President Dan-Aria Sucuri's thoughts about the situation below.

Many, including me who still have family members there, try to grasp the harsh reality and how it got to this. The reasons are several: Poor assessment of the Taliban capacities, a government corrupt to the bone and a battle weary population, to mention a few.

While The West will no further engage military, at the very least they should look into and act against those who aided the Taliban from outside. Setting up sanctions against Pakistan, for starters.

Furthermore, I believe that all the nations that have been active on the ground should not only evacuate their citizens but also afghan employees and their families. And lastly, in order to help the most vulnerable in Afghanistan, it is urgent to create a special visa program (on an EU level for instance) for those that are especially at risk by a Taliban government like women, children as well as human rights & democracy activists and journalists.

This is hard and the current situation is devastating. One day Afghanistan will be a peaceful country led and shaped by its true citizens. Until then there is a lot to do.