The European Liberal Youth (LYMEC) looks back at a successful ALDE Party Congress, which took place in Budapest from November 19th until 21th. 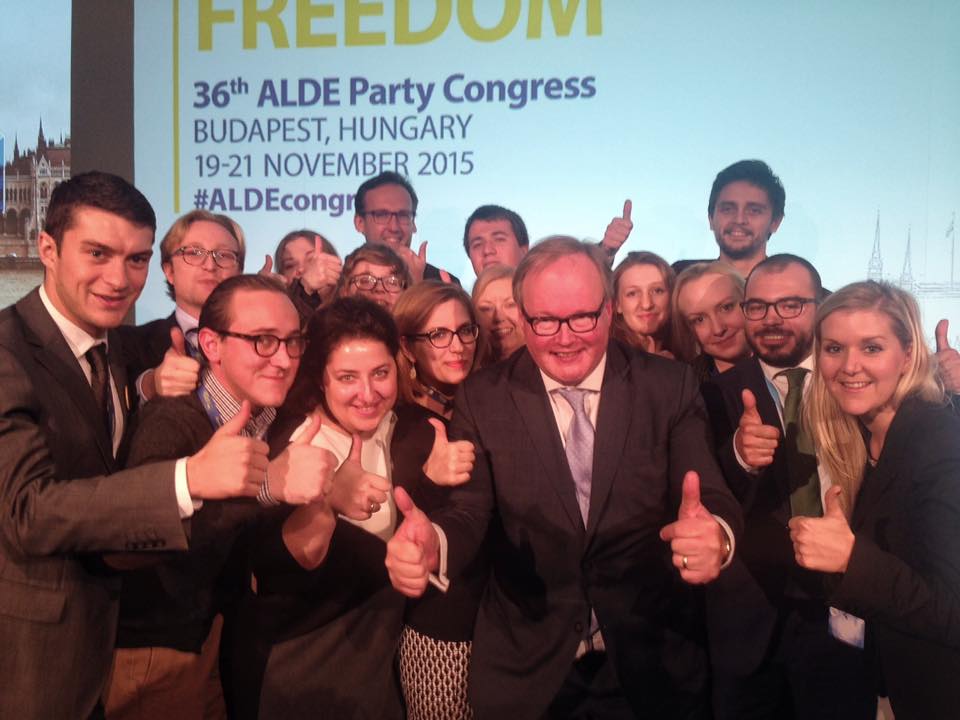 LYMEC president Vedrana Gujic: “LYMEC welcomes three young liberals as ALDE Party vice-presidents. Fredrick Federley, Ilhan Kyuchuk and Marta Pascal have been actively involved with LYMEC. LYMEC further congratulates Markus Loning, Ross Scott and Timmy Dooley with their election as vice-presidents. ​Together with incoming ALDE president Hans van Baalen they will find LYMEC on their side in strengthening liberalism in Europe. We are looking forward at improving the cooperation with ALDE Party further.

LYMEC organised a fringe meeting on development aid in the margin of the congress. The attendance was higher than the number of seats available. The speakers ensured a constructive debate on liberal development aid. The LYMEC resolution on this topic was later approved by the congress. Last year LYMEC hosted a fringe on TTIP (Transatlantic Trade and Investment Partnership). After a year of actively campaigning for TTIP, the joint resolution on TTIP by LYMEC, FDP Germany and VVD Netherlands was approved by the Congress. LYMEC ​is crucial for ALDE Party​, as it stresses the political priorities of today and prepares the politicians of tomorrow.