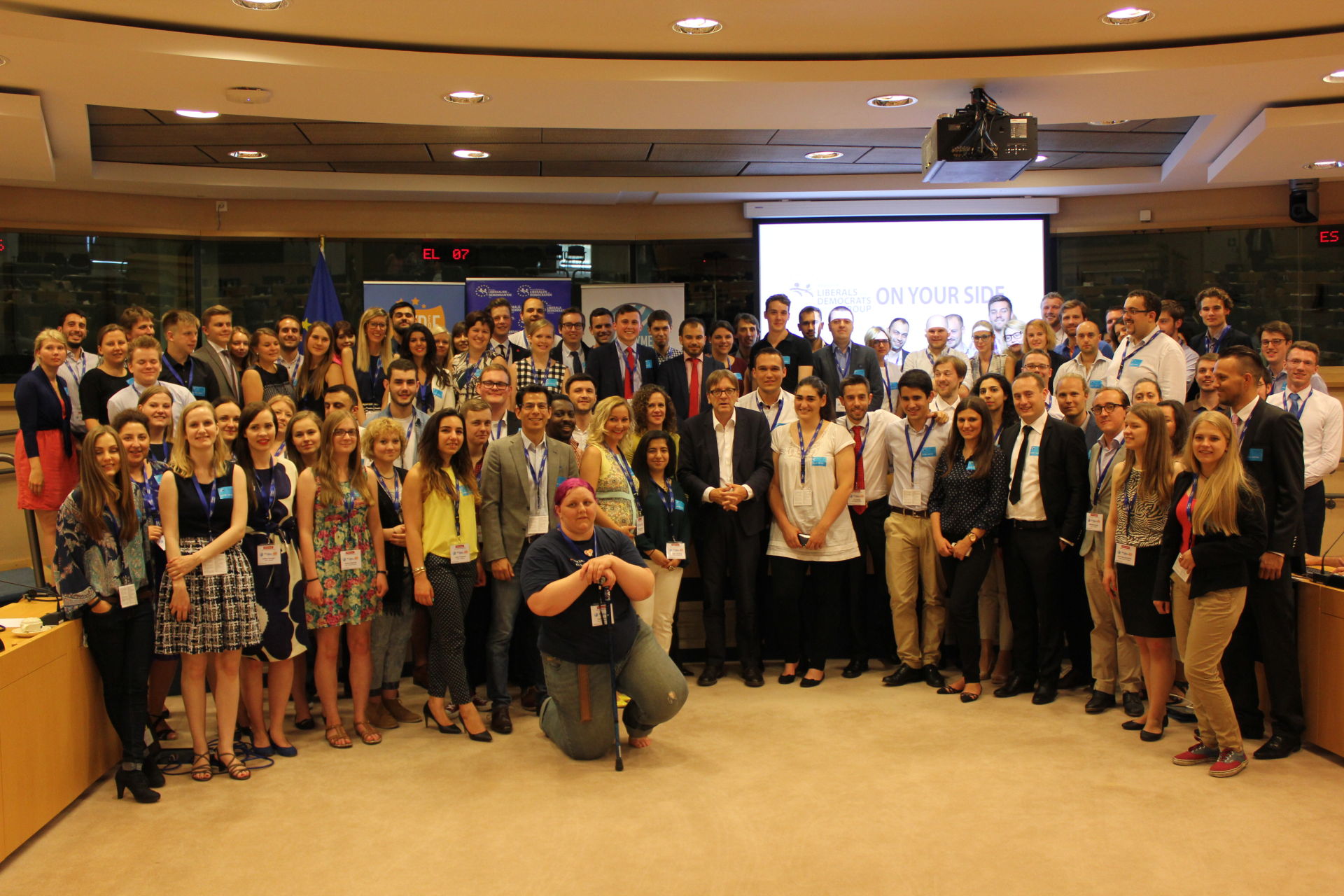 On the 1st and 2nd of July one hundred young Liberals and Democrats from all corners of Europe gathered in the European Parliament, in Brussels, to learn, debate and network.

The programme included both sessions where participants could learn about the composition of ALDE Group (an alliance of two parties, the Liberals, from ALDE Party, and the Democrats, from EDP), its youth organizations (LYMEC and YDE), political foundations (European Liberal Forum and Institute of European Democrats) and also its common political group in the Committee of the Regions.

Our members also learned about the work of ALDE Group’s communications team, and learned from MEP Sophie Int’Veld about the future initiatives dedicated to connecting our political family to the youth of Europe.

In this Summer Academy we also discussed issues of crucial importance for young people, such as employment, a debate on the Youth Guarantee, and a discussion on the importance of vocational education and of promoting entrepreneurship-friendly policies. We also had a panel debate on TTIP, counting with Maria Åsenius (Head of Cabinet to Commissioner Malmström), John Sammis (Deputy Chief at the US Mission to the EU) Marietje Schaake (MEP, EP Delegation for relations with the United States, Committee on International Trade) and François Lafond (Director General of Europanova).

After each day’s session we also had networking opportunities, meeting on the first day MEP Fredrick Federley (Centerpartiet, Sweden), former president of Centerstudenter and a very active LYMEC member, and on the last day having a  farewell reception.

LYMEC  is thrilled with one more successful ALDE Academy, thanking ALDE Group for all its support, and YDE for the cooperation.