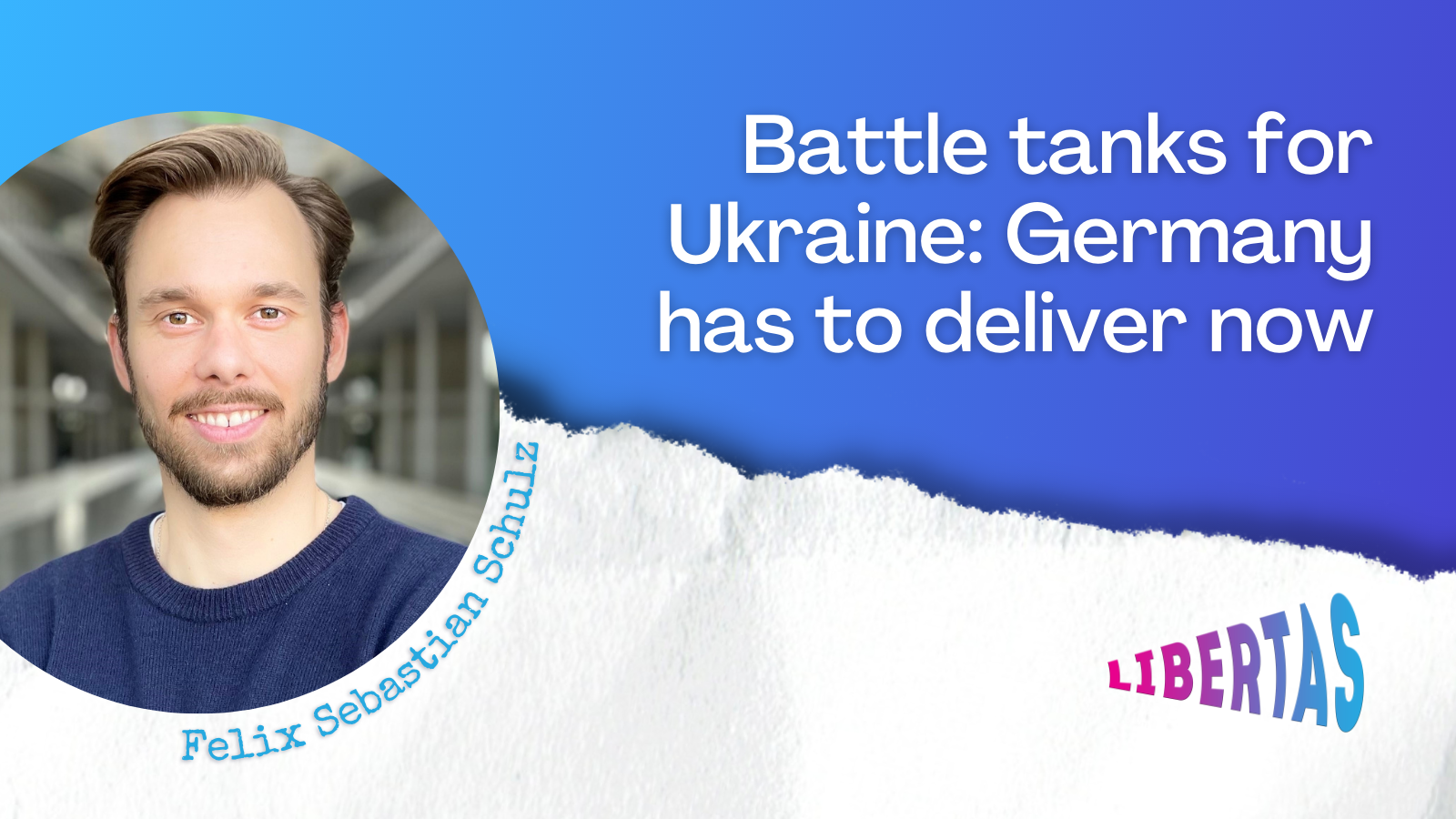 A week ago, the British government announced that it would send the Challenger 2 main battle tank to Ukraine. The tank serves to assist the Ukrainian military in retaking territory held by the Russian invaders in the east of the country.

The debate over sending battle tanks to Ukraine has been going on for months. Volodymyr Zelenskyy is asking his Western partners to send more heavy weapons and especially battle tanks. From Germany, he demands the Leopard 2, as it is one of the most modern tanks in the world. But the German government is still hesitant to agree to this delivery. Other countries, such as Poland, also have the Leopard 2 in their ranks, and have already signaled their willingness to supply Ukraine with the desired vehicle. However, without the approval of the German government, even Poland cannot supply the tank.

Second, by sending battle tanks, Germany would become a party of the war. From an International Law perspective, this assumption is simply wrong. Putin's propaganda machinery also postulates the untenable claim that any country that sends weapons to Ukraine becomes an enemy of Russia. So if we do not send battle tanks to Ukraine, we would only be adopting the narrative of the Russian invaders, which is completely absurd.

But why does Ukraine need the Leopard 2 so badly? This modern battle tank is characterized by its speed, armor, and penetrating power. Therefore, it is capable of fighting Russian positions that have been fortified over the winter. This will give the Ukrainian army the upper hand in an offensive to liberate the east of its country as well.

A while ago, the EU and its Member States wanted to become a geopolitical power. Now it is time to show to which extent this is just wishful thinking or a serious course of action. Undoubtedly, it would be a truly European endeavor to coordinate all European countries with Leopard 2 in their armies and send a small fraction to our Ukrainian partners.

The situation shows: The German government is running out of arguments. That is why we cannot continue waiting. We should finally provide the Ukrainian army with what it is asking for: the Leopard 2.