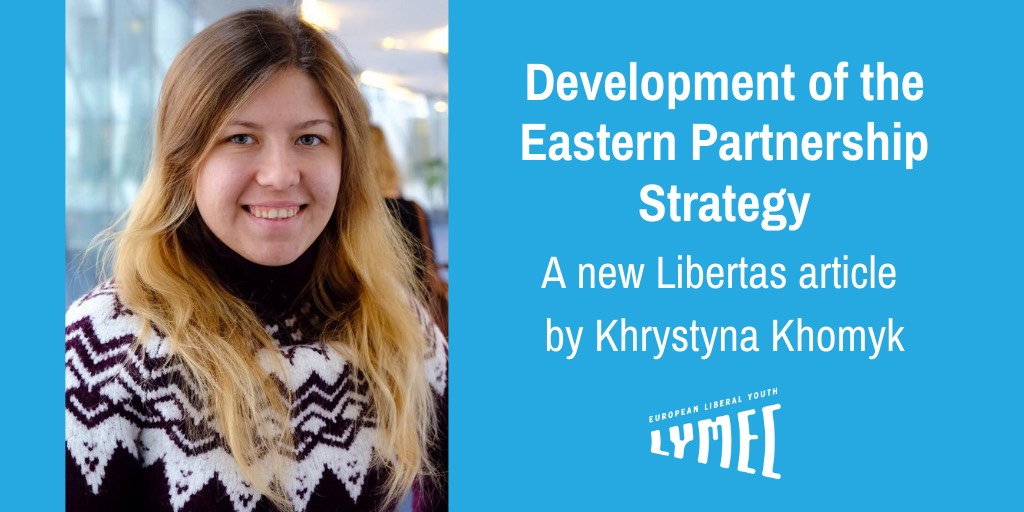 Development of the Eastern Partnership Strategy during the 9th Legislation

Development of the Eastern Partnership Strategy during the 9th Legislation

Andrius Kubilius offered his vision of EU – Eastern Partnership cooperation in the form of new Trio Strategy 2030. He claimed that countries willing to conduct democratic changes should receive more benefits from the EU. The man principle of the strategy is “more for more”. The current trio includes Georgia, Moldova and Ukraine that are much closer on their way to EU-integration than Armenia, Azerbaijan and Belarus. Therefore, the Trio Strategy 2030 is merely a vision that is meant to provide these states with new mechanisms to deepen the cooperation.

Andrius Kubilius sees Eastern Partnership as a source of huge potential for the EU; that is why he states that the EU should not focus only on Western Balkans, but support a constant dialog with both regions. This decade will show who from the trio will have the most chances to become the EU member state in the future. However, current Trio Strategy 2030 does not exclude other three states from the cooperation because European Parliament is ready to offer same mechanisms to any Eastern Partnership state that demonstrates a clear interest for European integration and its implementation in the future.

Nevertheless, the Trio Strategy is not fully accepted in the European Parliament. Some MEPs claim that the EU cannot differentiate between states in the region not to increase grievances of some against it. The alternative is to cooperate with the region as a whole that poses problems also as some countries are under strong influence of Russia and have not determined direction of their political development. That is why the Trio Strategy seems to be a more flexible results-oriented approach.

Currently, the framework for the next decade is still in the process. Trio states have signed Association Agreements and received visa liberalization; therefore, the next logical step would be to offer them the perspective of EU-membership. Nevertheless, European Parliament cannot promise it because, on the one hand, EU Council is the primary decision-making organ regarding membership while, on the other hand, the gap between the EU member states and trio states is too big to overcome in a short time span. Therefore, the EU faces the dilemma that it has to find other means of motivation to eurointegrate, but they all seem to be less effective than those received.

Economic cooperation is a priority for both sides, but the EU still has to determine clear milestones and future benefits for Eastern Partnership countries. More ambitious plan can include the rule of law, security and inclusive society. The topics are to be agreed at the EURONEST Parliamentary Assembly that was canceled due to the pandemic while the next one planned for autumn 2020 is still under the question. Due to the Covid-19, no significant developments of the Eastern Partnership Strategy took place. Currently, the framework for the next decade is still in the process while all the cooperation moved online.

However, COVID-19 allows increasing the resilience of EU – Eastern Partnership cooperation for the future and helps to look for more sustainable solutions. EU – Eastern Partnership cooperation should incorporate ambitions of the EU, especially in climate and digital sectors. Until 2025, the system of specific deliverables should be based on 5 objectives of the Von Der Leyen’s Deal. The challenge has reduced opportunities for fast implementation of ideas, but directed attention at more efficient projects that will not require additional support during crisis times.

As a result, at the current stage, the Eastern Partnership Strategy has to find a way how to respond to challenges. It remains open to changes through constant dialog. COVID-19 introduced its corrections and insecurities and raised many question for the future. Therefore, clarity will appear when political organs return to their proper functioning.