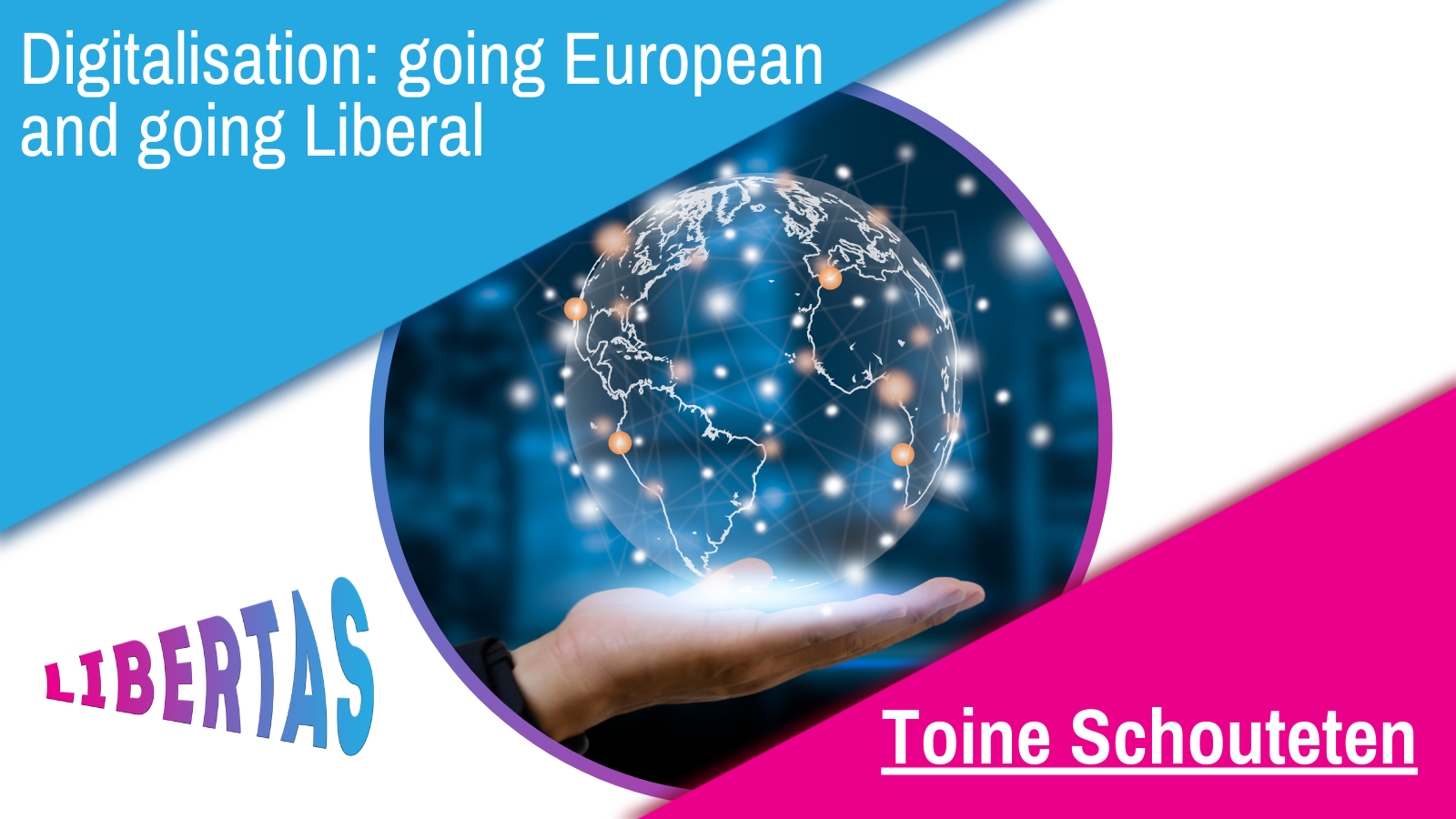 Vienna is a city in which, over 100 years after the end of the Austro-Hungarian empire, you can still feel the energy of a pan-European way of thinking. From the palaces where the Habsburgs used to reside, via the Kaffeehäuser That the famous writer Stefan Zweig frequented, up to the many Viennese museums exhibiting the works of Klimt, Picasso and Monet: the European spirit is very much alive in Vienna.

It is in this European spirit that a group of young liberals from all over Europe gathered for the first and hopefully inaugural Liberal Hackathon.

The concept of hackathons can be traced back to software engineering where the ultimate goal is to create a functioning product through sprint-like designs by the end of a short period, usually 24 - 48 hours. In the case of the Liberal Hackathon, the aim was to come up with concrete liberal policies which will benefit the digitalisation of the European Union.

With 13 different young liberals from all over Europe, hacking groups were formed at L´office in Vienna. The working groups each focussed on their own topic, which were Blockchain, Artificial Intelligence, Virtual Reality and theInternet of Things.

We started out with an ice-breaking session between the participants during which we had to find at least three things that we had in common, after which we got assigned into groups. Although all participants could indicate their preferred topic upfront, nobody knew which topic they'd be working on and who they'd be working with.

The different teams were Blockchain, Augmented Reality, Artificial Intelligence and the Internet of Things. Each team had 2 hours of "hacking” time on the first day to start their policy proposals off from scratch, after which we were inspired by Peter Berry who came by to tell us from his perspective as policy coordinator of NEOS Vienna about how technologies can influence the political process.

On the next and the main hacking day, we had 2 hacking sessions as well as a visit by Luis Cano, who spoke to us on how to make the perfect pitch. This was especially important as our groups were just working on the pitches and presentations.

After a long session of working in groups, we were finally ready to finish our end-products to the jury, which consisted of Ines Holzegger of LYMEC, Francesco Cappelletti from ELF and Dieter Feierabend of NEOS LAB. Each team gave their best in presenting their ideas and consequently the points awarded were extremely close, but the winning team was the Virtual Reality group. They presented European solutions on how to make VR better regulated and safer for the user.

The other outstanding ideas were: the “ballot chain", which proposes a European blockchain technology for safeelections that was presented by the Blockchain group; the clear and concrete path which the Artificial Intelligence group put forward as they proposed a way to use AI to our advantage, and not letting it become a threat to us; and the Internet of Things group, which advanced the implementation ofEU-wide tax reliefs for investments in European IoT start-up and scale-up companies, as well as crowdfunding platforms that are supported by the EU.

The official programme was finished by an online presentation by Valentin Perkonigg, who told us from his perspective as co-founder of digital real-estate financier Brickwise about the political opportunities and threats that are posed by blockchain.

In between and after the political hacking activities and in line with good liberal tradition, there was ample opportunity to look after the inner and cultural being. When in Vienna, do as the Viennese do, which means dinners consisting of Schnitzel, Spätzle and Apfelstrudel as well as a city-tour hosted by the local expert and LYMEC bureau member Ines Holzegger. For those young liberals who had late flights and trains back home, this was complemented by visits to the many palaces and museums that are scattered throughout the city: the Belvedere,the Albertina and the Sisi museum.

All in all, the Liberal Hackathon 2022 was a resounding success. The gathering of young liberals to share their knowledge and expertise, to expand their personal and political networks and to enjoy the amenities of one of the crown jewels amongst European cities is precisely what is needed for the digitalisation of the European Union: to go European and to go liberal. We therefore hope that this was the first of a long tradition of future hackathons.