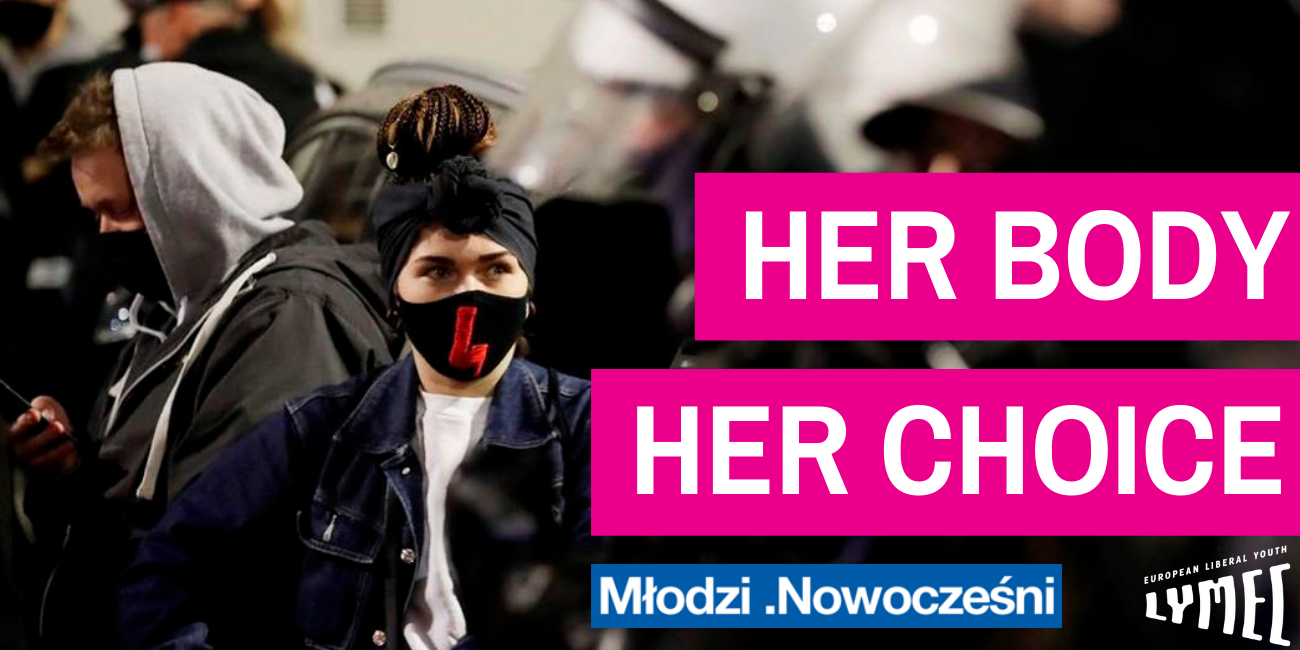 Europe Must Act against the Polish Crackdown on Women’s Rights!

Recently, the Polish Constitutional Tribunal, a court which is now strictly controlled by the country’s PiS government, has put forward a new law banning abortion. Despite already having one of the EU’s strictest abortion laws, Polish women will now have even more limited rights over their own bodies. This is totally unacceptable. The EU must put its foot down whenever human rights are violated in the Union.

"We condemn the politicization of courts that is now taking place in Poland and insist that the European rule of law is respected.’’ – say the Vice President of LYMEC, Dan-Aria Sucuri and the International Officer of Nowoczesna Youth, Lukasz Kaźmierczak.

LYMEC & Nowoczesna Youth call on our MEPs from Renew Europe and the Commission to act and stand alongside with all Polish women.

"The abortion ban is not only a step back, it's violation on human rights and personal freedoms, and it goes against the values the European Union stands for." - says the President of LYMEC, Antoaneta Asenova.

The European Union cannot idly stand by when its fundamental rights are attacked. We must stand in solidarity with the women of Poland. #strajkkobiet