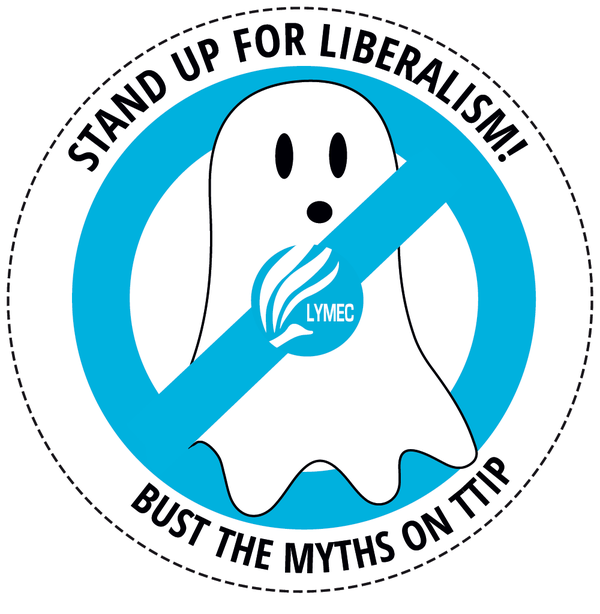 On Saturday, 16. May 2015, member organisations of the European Liberal Youth (LYMEC) are organising a joint Europe-wide campaign on TTIP under the name – The LYMEC TTIP Myth-busting mission. Throughout Europe liberal youth organisations will organise a TTIP Action day to show what the Transatlantic Trade and Investment Partnership is really about and advocate its benefits for European citizens.

LYMEC president Vedrana Gujic explains the concept: “TTIP is one of the most misunderstood words in Europe today. With so much misinformation and misunderstandings of its causes and consequences, LYMEC decided to launch a myth-busting campaign and give European public the information about the negotiating agreement based on facts and reality, rather than fears and prejudice.”

As true internationalists and free traders, young European Liberals strongly believe that the EU-US trade partnership will boost our economy and create growth and jobs in Europe. The removal of all trade barriers and regulatory obstacles and the mutually shared high standards will create the world largest free trade area.”

Gujic continues: “The ongoing discussions in the public arena are diverting the focus from the benefits of free trade, which is a ground stone of this partnership, to irrational fears and basic protectionist instincts to close our markets. Our intention is to bring back rationality to the discussion and put in the frontline not just the arguments in favour of the TTIP, but also to address the critical and constructive efforts the EU is taking in order to both secure our high EU standards in this negotiations and gain additional benefits for the EU economy in this trade partnership.”

The Europe-wide campaign on TTIP will therefore promote and explain the benefits of TTIP for people, small and medium size companies and overall trade in every country of the EU. Gujic is proud of the Action day: “We gathered a strong and united Liberal family to work together and promote one of the key liberal ideas – the idea of free trade – jointly advocating TTIP with a strong basis on rational and fact-based arguments, rather than myths and fears.”

LYMEC’s TTIP Myth-busting campaign will continue with additional roundtables, conferences and action days in the course of 2015.

For your information, please find attached a resolution on TTIP, adopted during LYMEC Spring Congress in Rotterdam.