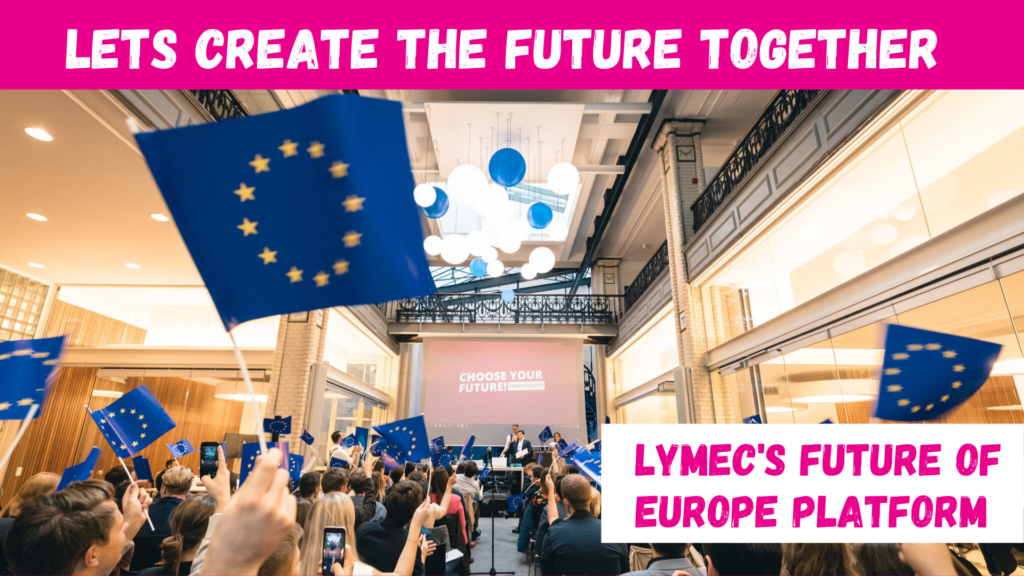 As you know, one of my priorities while running for LYMEC President was to work together with you to make sure we leave our mark on shaping the EU. Both the new Bureau and I are convinced that with the Conference on the Future of Europe right on our doorsteps, young people across the continent have an unique chance to do that.

On it’s Resolution on the Conference for the Future of Europe adopted January the 15th, the European Parliament strongly recommended to take measures to ensure youth participation. It went as far as to propose that in addition to the Citizens’ agora, there should be at least two Youth agoras for participants of age between 16 and 25: one at the beginning of the Conference and one towards the end. This is because they are aware that young people will be most affected by any decision taken on the future direction of the EU.

This is a great opportunity for young people to make their voices heard and we want to make sure that the voice of young liberals resonates loud and clear. This is why I invited Presidents and International Officers of LYMEC’s Member Organisations but also the IMS delegates to take part in LYMEC’s Future of Europe Platform.

This platform has two main objectives: defining our key positions on the institutional reform of the EU, and ensuring liberal participation on all the events related to the Future of Europe Conference. But, how are we going to do that?

On the one hand, our International Officers will work under the leadership of our Policy Officer Marina Sedlo on coming up with the core positions on institutional changes that we, as young liberals, can all agree that need to be pushed forward at a European level. These positions will be based on theLYMEC Policy Book, though other positions where there is consensus will be discussed as well.

On the other hand, we will create a communication channel where the participating LYMEC Presidents/IOs/IMS, Marina, our Secretary-General Bàlint Gyévai and myself will share information on upcoming events related to the Future of Europe Conferences all over Europe and coordinate ourselves and our action to make sure that young liberals participate to the best of our ability.

We hope that thus, by having our organisations timely informed and prepared, young liberals can have an impact in this fundamental discussion for the benefit of the next generations. A discussion in which we have the chance to defend and promote the Europe we want to live in and what institutional reforms we want to implement. We therefore encourage you to participate and create the future of Europe with us. Because, if we act together, we have a real chance to be the change we want to see in Europe and beyond.

We are announcing the launch of the platform ahead of the 9th of May since we believe that there is no better way to celebrate Europe day than manifesting our will to keep working for a European future together.

Last but not least, I would like to say that, if your organisation is in a country that is not yet a member-state of the EU, don’t be discouraged! The Renew Europe group put forward an amendment explicitly asking that representatives of countries going through the accession process to be involved as well. The same goes for our British friends! Brexit or not, the discussion will be on our common future. Therefore, you are of course as welcome to contribute to the platform as all our other Member Organisations.

My warmest regards and stay healthy!