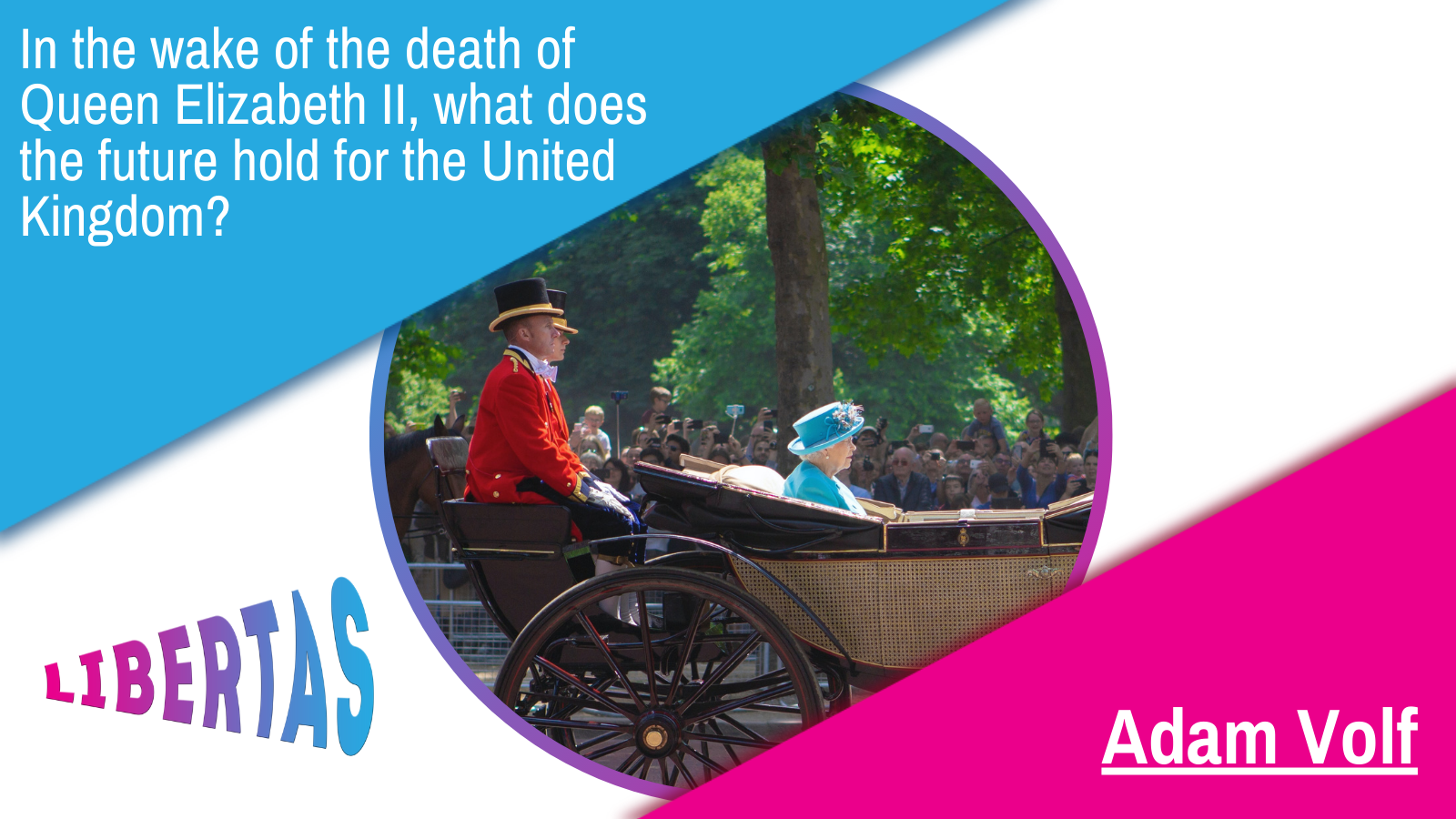 Written by Adam Volf, member of the Individual Section of LYMEC

Elizabeth II was Queen of the United Kingdom for 70 years. Something which remained unaltered throughout even the most turbulent periods of her long reign was the UK’s territorial integrity. But in the year of her passing, the union of the Home Nations (England, Wales, Scotland, and Northern Ireland) lies on uncertain foundations.

The UK has faced internal opposition for some time - though this was mostly restricted to Northern Ireland, with the competing political aspirations of its communities. The resulting violence did afflict also the British mainland, with a bloody bombing campaign carried out by the Irish Republican Army (IRA) in English cities in the 1980s, and the monarchy was not spared its share of tragedy - an IRA bomb killed Louis Mountbatten, last Viceroy of India and first cousin to the Queen, in 1979. But the likelihood of Northern Ireland’s republicans bringing down the United Kingdom is no longer the most acute threat to the union. Rather, in 2022, the Home Nation most likely to depart the union is Scotland.

#IndyRef2, United Ireland, and their consequences

Brexit - at least in what concerns the potential consequences for the integrity of the United Kingdom - should be considered the single most cataclysmic event of the reign of Queen Elizabeth II.

Calls for Scottish independence were already high by the time the Scottish National Party (SNP) managed to wrangle a referendum on Scotland’s future in 2014, but the resulting vote was defeated by a margin of 55.3 to 44.7%. A close call, but still a resolute ‘No’ to independence from the Scottish public.

The following year (2015) already saw winds of change. The SNP dominated the Scottish general election, securing 56 of its 59 Westminster seats. Then came Brexit. Scotland was forced to abandon the European Union, despite ‘Leave’ not having landed a single constituency in the Scottish vote. Those who had voted to maintain the status quo in 2014 now saw their status quo unravel. With Brexit likely to have wiped out the sentimental attachment of some Scots to the continued union, support for the idea of Scottish independence will have risen further. More weight added to an idea already blossoming.

The SNP has since moved decisively. Scottish First Minister Nicola Sturgeon has championed the case for another referendum in 2023. If she is successful in securing it, ‘#IndyRef2’ is likely to return a successful vote for independence. The resulting rupture would deal a crippling blow to the United Kingdom - the rump state would comprise only England, Wales, and Northern Ireland. A Northern Ireland where - in a world of devotion to continued British union - the land also fares increasingly ill.

The fact that Northern Ireland is no longer the most likely entity to first abandon the UK should not underestimate its own stark position within the union. Were it not for Brexit - as in Scotland, opposed overall in Northern Ireland -young voters may have remained content with the political landscape after 30 years of stability. But hardline Unionist parties - to their great detriment - threw their weight behind a hard Brexit, plunging Northern Ireland into tribal politics anew. Irish Republicans - in the years before the vote - had conducted a patient campaign to consolidate support, but may nonetheless have seen their central objective (unification) begin to fade, out of opposition to such dramatic political upheaval. But that upheaval occurred anyway - bizarrely, at the initiative of unionist parties, for whom the maintaining of existing conditions would (most definitely) have been in their best interests.

With the UK (and especially Northern Ireland) being thrown into turmoil by Brexit, Irish Republicanism was handed a huge boost. For disaffected young voters, a United Ireland offers a potential route back into the European Union. The new strength given to the republican cause may be compounded by Northern Ireland’s changing demographics. In 2022, citizens of a Catholic background were found to be the single largest religious affiliation for the first time in 100 years. Catholics, traditionally, are far more likely to support republicanism and the unification of Ireland, than Northern Ireland’s Protestants. With the combined power of a disenfranchising Brexit, and the looming dismemberment of the UK (with Scotland’s departure), the likelihood of a border poll to determine Northern Ireland’sfuture seems only a matter of time. If the resulting border poll led to Irish unity, this would effectively spell the end of the UK as a political union.

The impending prospect of the UK’s dissolution - what significance will the Queen’s death have?

With this said, the two events described herein (Scottish independence, and Irish unification), may not occur as swiftly as the changing times may suggest. A Scottish vote could fail once more. A second vote may not even take place, although the London government would be unwise to oppose it. In Northern Ireland, the republicans would be well-advised to avoid too swiftly calling a referendum on Irish unification (even in the event of an assured victory), in order to deter violence by allowing more time for the adaptation of political circumstances (and the decay of hardline unionist parties in Northern Ireland by their own self-sabotage). Hence, a wise strategy would be to wait at least several years after the departure of Scotland before acting. Still, a dissolved United Kingdom (including independent Scotland and United Ireland) is possible within 10 years - perhaps a certainty within 20.

If the summary of this article is that the sun is rapidly setting on the territorial integrity of the Queen’s immediate realm, it should not be understood that this is necessary due to the recent death of Queen Elizabeth II. If events take place as described, it shall have been the product of years of decolonisation and demographic evolution, as well as the calamitous choice made by English and Welsh voters to support the UK’s departure from the EU. The Queen personally did not contribute to the rise of republicanism in Ireland or to the desire for independence in Scotland in any great way. On the contrary - the Queen was, by all accounts, tolerable even to those opposed to the institution of the monarchy (in Ireland and Scotlandalike). She may, even, have done as much as any British monarch could do to maintain the status quo and to deter sentiments of republicanism. Even most hardline republicans would likely accept this.

Still, the next few years will be telling.