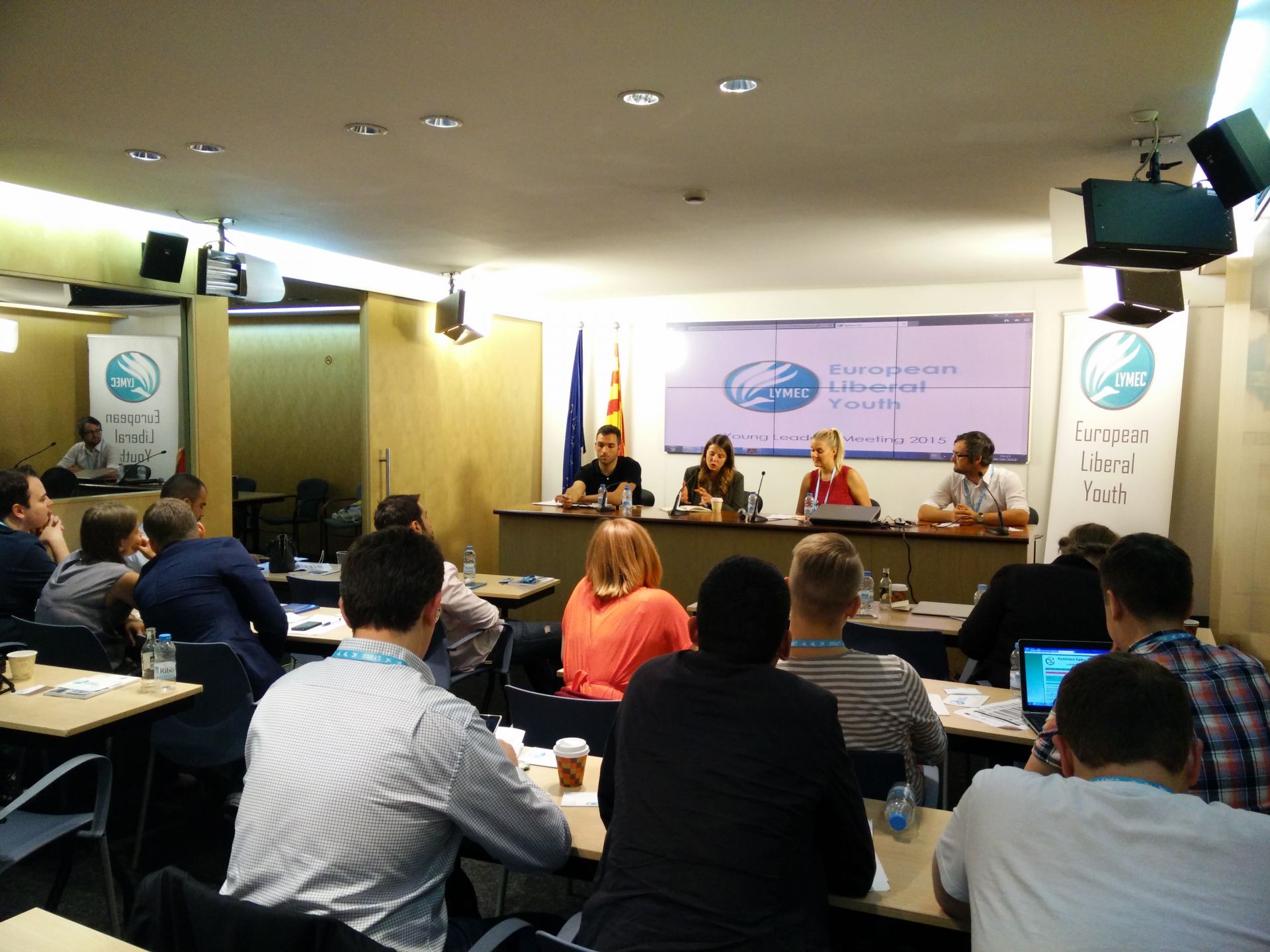 From 25th to 27th of September the annual LYMEC Young Leaders meeting took place in Barcelona under the theme ”Leading for Liberty”. Presidents and Vice-Presidents of LYMEC member organisations came to the capital of Catalonia to network and expand their leadership and communication skills. They also observed the regional elections in Catalonia, which took place the same weekend.

The central activity of this year’s leaders meeting was a professional training on campaigning, communication and management by a renowned trainer Kamran Ullah. LYMEC president Vedrana Gujic explains: “Though all of our presidents obviously are very politically talented and have significant political experience, our aim is to provide a continuous investment in their knowledge and practical skills, as one can always learn and improve oneself.”

During the event, Young leaders visited the Parliament of Catalonia and met our local member organisation JNC. We’ve discussed the political context of the upcoming Catalan elections with a number of our local hosts, from Sergi Miquel i Valentí, President of JNC, Roger Albinyana, Secretary for Foreign and EU Affairs of the Government of Catalonia and former president of LYMEC, Marta Pascal, spokesperson of CDC in the Catalan Parliament to the ALDE Vice-President Marc Guerrero i Tarragó. The participants also joined the pre-electoral rally of ALDE Party Member Convergència Democràtica de Catalunya (CDC).
The event finalised with a President’s Roundtable with the leaders of Ógra Fianna Fáil (Eoin Neylon), SU (Ida Schauman) and Julis (Konstantin Kuhle), where we’ve discussed the challenges of leadership, but also the key issue in Europe at the moment, the growing refugee crisis and the position of European Liberal Youth on that topic.

LYMEC would like to thank JNC (especially the international officer Victor Colominas) and CDC for hosting this year’s Young Leaders meeting and welcoming us in Barcelona in the peak of their election campaign.