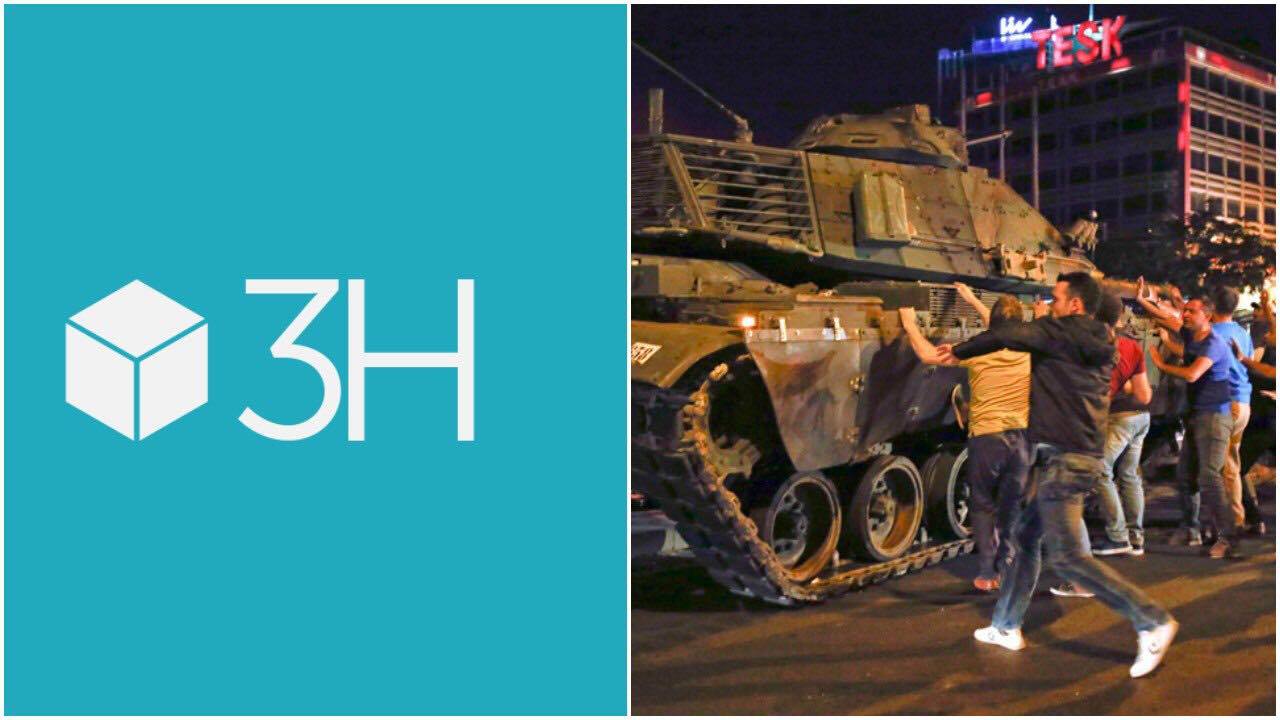 Once again, IFLRY and LYMEC are appalled about the events happening in Turkey. In a spectacular and rather unexpected coup attempt certain parts of the Turkish military seemed to have seeked to overthrow the current government and president Recep Tayyip Erdoğan. As of now, this attempt seems to have failed.

In our roles as international organizations, we have been involved in Turkey for a long time and have observed the political situation closely and with increasing worry for the last couple of months. The instability of the country seems to have reached an unfortunate pinnacle with tanks rolling through the streets of Ankara and Istanbul and jet-fire over the Bosphorus.

As of today, we can not be sure about anything that will happen to Turkey in the near future. We can just be sure that yesterday was not a good day for freedom and political liberalism. This urges us to reassure our brave friends from 3H that they have our full and unconditional support more than ever:

IFLRY President Pauline Kastermans: “What happened in Turkey last night felt like history in the making. But not good history. In these scary times we want to reach out to our friends from 3H and tell them that we are not only with them with our thoughts and hearts but we stand closely by their side in their fight for a free and secular Turkey. Be assured of that. Until then: stay safe in these days of turmoil!”

LYMEC President Sissel Kvist: “There is plenty to talk about what exactly happened in this political earthquake and the roles of president Erdoğan, the military, the muezzins calling for a civil uprise, and the motivations of the people on the streets. However, it is more important to show a way out of this chaos than only unfolding it. We therefore call upon the Turkish authorities to remain calm headed in the treatment of the putschists, to refrain from further violence and to enter constructive and peaceful dialogue with oppositional forces and the civil society.”