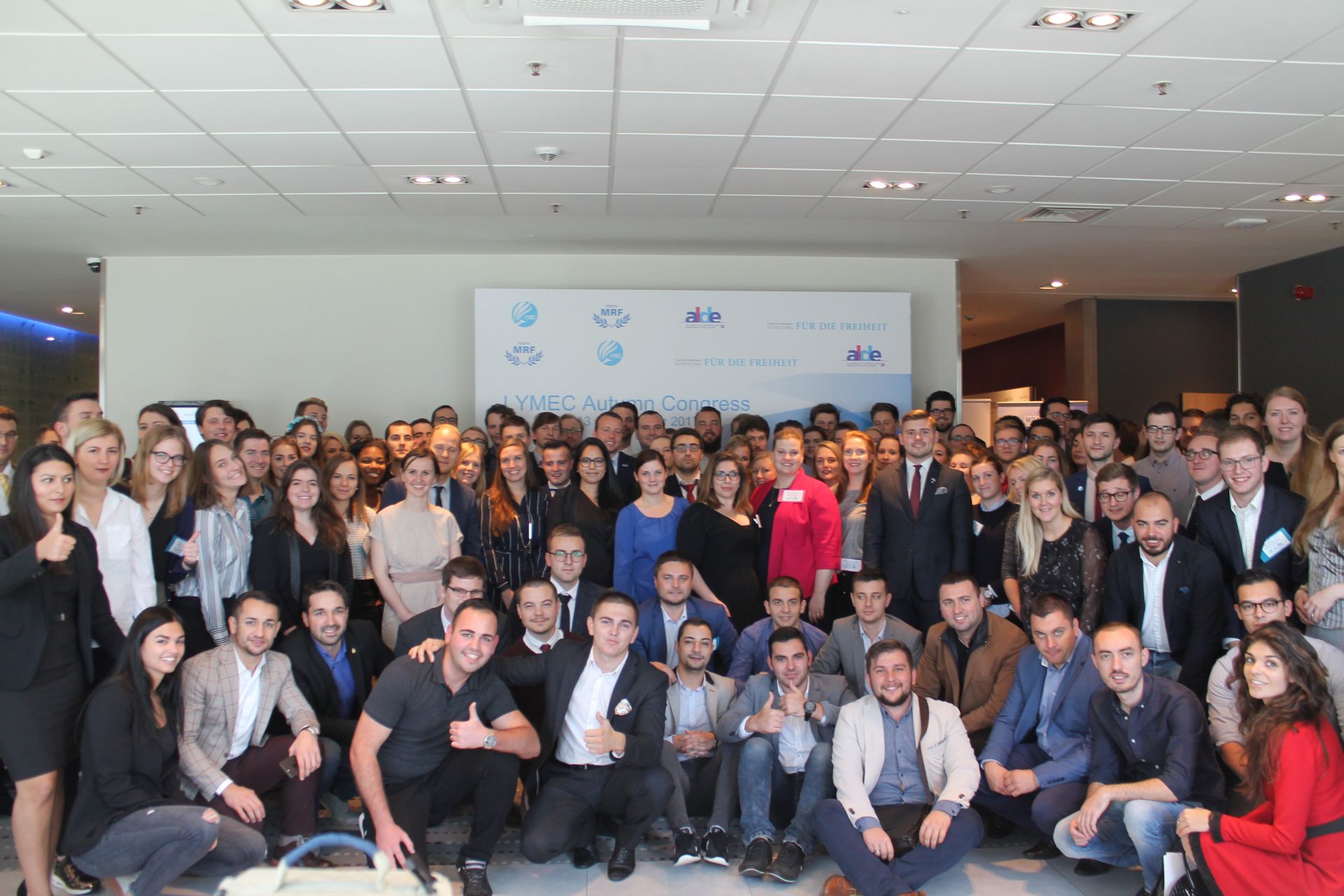 Last weekend over 130 Young Liberals from all over Europe and beyond gathered in Sofia, Bulgaria for our Autumn Congress.

The Congress was preceded by a seminar on “Transatlantic Partnerships” in cooperation with the European Liberal Forum. In this seminar speakers like Hans Van Baalen (MEP, President of ALDE Party), Elena Poptodorova (Former Ambassador of Bulgaria to the United States), Dr. Solomon Passy (former Minister of Foreign Affairs of Bulgaria), Akilah Ensley (DNC Youth Council Co-Chair), Valentin Tonchev (ELF Transatlantic Lab) and Bjorn Bonsdorff (Researcher on European defense) addressed the participants and shared their views on the Transatlantic partnerships in today’s world.

The Congress itself started with an opening statement from our President Sissel Van Run-Kvist thanking Youth Movement for Rights and Freedoms for their hospitality and for hosting the Congress. Then Ilhan Kyuckyuck (ALDE-group MEP, ALDE-party Vice President), Daniel Kaddik (FNF southeast Europe Project director), Mustafa Karadaya (President Movement for Rights and Freedoms) and Hans Van Baalen (ALDE-group MEP, ALDE Party president) gave opening speeches. The speakers argued for the possibility of EU enlargement to the Western Balkans. They expressed their hopes for the future of the EU and stressed the importance of young people in this future.

During the congress, the participants discussed the bureau reports, the finances, the new financial protocol, and accepted a new associate member organisation. We are very happy to welcome the Liberal Democratic League of Ukraine to LYMEC!

Further the congress discussed, amended and ultimately accepted resolutions on matters ranging from the western Balkans enlargement process to the role of education in the fight against youth unemployment. There were two urgency resolutions which the congress accepted. The first was the condemnation of the recent violence in Catalonia. The second was a resolution to prevent Romania to conduct a referendum which could out-rule same-sex marriage. The congress expressed its concerns to the rights of the LGBTQ-community in Romania after this referendum. It also sparked an interesting ideological debate whether Human Rights Issues may or may not be decided by a referendum. All adopted resolutions become official LYMEC policy and are included in the policy book of the organisation.