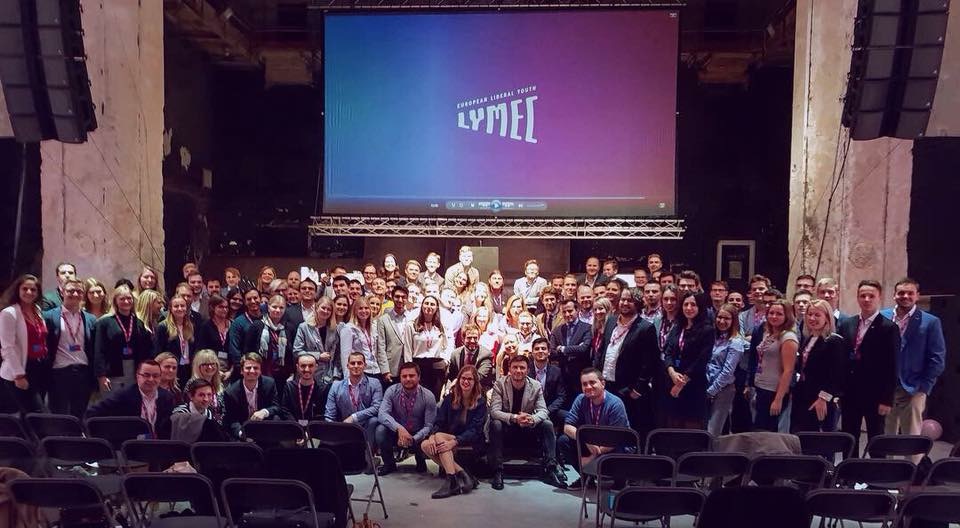 Last weekend young liberals from across Europe gathered in Vilnius, Lithuania for the LYMEC Autumn Congress 2018.

The Congress was preceded by a seminar on “Campaigning on Social Media” in cooperation with European Liberal Forum (ELF). In this seminar our Vice President Edgaras Mascinskas, Giorgia Bozzini (Communications Officer of ELF), Florian Ott (Former Press Officer of JuLis) and Agne Belickaite from Integrity PR shared their knowledge and experiences on how to create a successful campaign on Social Media.

On Friday 12th of October, our congress started with an opening statement from our President Svenja Hahn. This was followed by opening speeches from our guest speakers Mykolas Knyza (Chairman of LLY), Aušrinė Armonaitė (Member of Parliament, Vice President of Lithuanian Liberal Movement), Lubos Konecny (Program Officer for Europe, International Republican Institute IRI), Arnoldas Pranckevičius (Head of the European Commission Representation in Lithuania) and Remigijus Šimašius (Mayor of Vilnius). Although representing different organisations, they were unanimous on the importance of a united free Europe. On Saturday we were also addressed by Petras Auštrevičius, MEP and Luis Alvarado Martinez, President of the European Youth Forum, who both echoed the sentiments of the other speakers the day before.

After the speeches, the bureau had a big announcement to make. Hence, this Autumn Congress was not an ordinary one; it was a congress of new beginnings. And with new beginnings comes a new identity – a new logo and visual identity to represent our organisation and what LYMEC stands for!

During the congress, the participants discussed the bureau reports, finances and resolutions. All adopted resolutions can be found here. Further, and perhaps more central to this congress, were three main subjects. One of them is that the congress adopted a new Program of Action. A Program of Action is the main framework, which defines the goals and strategies for the Bureau. In Vilnius, the congress decided to give LYMEC a more result-driven, professional and concrete framework established on the core of liberalism.

Another major happening was the adoption of the LYMEC Electoral Manifesto. In order to become more political ahead of the European Elections, the approved document identified key political areas and issues, allowing LYMEC to prioritize and focus on the most important political topics. The member organisations had already previously decided on the six topics (Democracy and structural reform, Defence and cyber security, Digital market and trade, Education and labour market reform, Environment and Migration)  that should be given extra priory during the election campaigns.

The congress ended with a farewell costume party in honour of The Singing Revolution during the 1980’s and ‘90s. We would like to thank Lithuanian Liberal Youth for their hospitality and their contribution to this successful Congress. Last, but not least, LYMEC would like to thank all the participants for their proposed resolutions, amendments and constructive debates that all together resulted in a successful congress!