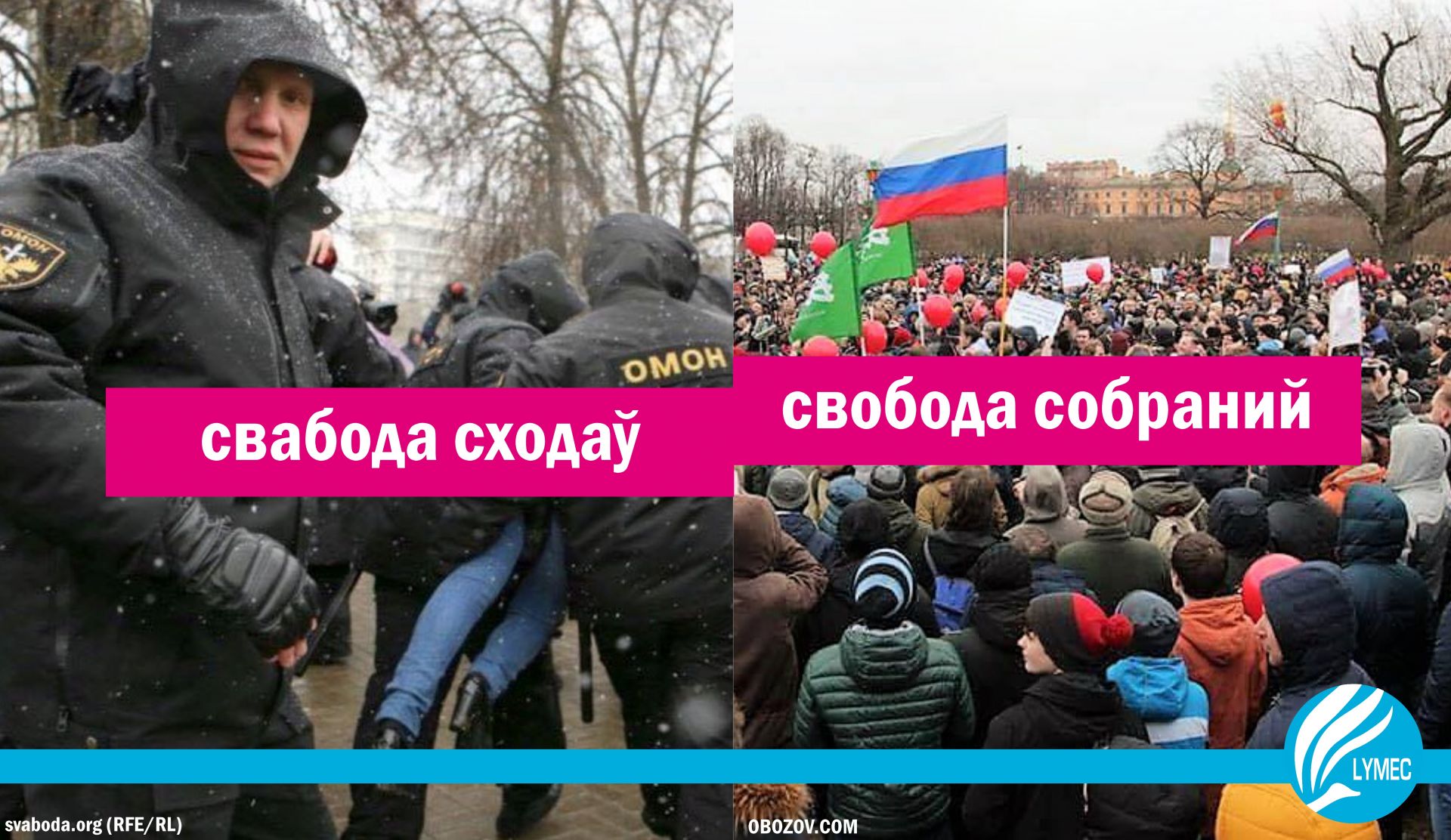 While people across the EU marched to celebrate peace, prosperity and democracy on the 60th anniversary of the Treaty of Rome this weekend, people in Belarus and Russia took to the streets to demonstrate against their respective regimes and their actions.

On Saturday in Belarus, thousands of people took to the streets of Minsk to demonstrate against the country’s dictator Aleksandr Lukashenko and his failed economic policies. In the days leading up to the demonstration, 100 opposition supporters were arrested and people were warned by the regime to stay home, but this did not stop them. However, before the demonstrators could even start their march, they were stopped by policemen and soldiers who did not hesitate resorting to violence while arresting as many as 400.

On Sunday, across Russia people also took to the streets to demonstrate against their corrupt government. Yet another example of the illegal practices by the Kremlin leadership was recently exposed by opposition leader Alexei Navalny and the Fund for Combatting Corruption. This led thousands of people in cities all over Russia to stand up against the government. While the demonstrations remained peaceful, the police aggressively arrested and detained hundreds of people, among those Alexei Navalny and members of the international press.

Participating in peaceful protests and exercising the freedom of speech are fundamental human rights. The strong reaction by the authorities in both Belarus and Russia to the peaceful demonstrations only confirms that these are not democratic and legitimate governments but rather the opposite. LYMEC calls for the release of all demonstrators in both countries, and for the regimes to respect the basic human rights of freedom of assembly and expression.  Moreover, LYMEC want to express our utmost respect for the brave demonstrators and their continued battle for democracy and rule of law.