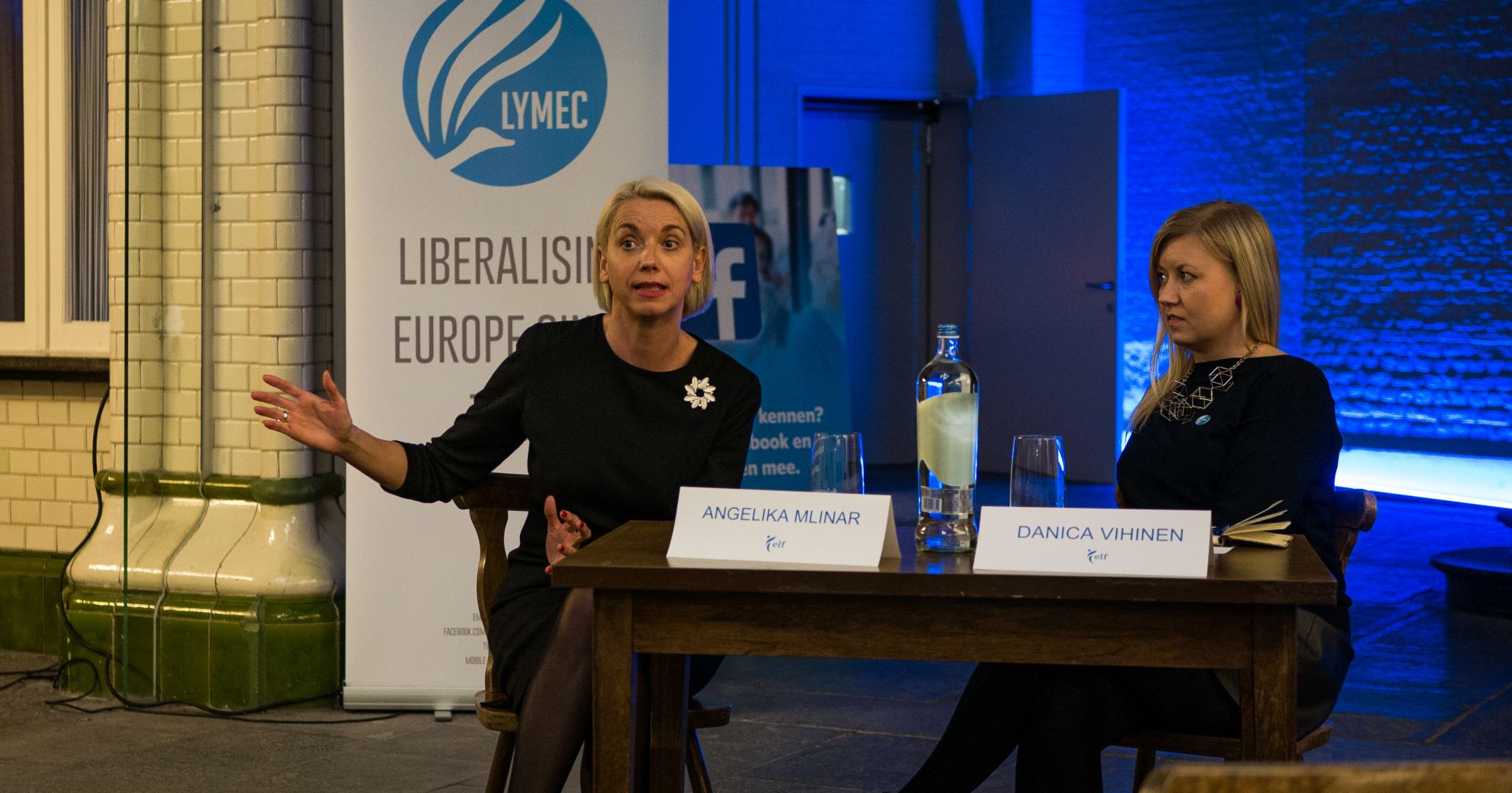 Friday the 10th of November LYMEC had the pleasure of launching the organisation’s first mentorship programme. Eight young, aspiring politicians running for a seat in either national or European Parliament elections will go though an intense 5 month programme focusing on their professional and personal development via tailor-made development plans.

Each mentee has been linked up with a senior politician as their mentor, all being either MEPs, former ministers or MPs and all are also leading characters within the ALDE Party political family. The uniqueness of the LYMEC Mentorship Programme is that the mentor and mentee come from different EU countries.

“As LYMEC we truly believe in learning and sharing best practice across EU, so it was clear from the start that we wanted to take a European approach. Our mentees already have support from their national parties, but with our programme we add a European dimension”, says LYMEC president Sissel van Run-Kvist.

“The interest from both potential mentees and mentors have been overwhelming, and we are grateful to have so many experienced politicians on board, who have found the time to support the new initiative and take part in developing the next generation of liberal politicians.“

Taking part in developing the next generation of liberal politicians also seems to be the main motivations for the mentors.

One of the mentors, Astrid Thors from the Swedish People’s Party in Finland, former MP, MEP and Minister for Migration and European Affairs, says:

“The world needs more than ever young people who can make distinctions between right and wrong, false and true and can argue for the future, not playing with fear from the past. Therefore I am more than happy to take part in the program”.

Angelika Mlinar from NEOS in Austria, MEP, also has a similar motivation to participate seeing a need for more young elected politicians:

“Politics means shaping the future and I think this should be done by the people living this future! That’s why we need young liberal politicians.”

LYMEC will follow the progress of the mentees throughout the programme and the lessons of the programme will be presented at the LYMEC Spring Congress in Berlin in April 2018.

The Mentorship Programme was made possible due to the support by European Liberal Forum and the Launch Event was arranged in cooperation with Studiecentrum Albert Maertens.