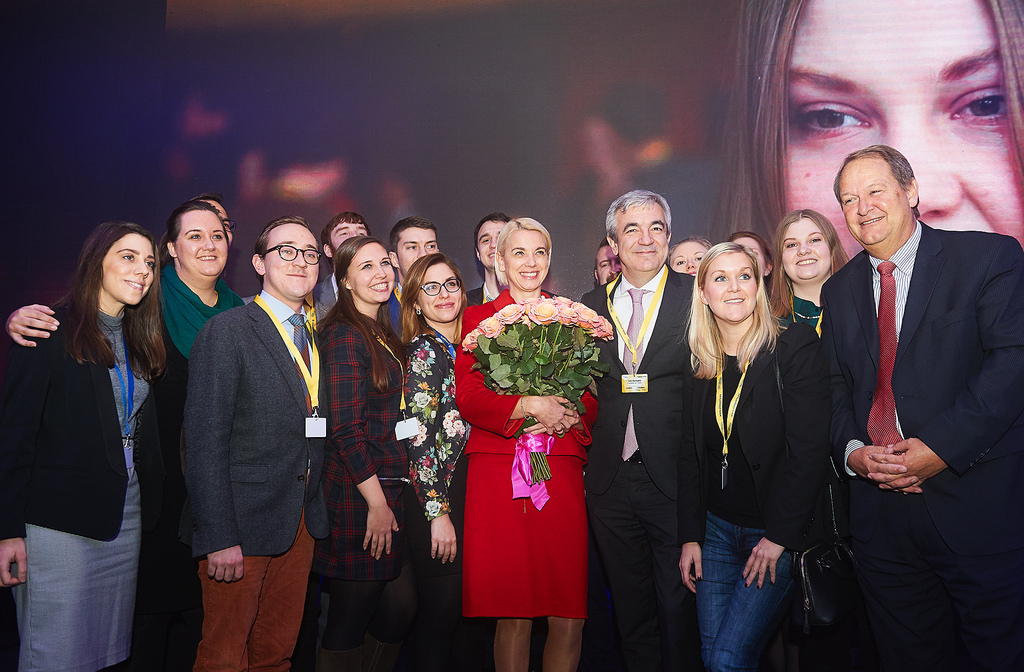 During the first days of December liberals from all over Europe gathered in Warsaw, Poland, for the annual ALDE Party congress. LYMEC was represented by a strong delegation of ten voting delegates and the Bureau and office as a supporting team. Besides the official LYMEC delegation many representatives from LYMEC member organisations were included in their mother parties’ delegations, so all in all the young liberals were strongly and visibly present at the congress.

For LYMEC the preparations started months before the actual congress, by deciding on the theme for our resolution and later by making amendments to most submitted resolutions. The delegation met over skype several times ahead of the meeting, discussing the LYMEC stance on the topics of the resolutions as well as deciding on the responsibilities within the delegation.

At the congress LYMEC presented a resolution on youth unemployment and co-signed a resolution on women’s and girl’s right to their own bodies. Both resolutions were adopted with strengthening amendments and an overwhelming majority support.

The LYMEC delegation at the ALDE Congress received good feedback from the other delegations and put a clear mark on the Congress with all its contributions in shape of resolutions, amendments and input in the debate.

Besides shaping the policies LYMEC also inteviewed all the candidates for ALDE Bureau positions. The interview is a longstanding tradition for the LYMEC delegation and gives the delegates and other present young representatives the opportunity to learn more about the future ALDE Bureau members and set a basis for the relationship and future cooperation.