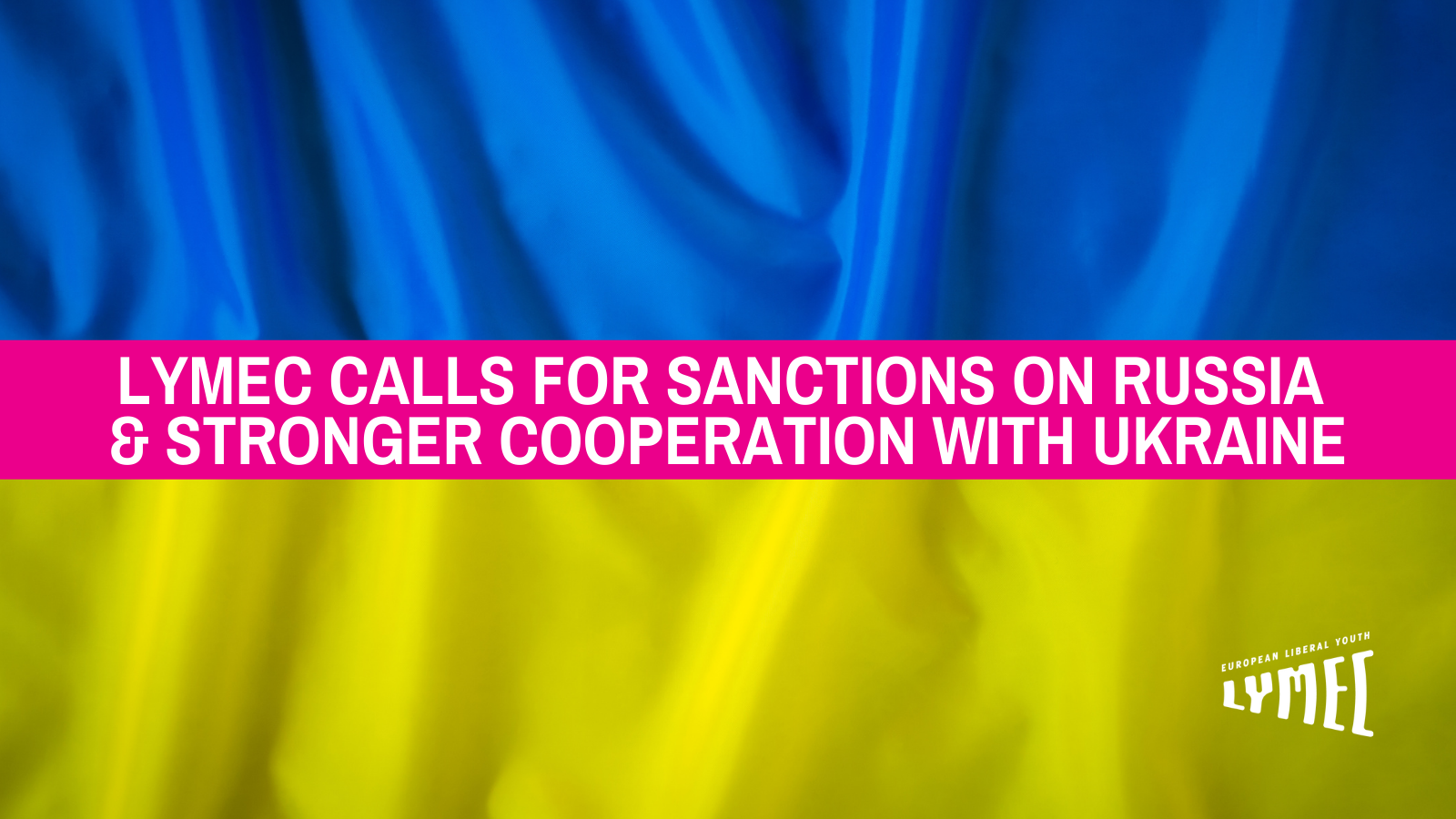 LYMEC CALLS FOR SANCTIONS ON RUSSIA AND STRONGER COOPERATION WITH UKRAINE

Russia’s recent actions in Ukraine are in violation of international law and can only be viewed as a start of an invasion. This must not go unanswered - LYMEC urges the European Union to act swiftly and impose sanctions on Russia.

Yesterday, Russian President Vladimir Putin decided to recognize Donetsk and Luhansk as independent territories. A moment after the declaration, Russia issued an order to send troops to Donetsk and Luhansk for ‘’peace-keeping’’ purposes. These actions constitute a start of an invasion and require an immediate response.

LYMEC calls on the European Union to act urgently in identifying and imposing well targeted sanctions against Russia.

We want the European Union to be firm on its principles and make it clear that any actions violating another sovereign country’s territory, international laws or escalating conflict will be acted against in unity and will bring about significant consequences. A possible step to assure effective sanctions is by aiming at Russia’s weakest point – the economy. Economic sanctions would exclude Russia from the international digital financial market and make it impossible to engage in most international financial transactions. Moreover, any further plans on approving Nord Stream 2 should be stopped as long as Russia is maintaining its aggressive military approach in Ukraine.

Lastly, we call on the European Union to act as one and strengthen the support to Ukraine and its people. Ukraine does not only need words of solidarity and concern but also direct military assistance, so that in the event of further escalation, it can respond appropriately to Russian aggression and defend its borders and values, which it shares with the European Union.