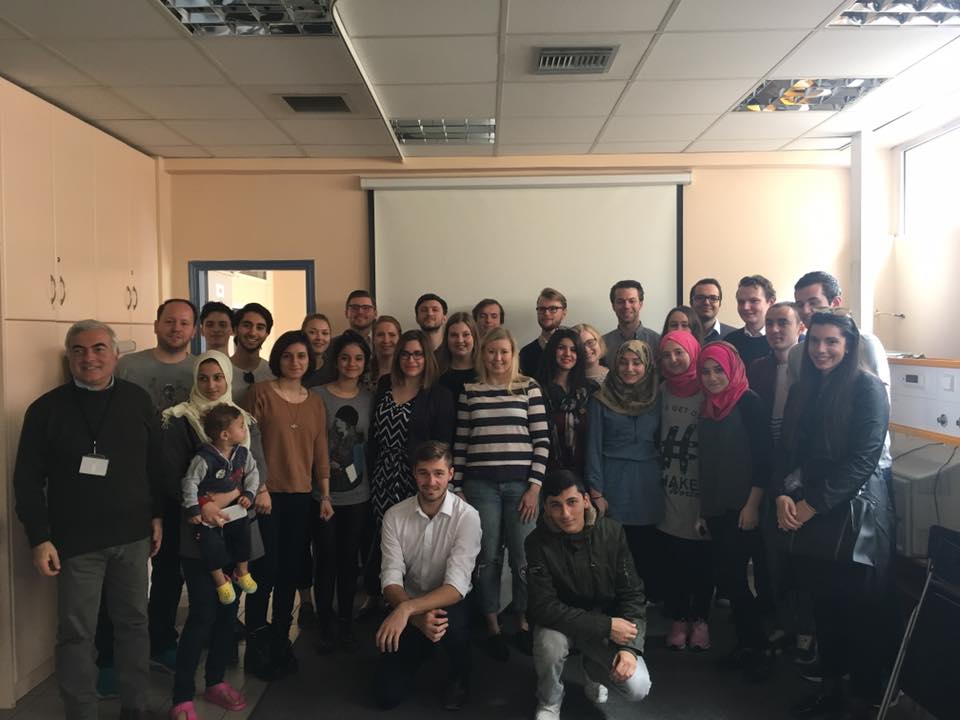 LYMEC Bureau and several members of LYMEC spent the first weekend of March in Athens, Greece to take part in the seminar ”The New Europeans” and to discuss on how to turn the story of the refugee crisis into a story of successful integration. They experienced hospitality of crisis centre in Greece and they had a chance to meet few teenage refugees to learn directly from them about their current situation. Read the article written by Sissel Kvist, the President of LYMEC.

Many good proposals were on the table during “The New Europeans” seminar, both from the participants and from the experts. I especially liked the point from Moawia Ahmed – the president of the Greek Migrant Forum – who underlined the need to talk about immigrant and refugee participation in civil society and the labour market instead of integration. Many participants stressed that work is the key to success stories, while others highlighted the participation in sports, culture and arts as a way both to meet locals and to process the horrifying experiences that many of refugees have encountered on their way to Europe.

While I believe the most of the participants – if not all – had an idea about dangers refugees face in their search for safe haven, it was crystal clear for everyone after we saw the documentary 4.1 Mile. The powerful documentary says story about the local coast guard on the Greek island of Lesbos and shows how they risk their own lives saving refugees. You could hear the desperate cries and see the pictures of children and infants receiving CPR after drowning. You follow the locals in their tireless work but you could see also their frustration over that the leaders in Europe remain passive. The documentary left me in tears and incredibly ashamed about how humanity fails. However, it also filled me with admiration for the local volunteers who take action, while the heads of state in Europe look the other way.

We also had the opportunity to visit the local Welcommon Center, housing some of the refugees deemed most vulnerable. A former hospital turned into the center with the help of volunteers in just six weeks. Volunteers are also the driving force behind the learning, health and therapy activities taking place, dedicated not only to refugees but also to local citizens in need. Once again, we could see with our own eyes how civil society steps up when politicians fail.

Not surprisingly the most heart-breaking session was the talk with some of the teenagers currently waiting for the system to reunited them with their families in countries such as Germany and Denmark. While they have been granted the right to move to their relative (children being separated from parents in all cases we met), they do not know when it happens as the system is so slow and bureaucratic. It seems so unfair that we could just hop on a plane to whatever place we call home, while these children have to live in uncertainty and with their life on hold. The most devastating movement was however when a 15-year-old girl answered the question about her dream when she admitted that she does not dream anymore, she just lives day by day.

There is no excuse for having a system that separates families for months, even years. Moreover, the inhumane policies practiced by most governments in Europe are so short sighted. Worrying about the wellbeing of your loved ones does not speed up learning a new language or finding a job. Kids and teenagers in the Welcommon Center are losing years of formal education just because they are not part of the education system.

While seeing the failure of the system and our leaders was unpleasant, I left Athens with optimism: both because of the act and effort of civil society which was truly inspiring but also because so many of the participants said that the weekend had changed their perspective. For some it was even their first time meeting refugees. LYMEC is forming the next generation of politicians and it seems like they won’t repeat the mistakes of the current generation.