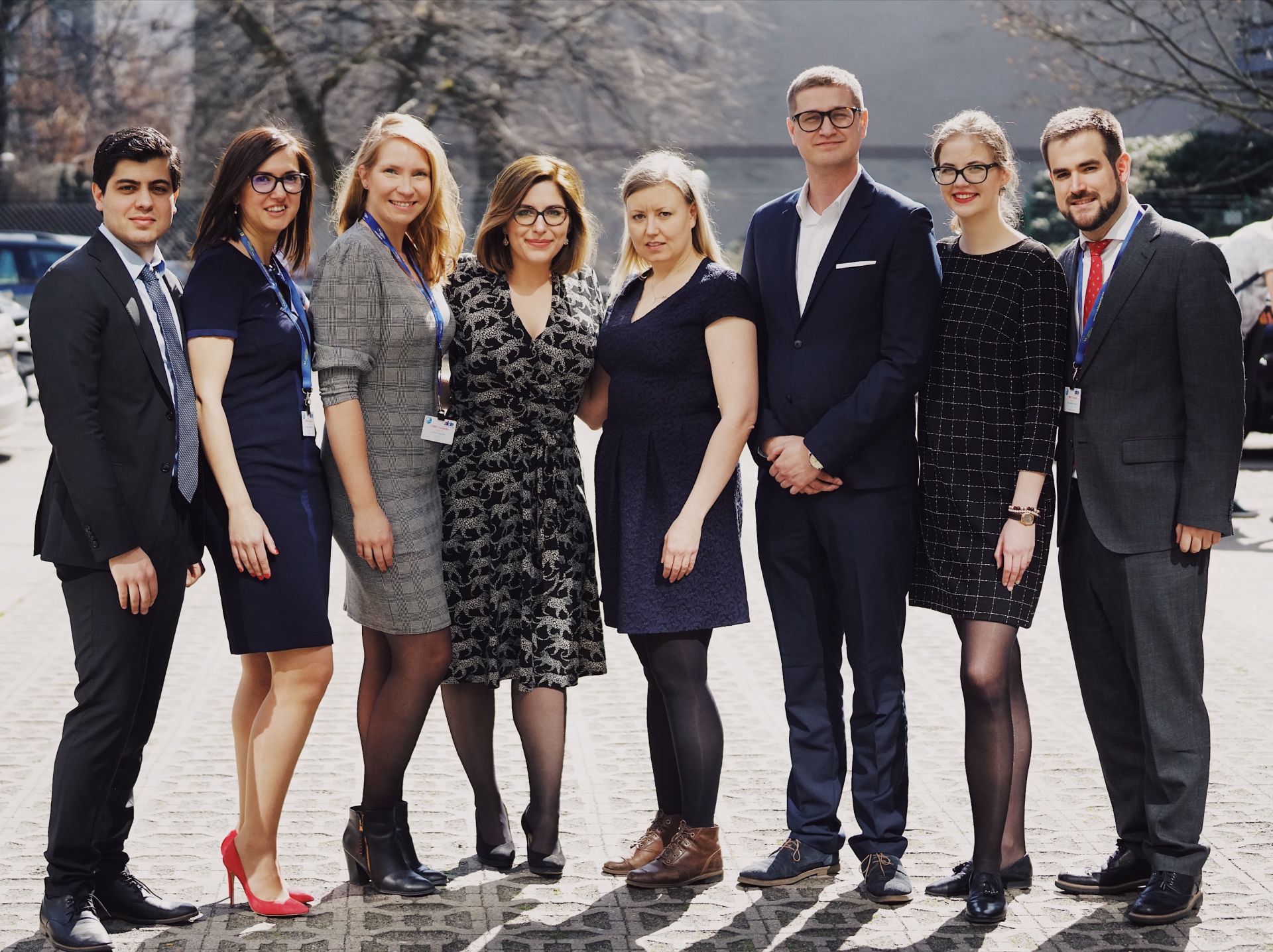 Last weekend over 130 young liberals from all over Europe gathered in Berlin, Germany for the electoral congress of the European Liberal Youth (LYMEC). The congress handled statutory matters, debated policy and elected a new leadership for the upcoming two years.

Svenja Hahn, 28, was elected LYMEC president for 2018-2020. Svenja, who was Vice President in the 2016-18 LYMEC Bureau and Press officer before that, was nominated by the German member organisations Junge Liberale and Bundesverband Liberaler Hochschulgruppen. In her acceptance speech she emphasized that it’s time for young liberals to show the way and turn the challenges Europe faces into opportunities.

“The time for thinking in patterns like black and white is over. Liberals think in opportunities and challenges. One year ahead of the EP elections Europe for sure faces many challenges but LYMEC will work to turn them into opportunities. Opportunities for an EU that offers more to its future citizens than to any generation before. We will make sure LYMEC puts topics that matter for youth high on the agenda with our political partners in ALDE Party and ALDE Group. Because only with joint forces can we create a progressive and liberal future.”

Svenja will be supported in her role by Edgaras Mascinskas as Vice President. Edgaras, who is an individual member of LYMEC, lives in Brussels but is originally from Lithuania. He was the campaign and communications officer in the past Bureau. Lena Höglund from the Swedish Youth of Finland was elected as Treasurer. Lena was the policy officer in the 2016-18 Bureau.

The new Bureau Members are Antoaneta Asenova from the Bulgarian member organisation Youth Movement for Rights and Freedom, Pau Castellví Canet from the Catalan member organisation Joventut Nacionalista de Catalunya, Deimantė Rimkutė from Lithuanian Liberal Youth (LLJ) and Dan-Aria Sucuri from the Liberal Youth of Sweden (LUF). The congress also confirmed the re-appointment of Danica Vihinen as the Secretary General for a second two-year mandate.

The congress was preceded by a seminar, organised in cooperation with European Liberal Forum, on the Liberal Fightback, lifting the mood ahead of the 2019 European Parliament elections by reminding the young liberals how liberal parties across Europe have fought their way back after major losses. The seminar was a kick-off for LYMEC’s work to support young candidates and its member organisations ahead of the elections.

The congress also discussed resolutions on a broad spectrum of topics ranging from digitisation and artificial intelligence to education, institutional reform and minority rights to name a few.

LYMEC would also like to take this opportunity to thank the former President Sissel van Run-Kvist for her many years of dedication to the organisation, as well as the outgoing Bureau Members Marijn de Pagter and Kevin Tammearu for their work and commitment.

A press release regarding the elections can be found here