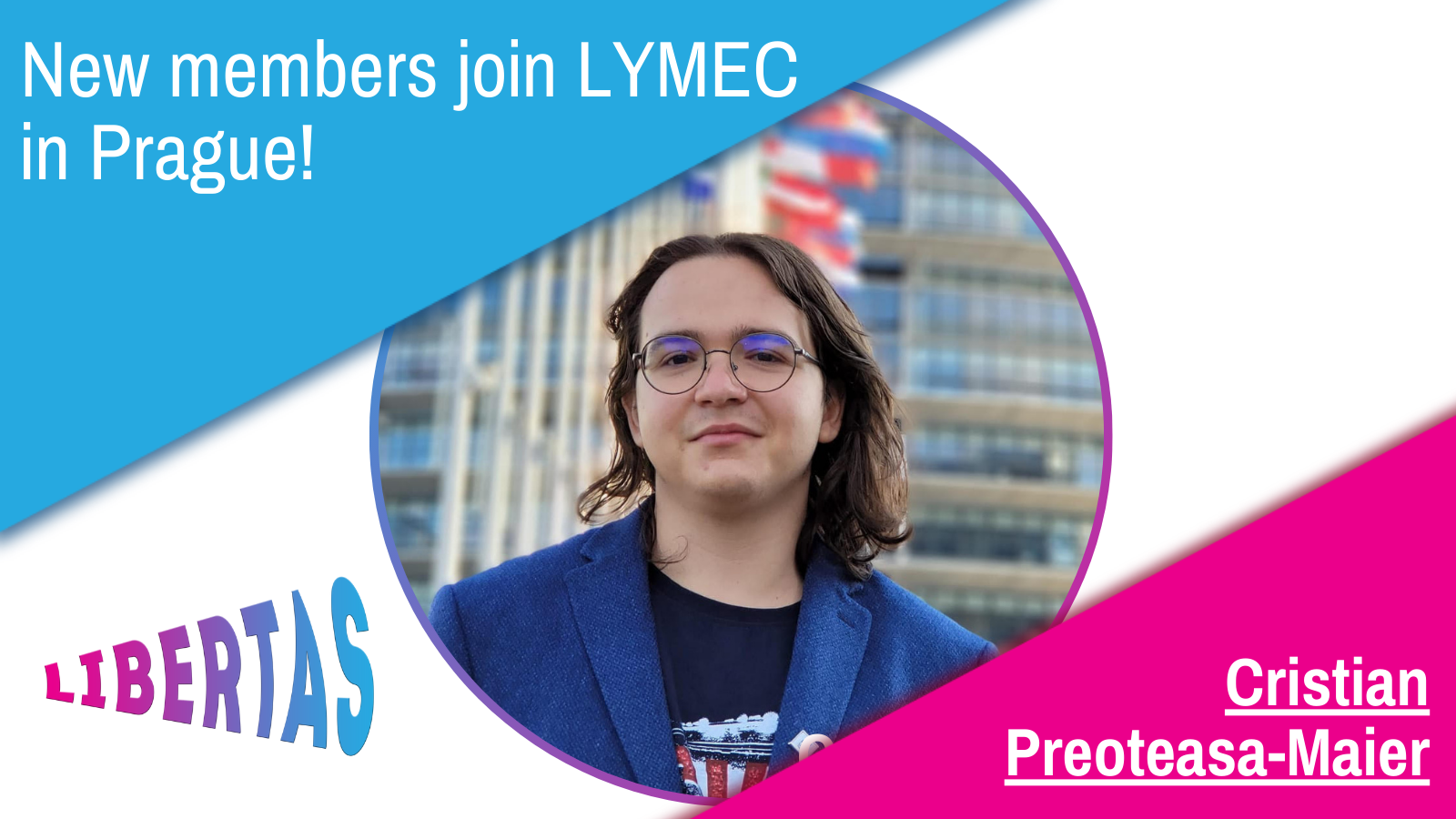 The beautiful city of Prague was been the host of LYMEC’s latest congress. The European liberal family elected its new bureau and managed to discuss some of the resolutions proposed by its member organisations. Furthermore, LYMEC welcomed new organisations to its umbrella, both as associate and full members.

It is always great to see that new organisations want to align themselves with the broader European family. Those that joined were NEODEPA (Cyprus), Ze!Molodishka (Ukraine), as associate members, and Young Green Liberals Switzerland, Movement For! Youth (Latvia), and Vesna (Russia) as full members.

Here are some of the statements of the new organisations, which joined us in Prague.

NEODEPA: “We feel honoured and excited to be joining LYMEC and becoming a member of the European liberal family! We would like to thank all of LYMEC’s MOs for voting for our membership application and to all delegates in Prague who extended such a heartwarming welcome to myself and by extent the entire organisation of NEODEPA!”

Ze!Molodishka: “For us Ze!Molodizhka became not only an Associate Member of LYMEC last week, but we feel like we were a full part of EU Liberal family a long time ago.  All of us are open-minded, generous, tolerant, able to live with ambiguity, ready for arguments that we don’t feel we have to win.  LYMEC for us is a place where everyone has the opportunities they need to thrive. I think together we can work towards a lean government that minimises interference in our daily lives; and maximises individual and private sector initiative.”

The Young Green’Liberals Switzerland are also thrilled to have become full members. Founded in 2017, this Party is increasingly popular on the Swiss political scene. Proud defenders of not opposing green and liberal policies, the party is also active in defending LGTBQI+ rights and progressing on labour rights as parental leave. They also strongly believe in the need to settle on the framework agreement with the EU. "Our generation will have to meet very important challenges, like climate change, and only coordinated policies with our main democratic and political partner will make reaching our objectives possible. Being part of LYMEC means creating a network of the liberal leaders of tomorrow", announces Virgnie Cavalli, co-president of the party, in her opening speech.

Movement For! Youth: “Full membership of LYMEC for our youth organisation means taking greater responsibility for the values ​​of liberal democracy in Europe's liberal family of young people. We are the future of Europe and we must defend democratic decision-making, freedom of expression, rule of law, social justice and equality. We will work and increase our influence together with all the other youth organisations of the European liberal parties.”

We look forward to a fruitful cooperation with them in the future and to help them spread in their own countries the liberal values that LYMEC holds so dearly, and to stand stronger together to maintain them in the EU.

Cristian Preoteasa-Maier (RO) is a member of LYMEC representing USR Tineret. He has been active in the sphere of liberal politics since 2019, when he participated as a delegate to LYMEC's Autumn congress in London. He graduated from Loughborough University in the UK, where he studied Politics and International Relations for his BA, and Sport Management, Politics and International Development for his MSc. He is a fan of West Ham United and he is a geopolitics aficionado.