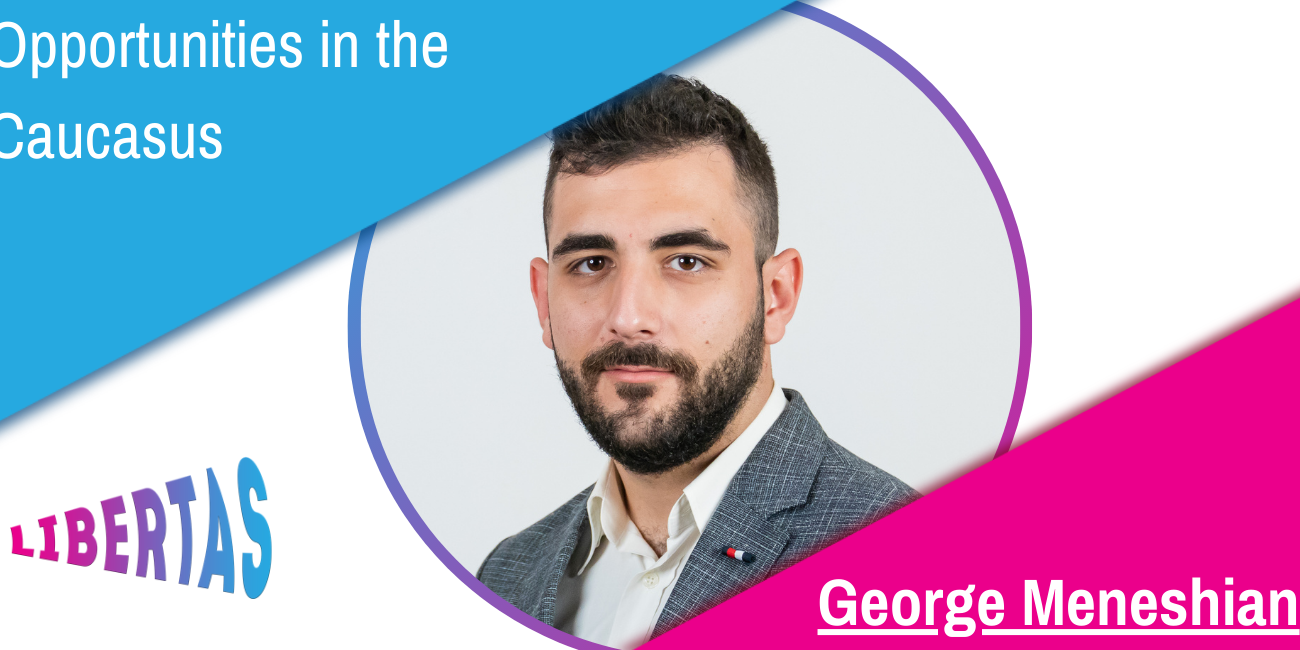 Opportunities in the Caucasus

The recent war in Nagorno-Karabakh confirmed Russia’s regional hegemony and Turkey’s political and military penetration in the Caucasus region. The EU however was absent and played no essential role in resolving the Armenian-Azerbaijani conflict over the disputed Nagorno Karabakh region. The dynamics the Eastern Partnership might possibly have, France’s membership in the OSCE Minsk Group, and the EU’s fundamental interest in peace and human rights were not enough to make the EU a part of the peace negotiations, and Europe seems to be absent from the developments in the Caucasus, despite the fact that this area is geographically a part of Europe.

In the last decade, the EU and the USA have neglected the Caucasus. Europe had to face issues emanating from the Eurozone Crisis, Brexit, the Arab Uprisings and the refugee crisis, while Obama’s ‘Pivot to Asia’ and US foreign policy under the Trump administration distanced the Americans from the region. On the other hand, Russia and Turkey expanded their presence in the region especially after the recent Armenian-Azerbaijani war.

The absence of the West from the Caucasus affairs meant that the EU was unable to prevent the semi-authoritarian backlash in Georgia, support the democratisation of Armenia following the 2018 revolution or mediate between Baku and Yerevan to avoid a large-scale war in Nagorno Karabakh. The EU should not, of course, seek to directly confront Russia in the Caucasus. This could be dangerous. After all, the Caucasus is considered to be the backyard of Russia which itself is also part of the region. The EU should follow a more realistic and pragmatistic policy towards the Caucasus; including the empowerment of democratic values, the protection of human rights and the peaceful resolution of conflicts. Moreover, the EU can and should prevent the region from becoming a proxy war-arena between Turkey and Russia, by using diplomatic means, financial aid, and soft power.

Even following the second Karabakh war (September-November 2020), the EU had many opportunities to “return” to the region as an impartial mediator. Despite some voices in the European Parliament, the EU has not done much for the return of Prisoners of War (POWs) or for the protection of cultural and religious monuments in the disputed Nagorno Karabakh region and its surrounding territories. Most importantly, the EU is not even vocal about the new escalation between Armenia and Azerbaijan after the crossing of the State borders of Armenia by Azerbaijani troops and the penetration in the Armenian provinces of Syunik and Gegharkunik.

The EU has come to the conclusion that the countries of the Caucasus cannot join its ranks. Nevertheless, the EU has the capabilities in coordination with the Council of Europe and the OSCE, to contribute to peace and stability in the region. What can the EU do?

Armenia has suffered immensely from the recent war with Azerbaijan. The EU must ensure that Armenia will continue its democratisation process, which is virtually comatose after the defeat in Nagorno Karabakh. Armenia’s next general elections in June cannot guarantee the end of the political crisis or the military’s intention to intervene in the political life of the country. Moreover, the EU must be aware of the expansion of Russia’s military footprint in Armenia; recently, Russian troops established new military posts in Southern Armenia. The other issues that must be taken under consideration are the situation with the refugees from Karabakh, Armenia’s small and unstable economy and the active blockade imposed by Turkey and Azerbaijan in the early 1990s.

Regarding Azerbaijan, the EU must take action and place pressure on the regime to stop oppressing free journalists, activists and members of the opposition. Azerbaijan is important for the EU because of its natural gas revenues and the TANAP and TAP pipelines that transfer Azeri natural gas to Europe through Turkey. However, the EU must not ignore the fact that Azerbaijan is an authoritarian state, and that the regime is constantly violating fundamental human rights. Another important aspect is that Azerbaijan does not follow regulations with regard to environmental protection. The EU has taken a big step ahead with the Green Deal. It is time to convince the countries of the region to follow suit.

The Nagorno Karabakh conflict is one of the most important obstacles for regional peace and stability. The EU should take advantage of France’s membership of the OSCE Mink Group – established for the peaceful resolution of this conflict – and play a more active and proactive role in the future negotiations for the political status of Nagorno Karabakh and the peaceful resolution of the conflict between Armenia and Azerbaijan. However, the negotiations cannot be started without the return of the Armenian POWs from Baku, the termination of Azerbaijan’s campaign to eradicate the Armenian cultural heritage from the territories it recaptured last autumn, and without the resolution of the more recent crisis in the Armenian – Azerbaijani border. The EU should, also, take initiatives and help Azeri and Armenian refugees or IDPs to return to their homes and do more for the internationalisation of the conflict; otherwise, Russia and Turkey will continue to take advantage of the West’s absence in the region. Most importantly, the European institutions but also European political parties and organisations (like ALDE and LYMEC) can help NGOs and individuals to make the Armenian-Azerbaijani people-to-people dialogue happen.

Georgia already maintains close ties with the EU. For many years, Georgia was the only country in the region with functioning democratic institutions. However, this has been changing for the last few years and democracy in Georgia is now in peril. The EU can and should prevent the return of semi-authoritarian and nationalist politicians to power. Regarding Abkhazia and South Ossetia, there are not many things that the EU can do. Both breakaway states, and especially South Ossetia, have become de-facto provinces of the Russian Federation. The EU however can help by opening of channels of communication between the societies of Georgia, Abkhazia and South Ossetia.

To conclude, the EU must finally realise not only that the Caucasus is geographically part of Europe but that developments in the region have the potential to impact all of Europe. The EU’s faith in peace, democracy, human rights, and economic development, combined with a concrete and holistic strategy for the region could contribute to the resolution of the longstanding conflicts of the Caucasus, the democratisation of the Caucasian countries and the protection of human rights and minorities in this multi-ethnic and multi-linguistic region.

George Meneshian (GR) is a member of Young Liberals Greece and has been selected as one of the Editors of “Libertas”, the online magazine of LYMEC. Currently, he is a Postgraduate Student at the University of St Andrews (MLitt Middle East, Caucasus and Central Asia Security Studies). He holds a bachelor’s degree on International, European and Area Studies from the Panteion University of Athens. He is the Research Coordinator of the Foreign Policy, Defence and Security Task Group at the Centre for Russia, Eurasia and North-eastern Europe (Institute of International Relations). Furthermore, he is a member and study contributor at the Hellenic Institute for Strategic Studies (HELISS). He is also a regular contributor (weekly foreign affairs analysis) to the Greek news website ‘liberal.gr’ and has published several articles and minor studies in various academic publications, electronic newspapers, and blogs. He is co-author of the book “The Greek-Albanian Relations: problems and perspectives”. He speaks Greek, Armenian, English, and French.