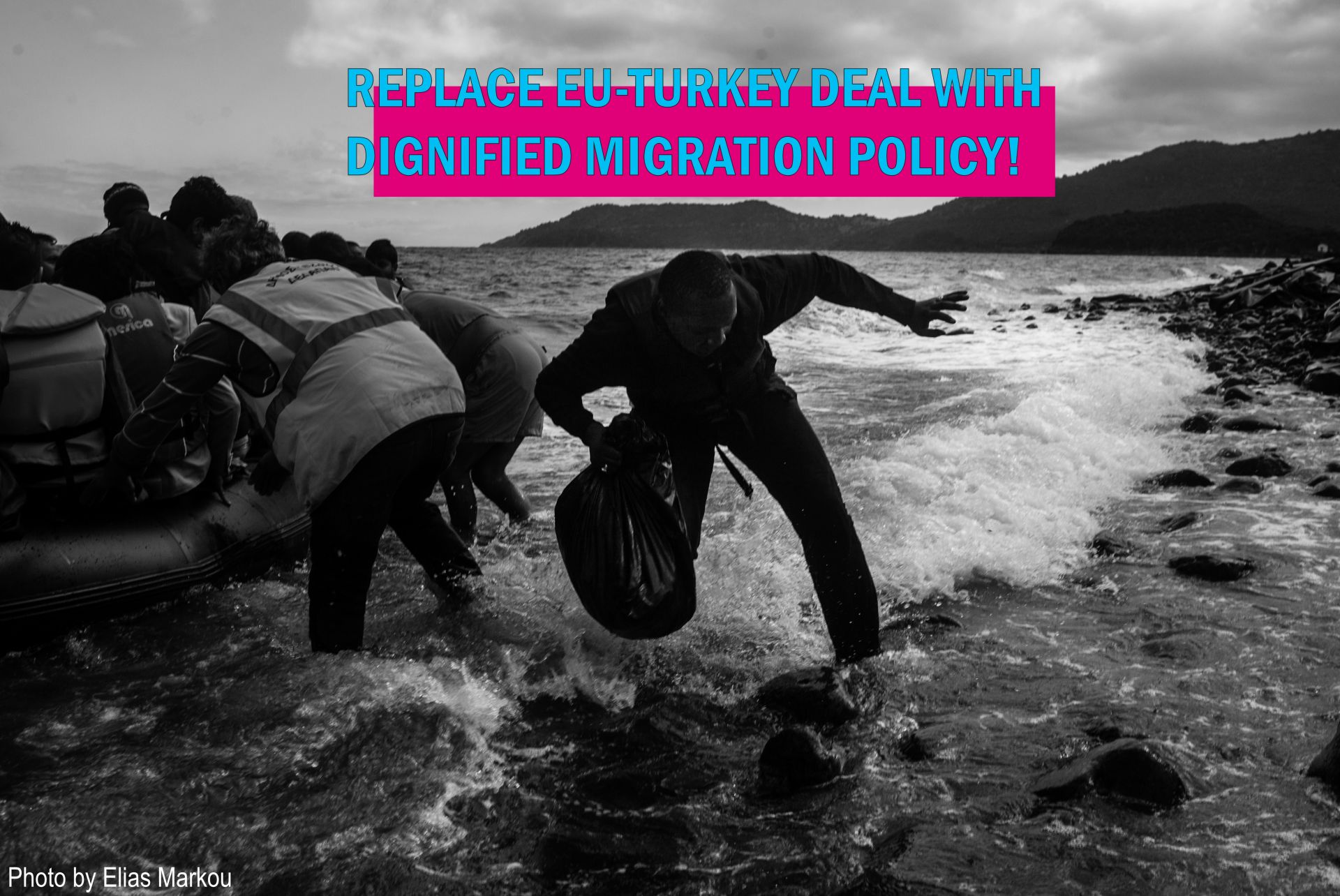 Today, it is one year since the deal between the European Union and Turkey on relocation of refugees came into force.

In the absence of a functional relocation scheme within the European Union, a deal was forged that would effectively push back refugees to Turkey, deemed a safe third country. There are, however, numerous reports from leading human rights organisations that Turkey is not safe for refugees (source: HRW, Amnesty International).

The vast majority of these victims were attempting to reach Italy (source: IOM).

One year later, we regret to note that the EU-Turkey deal has worsened the already dire situation of thousands of displaced persons. Furthermore, deals modeled on the EU-Turkey deal with even less stable countries, like Libya and several countries in North Africa, threaten to lock up vulnerable people in inhumane situations. We therefore demand the following:

1) The urgent implementation of a functional framework for the resettlement of refugees in the European Union. The size of the quotas must reflect the actual needs of protection of asylum seekers.

2) Sufficient support to countries of entry, in particular Greece and Italy, to ensure decent living conditions for refugees and the resources needed to expediently process asylum applications.

3) The abolishment of the Dublin-II regulation and an end to the nationalization of asylum policy in general.

4) The constitution of a European Agency for Asylum and Migration responsible for the examining of asylum applications. This agency has the responsibility to coordinate the national asylum agencies, increase the efficiency and grant for the rights of refugees by consistently applying existing European standards.

5) The creation of more legal channels of migration in order to save lives and reduce human trafficking by all EU Member States to commonly introducing a “humanitarian visa system” allowing refugees to enter the EU territory legally, and thus be able to seek asylum on humanitarian grounds upon arrival. The adoption of common criteria for these visas, and the enabling of asylum seekers to apply to all of the EU countries in any EU embassy by creating a common asylum policy at European level.

6) The revoking of the EU-Turkey deal and the halting of plans for other similar deals with third countries, such as with Libya, until there are guarantees that all agreements with third countries comply with the international humanitarian legal obligations of EU member states. The EU to work together to even out the differences in financial responsibility of member states in managing the external border in order to make sure that no country feel that it is necessary to outsource border control to non-EU countries.

YEL – Youth of the European Left