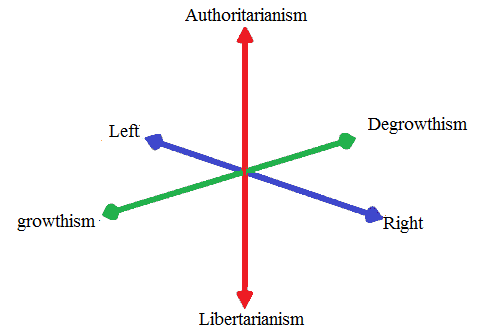 During the discussion about politics, it is frequently possible to hear something like: “Oh, I don’t care about politics!”. And many times, this is different from that distance feeling that bad management or corruption creates. Many times it is a genuine expression of not knowing much about it or political ideologies. Sometimes people don’t know much about politics and their political identity which leads them to be disengaged about it.

Political evaluation quizzes help a lot when it comes to this issue. By questions and answers, these try to see which group fits a person best when it comes to political questions, be it at a local, regional or international level. Some examples of these tools are the political compass, the political typology quizz or, the best of all, I side With. Reason being because it has information about various countries in different translations, several analysis variables, countering the most popular, and, for me, because it can give coherent results more times. It is after all that which makes more justice to the complexity of the issue.

Despite this, in some points like its high sociological dependency and its lack of theoretical basis these quizzes can fail.

Quizzes are usually empirical. This means that characteristics associated with party X are gathered and defined by the responses given by the quiz users. What happens then is that at the end of the quiz people are many times asked to select which party they sympathize with and, thus, the program constructs common characteristics  among these people and gains robustness to outsiders by increasing the amount of answers. What comes out of this is that it can create an image of what it means to be of some ideology, like a conservative, a liberal or a social-democrat by what people think they are and not by what they really believe in.

Then, and reversely, these quizzes have some lack of theoretical basis. If the problem of political ideologies was easy to settle, why would there be the need for political scientists or social scientists to talk about the issue? For science is not only what is done in the lab and there are complex problems that need a deep study and a careful answer, not just common sense. Political parties are groups of principles and values and it is a demanding job to evaluate how people define and order these. For if you talk about opportunities to a Social-Democrat, he will press on the topic of social inequality. And on the other side, if you press on the topic of environmentalism, some conservatives may agree with greens on so much thing, despite the fact that their premises are so different.

But, nonetheless, the positive points of these quizzes exceed by far their frailties. In the end, they can compare opinions and establish reference frames that can match people with some parties with coherence. They can give some light to people who are wrongly identified with some ideologies when they are in fact on another place of mind; And, the best of all, they can counter an apolitical attitude whose major risk is the undermining of democracy.