Pride is not enough 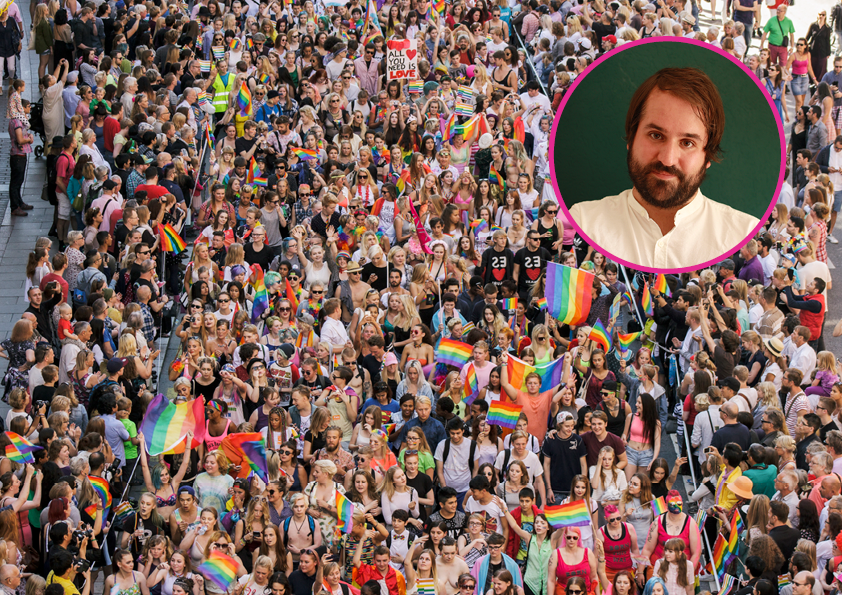 49 years, almost half a century since Stonewall disturbs, we may conclude that the LGBT+ struggle has definitely succeeded. This summer, one of the most colourful remembered, everyone has celebrated Pride: governments, political parties and most importantly, civil society.

But do we really think that the glass is full? Despite positive changes we still hear the omnipresent comments: Why not a straight pride day? If they ask for respect, why don’t they respect others? Why so outrageous? Homophobia persists, also in our very liberal societies, because people tend to impose their personal choices to others, and they are afraid of others imposing their personal choices to them. Being watchdogs on homophobia means to prevent hatred and violence from happening, but also to check if our institutions are effective enough to tackle down the threats still affecting sexual minorities.

Europe is proud of being one of the most tolerant and open-minded regions, together with North America, in which LGBT+ people enjoy the highest life standards worldwide. However, this is far from being enough, and sometimes this feeling of fulfilling prevents politicians and institutions from going beyond the problem. Nowadays, hate crimes against the LGBT+ community do happen within Europe, in the streets of open cities such as London, Madrid, Amsterdam or Berlin; also, transgender people are still a marginalised group, invisible and rejected; same-sex couples aren’t allowed to marry in the majority of the countries represented at the Council of Europe, and even in those countries where we are allowed to marry, we are not allowed to form a family like everyone else because we have limitations to institutions like adoption, insemination or surrogacy.

And yet, the ECHR doesn’t still recognise LGBT+ rights as human rights. It is not due to a rational criterion, but to the fact that LGBT+ people are still being prosecuted in most of the countries of our beautiful continent. While we look at The Netherlands, Spain or the UK, the ECHR looks at Russia, the Caucasus and Eastern Europe. This do affect our values, since LGBT+ people are excluded from protection against, for instance, labour discrimination at the European level. Considering that the EU standards of human rights protection are oriented by the European Convention of Human Rights, we must sadly conclude that, yet, LGBT+ rights aren’t human rights, at least not for the EU.

This year’s colourful pride comes together with a movement of limitation of LGTB+ rights in our society, at the same time. Right-wing politicians, but most surprisingly left-wing politicians, now stand for a return of the morality at the cost of personal freedoms. The ban in Orban’s Hungary of the musical Billy Elliot for being “gay propaganda”, the silence about Chechnya, conservative strongholds in Poland against the gay parade, the allowance of a ban on adoption to same sex couples by the Republican house in Trump’s US... but also a full stop by social democrats in terms of the struggle for LGBT+ rights.

In a debate about surrogacy, the Deputy Prime Minister of Spain, Carmen Calvo (PSOE/PES), stated last June that “fathering a child isn’t a right”, after the liberal MP from Ciudadanos Patricia Reyes asked her to support a UK kind of surrogacy system. Afterwards, she used the typical civilised arguments against the improvement of LGBT+ rights: there are other priorities right now. We had been used to homophobia in right-wing parties, and wrongly thought that left-wing parties would be more liberal in this sense, but we were wrong. Calvo’s party, the Socialist Party, was the one which in 2005 approved equal marriage in Spain, the third country in the world after The Netherlands and Belgium. Now, she refuses to allow gay couples to create a family through surrogacy, a free choice between adults with all the legal guarantees. This is a step back.

It is worthless to be able to marry if you aren’t allowed to create a family. Last years, we have experienced how several countries like China or Russia have banned same-sex couples from adopting there, and this has been followed by others. The access to adoption in Western countries is at the same time very complicated, even in those few countries where it is allowed to same-sex couples. In the case of insemination, the majority of the countries doesn’t allow guided insemination, subsequently limiting lesbian couples’ rights to health information and to select a donor of their preference. Wrapping up: if some politicians believe that fathering children is not a right, they are blocking same-sex couples from being fully integrated as families in our civil society, so if not just surrogacy is forbidden, but also the access to adoption and insemination is tremendously complicated and limiting for same-sex couples. And this is not a matter of biomedical services, but a mere legal prohibition based on morality, again, as an excuse to limit personal liberty.

The LGBT+ struggle is a liberal struggle, because it’s a matter of individual rights and freedoms. It is our commitment to be at the avant-garde of these vindications because of our values and principles, of course, but also because of its absolute empowerment of individual freedom, which is our cornerstone. We must speak out loud and say: “Pride is not enough”, and afterwards persuade, protest and do activism in favor of freedom to be and freedom to love.

We must tell Putin, Orban, Morawiecki, Salvini and Trump to stop prosecuting people for being what they are born to be, to stop censoring free speech, backing hatred and violence and hiding sexual genocides. But we must also tell our leaders, our colleagues of the European Union that LGBT+ rights are human rights, and the institutions must work to protect them, regardless of the opinion of those countries going against the zeitgeist. And last, but not least, we must tell those alleged “progressive” left-wingers that being socialist doesn’t turn you automatically into a tolerant and open-minded person, that they have to be on the side of LGBT+ people and support adoption and surrogacy, otherwise their speech will be just hot air.

Disclaimer: The views and opinions expressed in this article are those of the authors and do not necessarily reflect the official policy or position of European Liberal Youth.