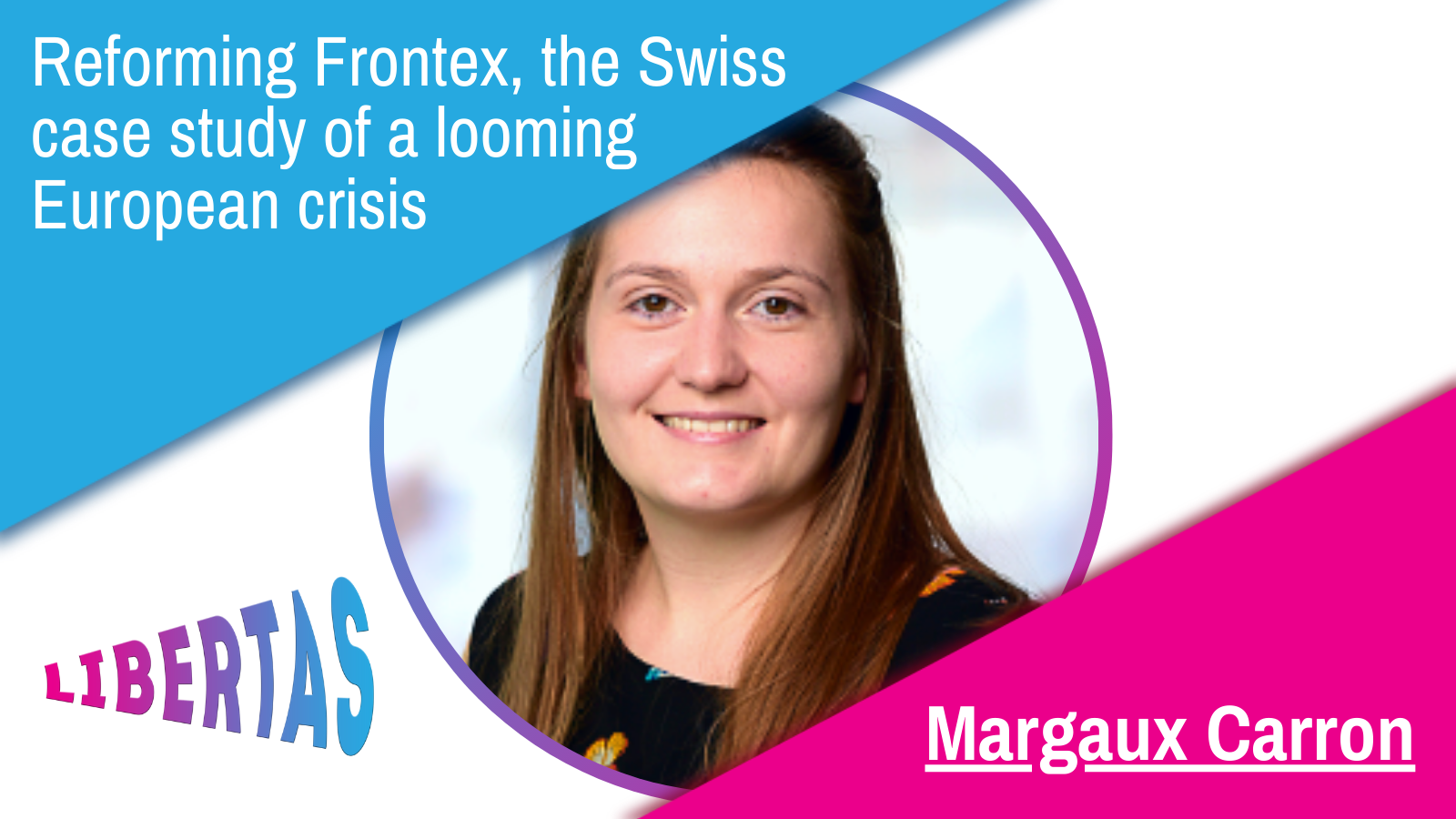 At the end of 2019 the European Union (EU) passed a regulation on the European Border and Coast Guard. The Swiss government supported this regulation in October 2021. Following this decision, a Referendum Committee “no Frontex” was put in place to allow Swiss voters to position themselves on the federal decision. The vote took place on the 15th May 2022 with a participation of 40%. In the end, 71,5% voted “Yes” and supported the federal decision. No cantons voted against it. This Swiss national vote crystallizes the debates around two larger EU challenges : migration policies and EU decision-making.

Firstly, the vote emphasizes the wider debate on migration policies. Human rights versus security; open borders versus controlled borders; non-discrimination versus selective acceptance. In the case of voting on the response to give to, mostly the Mediterranean migration crisis, the answer was quite straightforward. Indeed, during the months before the vote, the topic was barely discussed publicly. Switzerland, as a non-EU and largely conservative country, tacitly agreed on the response to the ongoing migration crisis: security prevails. Interestingly enough, the Ukrainian refugee crisis was already alarmingly present at the time of the vote. Here also, the crisis resulted, be it in Switzerland or in the EU, in increasing financial and border support. The nature of this support however differed to the one implied by the 15th of May vote. For Ukrainian refugees, support went to humanitarian aid organizations, local refugee aid, and relaxing asylum regulations. Every door that could be opened, has been opened. The wide gap in the nature of the responses could have us question if the absorption capacity of Switzerland, and further implied, the European Union, is correlated to the perception of the migration and geo-political threat. Between, on the one hand, publicly sanctioning Russia followed by 80 million Swiss francs dedicated to humanitarian aid and, on the other hand, voting to increase the budget of 37 million to, mostly Mediterranean, border control,  one could wonder if all 27 member States would position themselves equally. Switzerland does not seem to shy away from an answer.

Secondly, the debate crystalizes the wider debate on EU decision-making, pushed forward during the Future of Europe debates by youth parties such as LYMEC’s member organizations. One of the main arguments of the Swiss Federal Council in favor of the increased support for Frontex was the binding agreement Switzerland has to Schengen regulations. In this Swiss case study, there is an evident contradiction between the Swiss federal and direct democracy system and the EU’s current system. Indeed, had the Swiss voters voted against the support of Frontex, the agreements made at a State level would have needed to be reviewed.  In the context of current European challenges, increasing direct democracy would be a typical Swiss argument. In my opinion, the integration of direct democracy within the European Union could be a strong argument for a Swiss’ integration to the Union. Increasing some sort of direct democracy was timidly suggested by the conclusions of the Conference of Europe, as well as the empowerment of legislative bodies.

Going towards increased democratic involvement was timidly suggested by the 5th conclusion of the Conference of the Future of Europe (2022/2648(RSP)), supported by LYMEC. In the case of European migration policies, one could wonder the consequence of direct democracy within the EU on decisions such as increasing border security. Would positions of member States in international debates be strengthened or weakened? One could argue that increasing it, could be debated that increased direct democracy could change the outcomes of negotiations and increase incentives to further compensate certain States. Reforms as the ones envisaged for the Dublin Regulations could, therefore, have a different outcome.

In the light of the future Climate Refugee crisis that the European Union will face, concrete evolution around EU decision-making processes is pressing. Advancing towards increased democracy and empowerment of government bodies within the European Union will certainly not solve ideological debates around migration and security, it can however strengthen the equity and transparency around these policies enabling member States to better respond to looming threats we will all face.

Margaux Carron (CH) has been active in politics since she's 19, when she was elected as a legislative representative of Nyon, a 20'000 inhabitants town in Switzerland. Since then she has been active in various committees of the Mother and Young party. She is currently International Officer for the Young'Green Liberals Switzerland while living in Bruxelles where she pursues her career in the field of Security and Prevention. With a university background in Psychology and Criminology, she also holds a certificate in Internation Relations and Negotations.