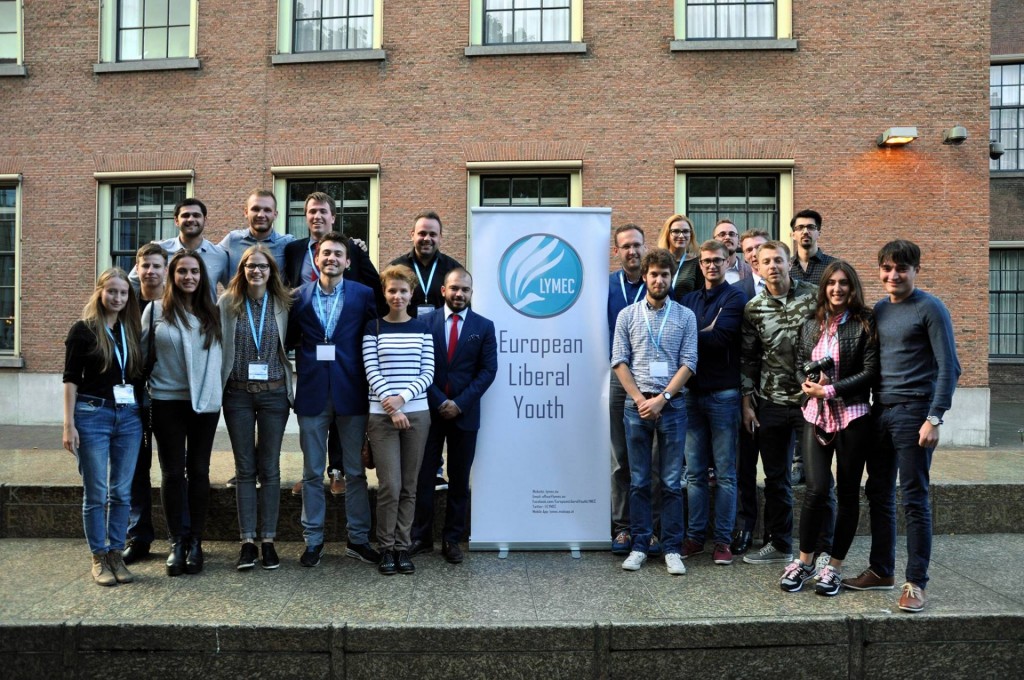 From 17th to 20th of September the LYMEC/D66/VVD International Summer School took place in The Hague. Participants from all over Europe came to the city of “Peace and Justice” to attend seminars concerning Security and Diplomacy, with special attention for EU-Russia Relations.

The event started with a visit to the Peace Palace, where they got the chance to learn about its history and significance of the Peace Palace.
LYMEC Political officer Timo Roeleveld gave an introductory lecture about International Relations. This newly obtained knowledge was put to a test immediately afterwards. Following his lecture about the Refugee crisis Eelco Keij devised an educational simulation. Participants had to represent country’s positions concerning the refugee crisis and had to come to a solution by negotiation.
Between lectures we got a visit by Elene Walgenbach, the newly elected president of Jonge Democraten, who explained the working of Jonge Democraten. The last lecture of the afternoon session was by a representative of the Georgian embassy. She talked about Georgian-Russian and Georgia-EU relations. Thanks to the rather big Russian delegation this developed into a fruitful debate.
The day ended with a lecture by Prof. drs. H.A. Schaper, who gave his vision on the situation on Eastern Ukraine.
The following day Timo Roeleveld gave a more advanced lecture about “War and Peace”, followed by an explanation concerning the ongoing energy debate.
Edgaras Mascinskas came by to introduce “Young Professionals in Foreign Policy” (YPFP) an organisation that prepares young people for Foreign Policy jobs and he gave some tips for people who were interested in working in Foreign Policy.
After this, Edgaras and Timo worked together to introduce the audience to TTIP and moderated a debate about the pro’s and con’s of TTIP.
The final lecture was by Sander Janssen, who trained the attendees in negotiation strategies and ended his lecture with a UN simulation concerning a solution for the Syrian conflict.

Lymec would like to thank D66 and VVD, as well as to all the speakers, for great cooperation and making this event a success.