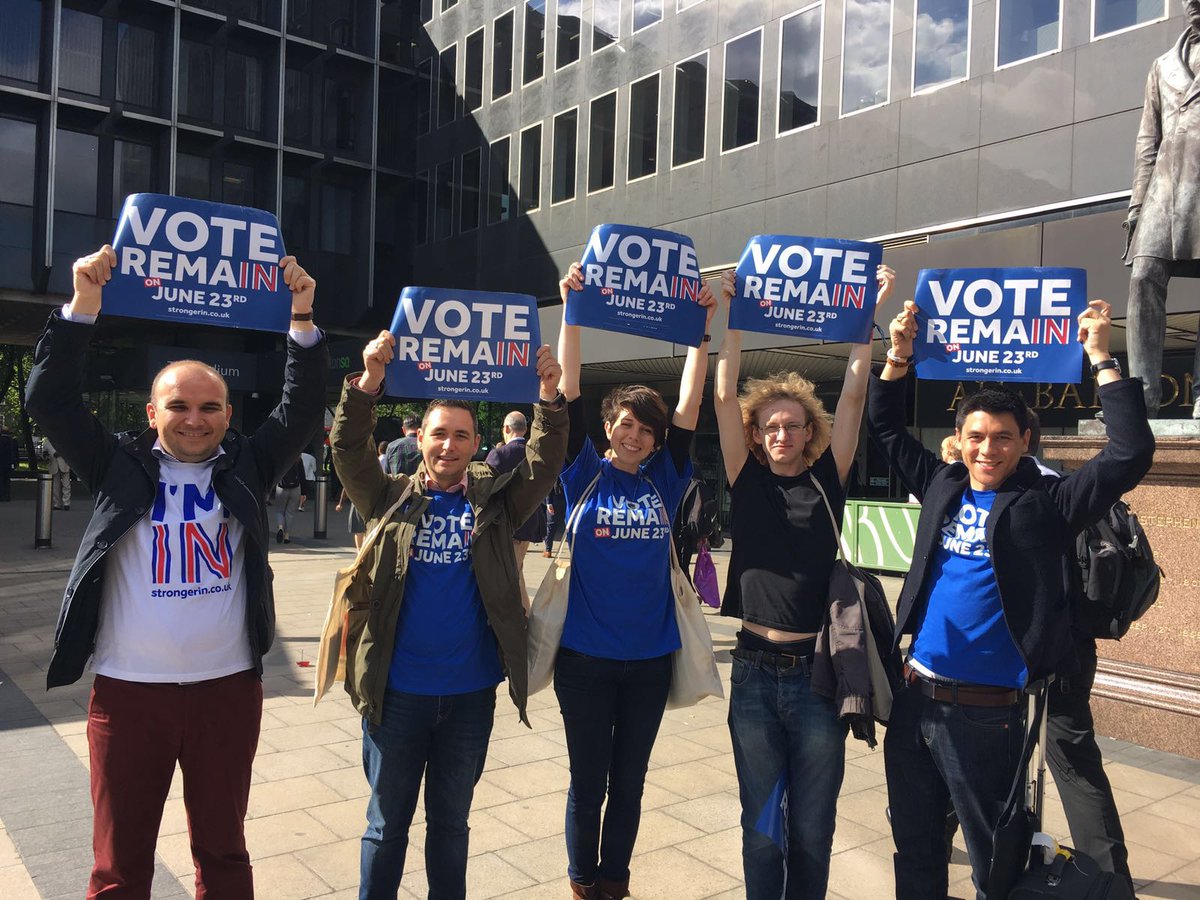 Liberal MEP Ilhan Kyuchyuk from Bulgaria is not only the youngest MEP in ALDE Group, he is also vice president of ALDE Party and president of LYMEC’s Bulgarian member organization Youth Movement for Rights and Freedoms. As a young MEP invested in the European project we wanted to know his views on the British exit from the EU, so we took the opportunity to ask him a few questions on Brexit and the future of the EU.

You were campaigning in the UK before the referendum for the Remain side together with the LibDems. What was your impression of the campaigns, and what was the feeling on the ground like?

Exactly, as other colleagues from ALDE party, I also got involved in the campaign. In the last crucial days before the referendum on the future of the United Kingdom, together with my team we tried to provide support to our colleagues from LibDems. Both sides – the one that wants Britain out of the EU and the other that wants Britain to remain in the EU, had а very engaged campaign, however each side in this debate had its own arguments and positions.

Unfortunately, what struck us from the beginning was the fact that expert arguments fall into the background of populist rhetoric or expressed in other words emotions take precedence over common sense. This is a problem for all of us – for politicians and for citizens. In fact, it is a problem particularly for the politicians because we are unable to explain to the citizens what are the benefits of EU membership for each country. This notion was there and I saw it in the days before the Referendum. Today, the result is clear and we need not only to learn a lesson from it but also to think about the future after it.

How did you find out that the UK had voted to leave the EU, and what were your first reactions and thoughts?

Immediately after the release of the first results many people reacted emotionally and began to predict the collapse of the EU.

Personally, I asked myself is it possible for a member state to abandon the European idea now, in time when there are so many global challenges which solutions are possible only with common and joint actions.

However, we should respect the vote of the British people, because the result exposed the long hidden truth that today’s Europe is far from being perfect. In light of this, as soon as it is possible European leaders should sit together and decide a roadmap for the future of the Union.

The post-referendum storm in British politics is slowly calming down, and a new cabinet led by Theresa May is in place. When do you predict the new UK government will trigger article 50 TEU? Should the EU push for it to happen sooner rather than later?

I do not want to go into the debate of whether article 50 TEU should be triggered as soon as possible or to wait until the last minute. As you know this is one of the leading discussions in the European institutions.

My personal opinion is that this should be done in the most appropriate moment so that the interest of European citizens to be protected in the best way. However, I cannot emphasise the fact that until this moment the new British Prime Minister Ms. May has only met with Ms. Merkel and still avoids meetings with European leaders Juncker and Tusk.

What will Brexit mean for young Europeans?

The big losers of the Referendum are Europe’s young people. More than 75% of young Britons voted to remain in the EU, but unfortunately in the outcome the past prevailed over the future. On the other hand thousands of young Europeans study their higher education in the UK and for them the island is a very attractive destination. In this regard, we have yet to see what agreement with regards to education and mobility we will achieve with the UK.

As you well know the unprecedented high rate of youth unemployment, which reaches 50% in some member states, is one of the biggest challenges that Europe faces today. We should support member states to enhance their cooperation and exchange of good practices in the field of education and training and particularly in implementing work-based learning. To succeed in today’s global economy youths must have technical skills, entrepreneurial mind-set, language competences and confidence.

Much has been said about the rise of populist rhetoric and anti-intellectualism in the vague of the Brexit vote. What are your main concerns regarding the way we talk about Europe, the EU and politics in general?

Undoubtedly populism, national populism and xenophobia are among the biggest threats that Europe is facing. My personal feeling is that populism could be as dangerous as terrorism therefore we should fight it constantly. Unfortunately, I see more and more politicians who are using populist rhetoric and not take care of their responsibilities in order to gain temporary public popularity. For us (Liberals) populism is Europe’s destructive force and therefore we will continue to resist it with more tolerance, solidarity and integration.

Finally, what are your thoughts on the future of the EU after the Brexit?

There is no justification for denying the ideal of a united Europe in which peace and prosperity are taken for granted. I do not think Europe will sink into chaos after the vote on Brexit.

However, I think that Europe is markedly divided. Undoubtedly, Brexit has shaken peace and harmony in Europe, which often we take for granted. Furthermore, Brexit signals that the EU currently is not working in the way it should be.

I hope and believe that the result from the Referendum will facilitate deep reforms in the EU that will make the Union more democratic, stronger and more integrated than ever before. The reformed EU should be untied and closer to its citizens but also with a greater voice in global politics.