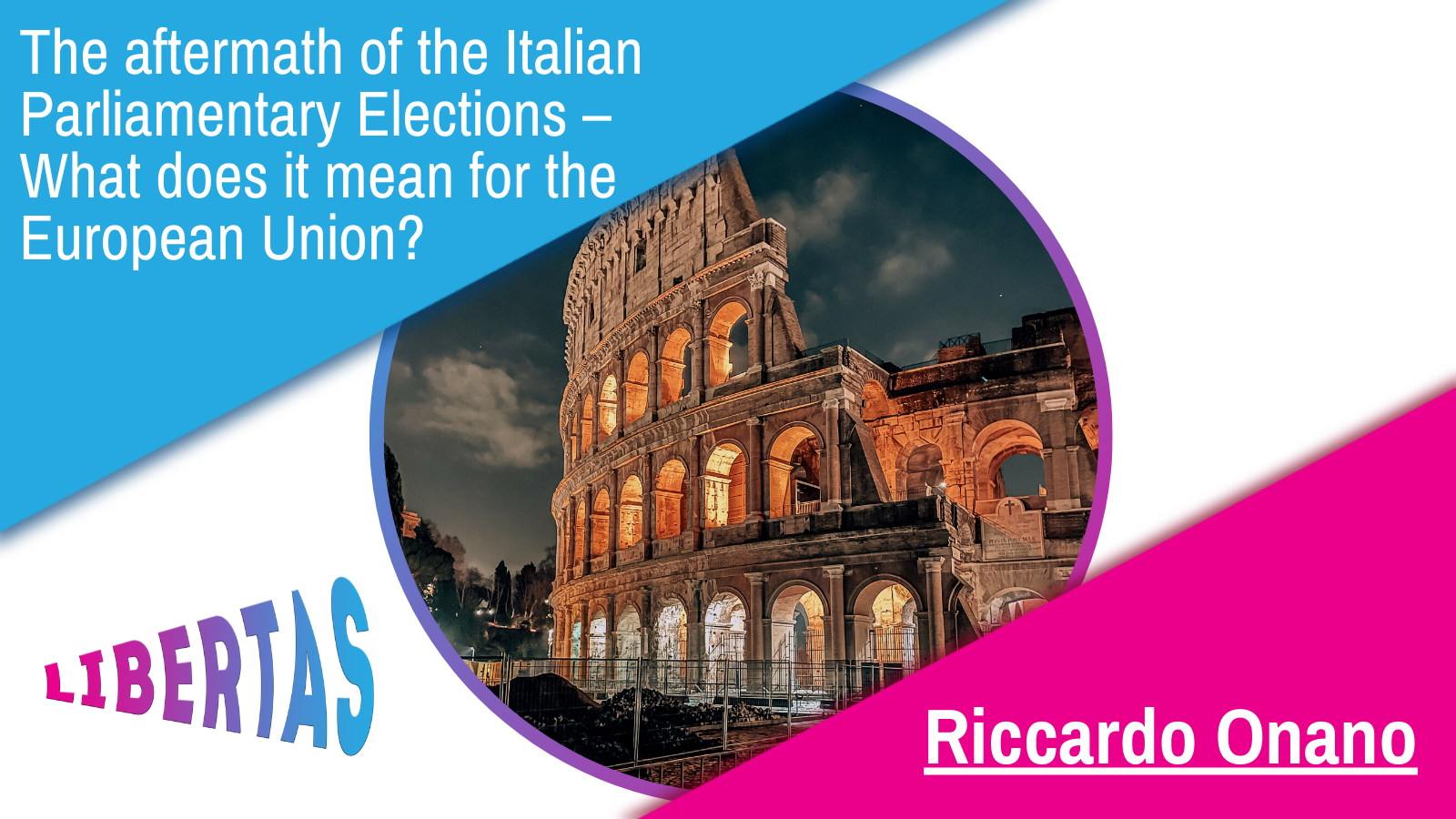 The aftermath of the Italian Parliamentary Elections – What does it mean for the European Union?

On September 25, Italians elected a new parliament. The result was the victory of the far-right "Brothers of Italy" party led by Giorgia Meloni, the next and first female prime minister in Italy

The European Union (EU) is witnessing a strengthening of right-wing extremism, radical right-wing movements, populism, and nationalism. Just a week ago, the Sweden Democrats, a far-right party with a strongly anti-immigrant agenda, came in second in national elections. Their support will be crucial for the new center-right coalition that is expected to replace the Social Democrats. This is not the only case, there are many other parties in this field that are growing, such as Rassemblement National with Marine Le Pen in France (41% of the vote in the "duel" with Macron), Law and Justice in Poland (30%), Fidesz in Hungary (53% with Orban), Vox in Spain (15%), New Flemish Alliance in Belgium (20%) and many others.

Meloni's victory follows this European trend. Meloni won this election because her party was the only one that did not participate in the government of national unity formed to fight the pandemic. Thus, she received the votes of all those who were disappointed and angry about the Covid period. She was simply in the right place at the right time. As in other countries, nationalist ideas win where traditional parties share a common sense of delusion, where there has been a surge in immigration (as in Italy or Sweden), or where European austerity policies have led to a spending review (Italy and Greece). In general, voters are likely to protest the political establishment but not fully support its far-right agenda

This agenda in particular is something that should worry a liberal. For example, some points of the Italian brothers' program are the rejection of liberalization and privatization, the increase of all pensions, and 1000 euros for every housewife! Economists have estimated the cost of implementing this program at 160 to 210 billion euros. They also want to reduce taxes for individuals and companies. Implementing this program would undoubtedly be expensive, and a looser fiscal policy would lead to higher borrowing costs for Italy and possibly a financial crisis. In addition, a right-wing government may not stay in power for long. The government will have to govern during a difficult winter and make difficult political decisions due to the war in Ukraine, which will also affect Italy's energy sector and economy due to rising prices.

Could this government pose a threat to the EU? Meloni's allies (Salvini with "The League" and Berlusconi with "Go Italy") are not very reliable because of their old ambiguous statements on Russia, but the head of government has stated several times that Italy will fully support Ukraine and continue to be an ally of the United States. Moreover, while Italy is allied with Orban and Morawieczki (the prime minister in Poland), this will not make Italy like Poland or lead the country out of the EU. Many EU decisions have to be approved unanimously by all member states. Therefore, we can expect more veto points and veto powers from this government. In addition, we can expect the Italian government to take a more Euroskeptic stance on some issues. It follows that this would reduce Italy's influence in the EU and make relations between Italy and the EU more turbulent. Nevertheless, Italy would most likely not become a new Poland or Hungary or, worse, leave the European Union.