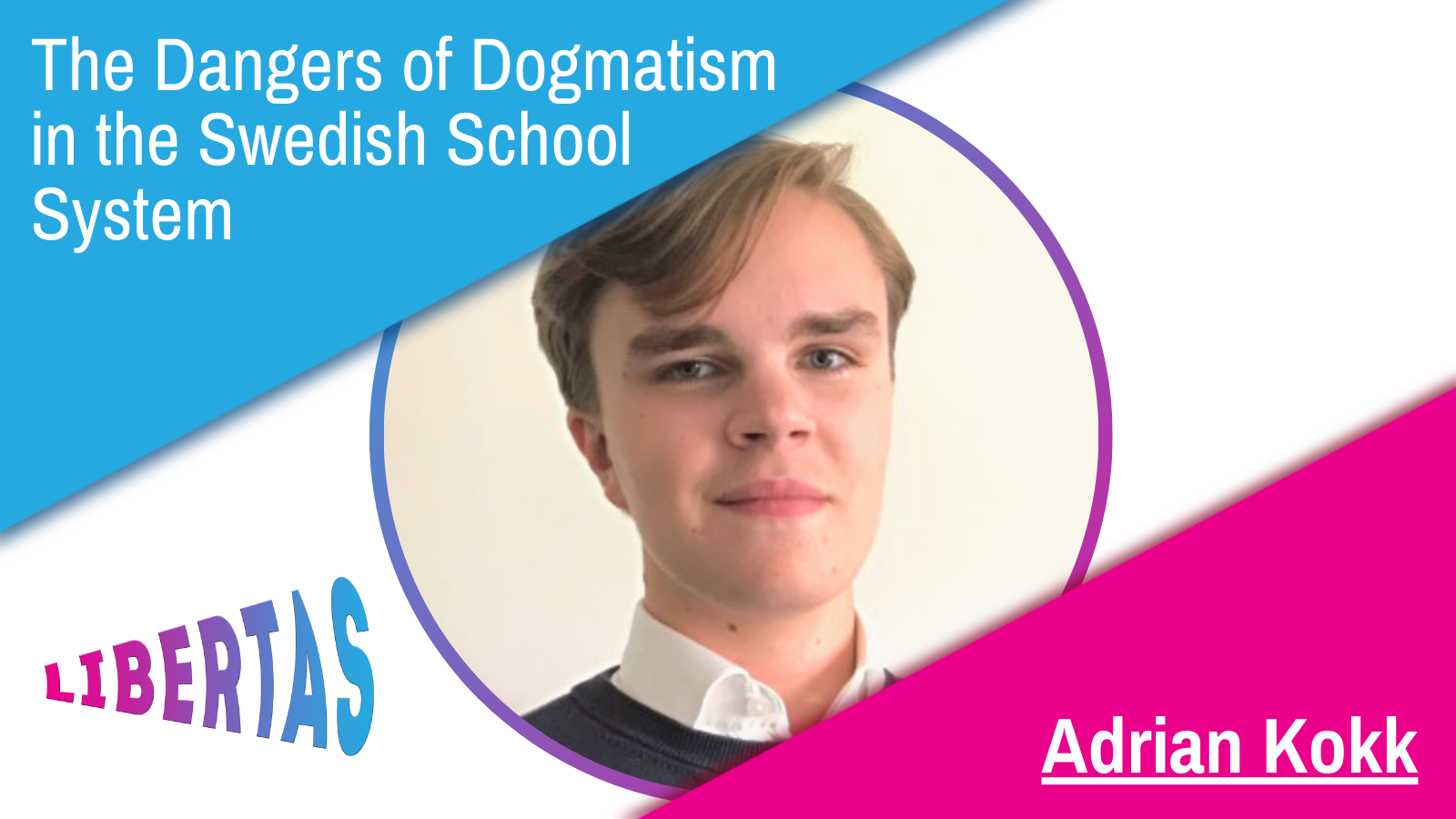 The Dangers of Dogmatism in the Swedish School System

With only a few months left until the next parliamentary election, the Swedish Liberal Party is trying to find its place in an increasingly harsh political discourse. Johan Pehrson, who recently succeeded Nyamko Sabuni as party leader, has already presented numerous reform proposals to the electorate, as part of an effort to combat poor opinion poll results. For instance, Pehrson has indicated that he is open to limiting profits made by corporations running private schools that are funded through public vouchers. For a party with deep roots in the free market liberal tradition, the proposal might, at first glance, be seen as hostility to private businesses. However, this perceived inconsistency might be illusory, as there is hardly anything capitalistic about the current system. Needless to say, capitalism itself is undoubtedly the most successful economic system. It is a system that puts the individual consumer in a position of immense power and delivers wealth and prosperity to society. At the same, we must not defend ostensibly capitalistic structures, as it poses a risk to our ideological integrity.

The problem regarding Swedish schools really is not about free market elements. By virtue of the current system, private companies that run for-profit schools receive school vouchers from the government for every student that is admitted to the school. These businesses can, in theory, by keeping expenses low, make substantial profits through this taxpayer-sponsored scheme. This idiosyncratic system can, in reality, hardly be attributed as capitalistic. There is only a proxy relationship with the consumers, in this case the students, since it is not them but the government that actually purchases the service from these private enterprises. The private companies who run these schools are only indirectly dependent on customer satisfaction, as they can rely on a steady stream of government revenue.

Ergo, the real risk lies in defending un-capitalistic regimes under the false pretense that they are in fact capitalistic. In the case of Swedish schools, the most liberal course of action might actually be to advocate for a reform of the pseudo-liberal system. A comprehensive free market solution cannot possibly entail companies passively profiting on government subsidies.

It is thus vital that we as liberals only support truly liberal ideas, and not ostensibly liberal ones that will end up eroding our ideology. Otherwise, we will inevitably end up as the modern incarnation of Dostoevsky’s Underground Man, who, in pursuit of realizing his free will, is willing to abandon rationalism and reject irrefutable maxims. We simply cannot let dogmatism tranquilly destroy the fabrics of our liberal beliefs.

Adrian Kokk (SW) has been involved in liberal as well as European politics for several years. He currently serves on the board of his local fraction of the Liberal Party in Sweden, and is a member of the Liberal Students’ Working Group on Ideology. In addition to this, Adrian is also a board member of a pro-European student think, and was previously a writer at the same organisation. He is currently pursuing an LL.M. at the University of Gothenburg.