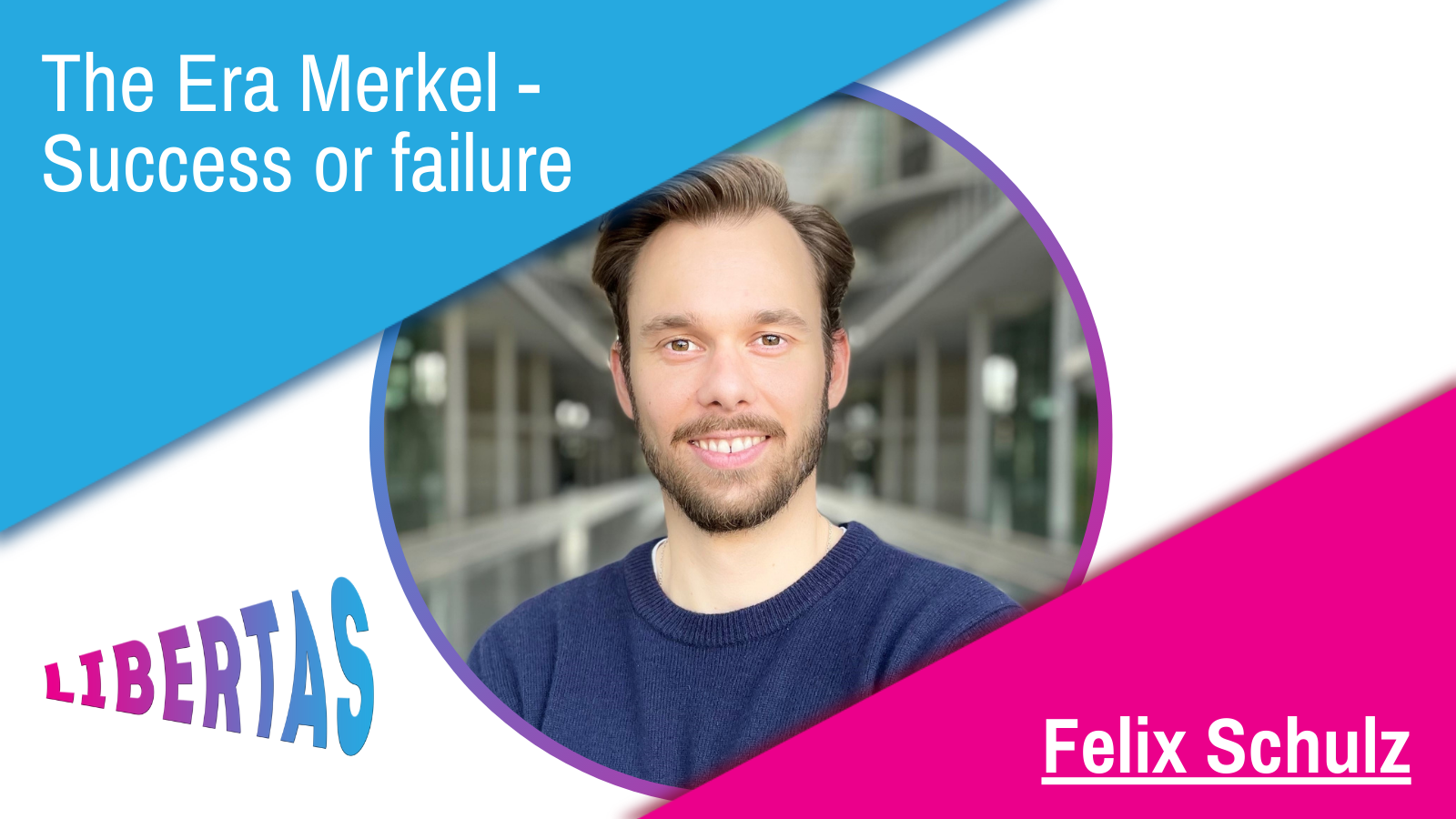 The Era Merkel - Success or Failure

Until autumn 2021 there were high school students who only knew Angela Merkel as German chancellor. For 16 years she governed the biggest country in the European Union (EU) and steered the fate of 82 Million German citizens.

Her chancellery was marked by unprecedented crises: the financial crisis (2008), the EU debt crisis (2015), the refugee crisis (2016) and the Corona pandemic starting from spring 2020. Additionally, the constant threat of climate change and substantial efforts for the energy transition loomed. Yet, Germany seemed stable and prosperous after her term in office. To what extent and at what costs, future historians will need to examine.

The new government is already troubled with Merkel’s legacy. The war in Ukraine revealed many strategic weaknesses, which the former government neglected for 16 years.

First, the war in Ukraine spurred a discussion in the German media related to the capacity of the country to defend its territory and the NATO allies. The answer is: very limited. After years of cutting expenses, the military would be able to defend its territory only for a couple of days. Why? There is not enough ammunition. For one of the biggest economies in the world, this limiting factor sounds ridiculous and only underlines the shortcomings of the chancellery of Angela Merkel.

Today, the German military is in desperate need of modernization. The current fighter jets need to be replaced in order to guarantee NATO’s nuclear sharing. The infantry requires a more reliable rifle, whose introduction is delayed. Additionally, the army looks at an ever shrinking fleet of Leopard 2 tanks, which also need replacement. That is why the new government had to come up with a special fund for the modernization of the military in the amounting to 100 billion Euro.

Second, the war in Ukraine revealed the immense dependence on Russian natural gas, oil and coal. While the latter two energy sources are easier to substitute, natural gas remains a problem. With winter approaching and gas reserves half empty, a Russian stop of natural gas delivery becomes a real threat. As a consequence the minister of economy already announced the alert level of the gas emergency plan.

The hunger for cheap natural gas brought Germany into this position. For years the German government even insisted that the North Stream 2 pipeline only had an economic dimension. The current situation beautifully emphasises the short-sighted perspective on the matter. While European and transatlantic partners continued to point out the dangers of the Russian energy dependency, the former administration in Berlin focused on cheap supplies without worrying about the consequences. Now, the present situation limits Germany’s capability to implement drastic sanctions and hit the Russian economy where it is the most vulnerable: its energy exports.

Third, the infrastructure crumbles across the country. Bridges and highways had to be blocked due to the danger of collapse. Also here the reason is a lack of funding. Now, the government has to invest billions of euros additionally in order to keep traffic moving across sectors. But why did we end up in this situation? Government spending for infrastructure is not very popular and why invest while everything seems to run smoothly.

After 16 years of Merkel, Germany faces several severe challenges. The list could be continued, if one examines also the slow energy transition, the lack of qualified workers and aimless immigration policies or the pension system, which desperately needs reformation. However, one thing is certain. Germany cannot afford to live off its substance anymore. It needs to start tackling its problems – especially the unpopular ones.