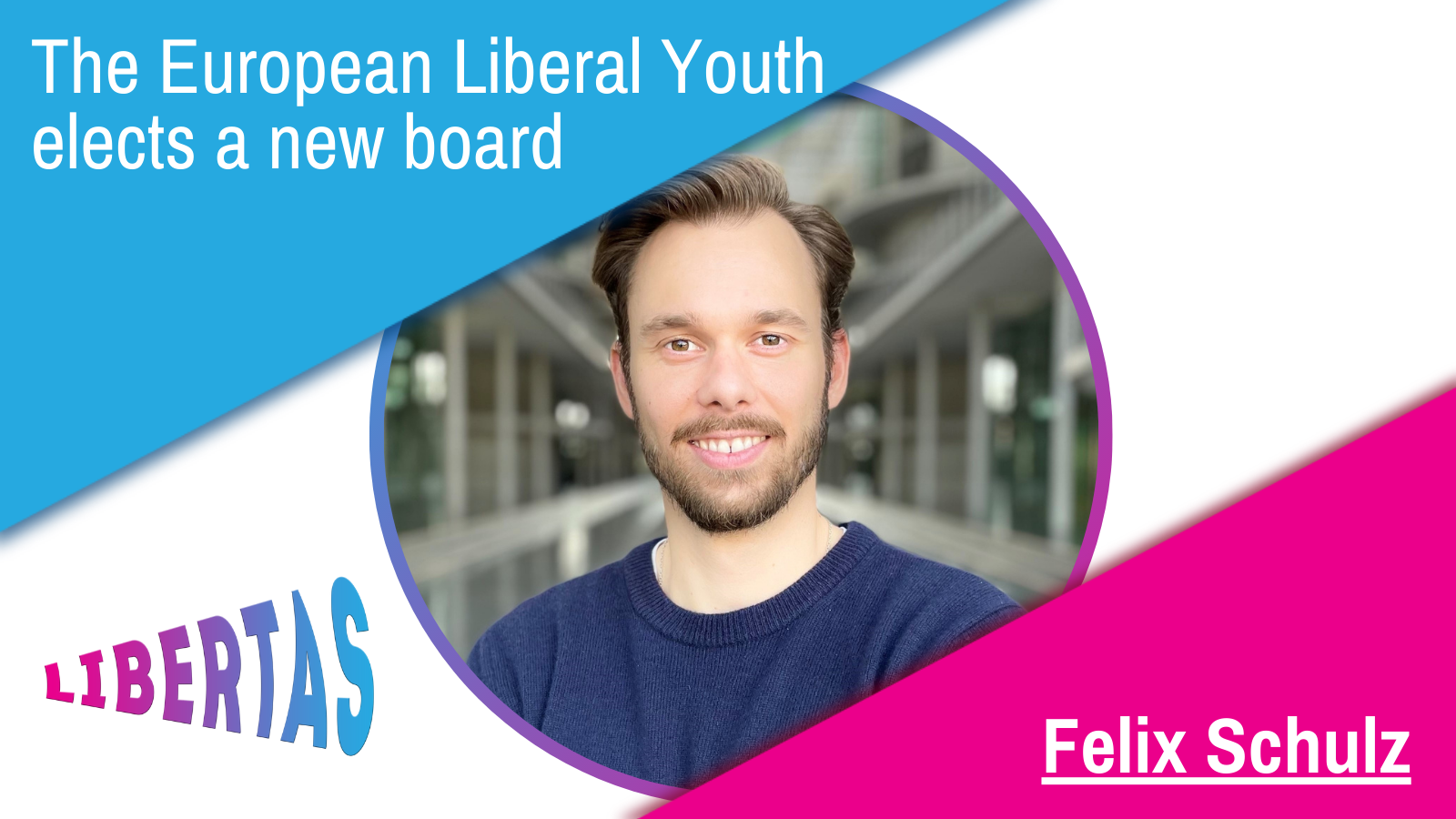 The European Liberal Youth elects a new board

At the last Electoral Spring Congress in Prague, which took place between the 20th and the 21st of May, the members of the European Liberal Youth (LYMEC) elected a new bureau. More than two hundred young liberals from all over Europe met again in person and decided who would represent them in the two years ahead.

On the second day at the congress, it was showtime. After weeks and months of preparation and campaigning, the candidates delivered their ideas and visions in a three minutes speech. Not an easy task. But the quality and performance of each candidate was outstanding. Therefore, it was not easy for the electoral congress to pick those that would get to become the new bureau members.

In the end Dan-Aria Sucuri, from LUF (Sweden), was elected unanimously as the new president of LYMEC. His speech about the consistency and importance of liberal values convinced everyone. During these troubled times it will be more important than ever to promote self-determination, free speech and peaceful discussions.

Ines Holzegger, from JUNOS (Austria) and previous bureau member responsible for outreach and cooperation, and Marten Porten, from JD (the Netherlands) and former treasurer of LYMEC, competed for the role as vice-president. In a very close vote, the electoral congress chose Ines. However, later that day Marten was elected representative of LYMEC to the International Federation of Liberal Youth (IFLRY).

Additionally, Tuuli Helind ERPY (Estonia) was elected treasurer of the next LYMEC bureau. She presented herself as a responsible and trustworthy person. That is why the electoral congress gave her overwhelming support.

Lastly, seven candidates from all over the continent competed for the four LYMEC bureau positions. After presenting themselves they were asked questions in front of the congress. Each and everyone did a great job, but in the end only four were elected. The new LYMEC bureau members are: Laia Comerma from JNC (Catalonia) and former bureau member responsible for events and trainings, Ellinor Juth from SU (Finland), Tanzer Yuseinov, from YMRF (Bulgaria), and Alexandre Servais, from Jeunes MR (Belgium). Even though Christine Marry Khomyk (IMS), Cristian Preoteasa Maier USR Tineret (Romania) and Felix Schulz (IMS) were not elected, they assured the congress that they would remain active within LYMEC through the various roles they already have.

It was an emotional congress, but we are sure that the new team will represent LYMEC successfully in the next two years. This period will be relevant at the EU level, considering that it is the European Year of the Youth and EU elections will take place in 2024. Until then we need to make the voice of the youth heard. Also, in a global context of war and democratic backsliding, even within Europe, it is always special to see a peaceful transition in power. We cannot value it enough, while many people fight for this privilege. It continues to be LYMEC’s responsibility and commitment to promote democracy, freedom and the rule of law in the EU and its member states.

Felix Schulz (DE) has been a member of the FDP since 2015 and since 2020 of the Young Liberals. Currently he is working for a German liberal MP, where he focuses on transport and EU policies. At the same time he is doing a PhD in political science at the TU Darmstadt, where he is looking into the German Hydrogen Strategy. Felix studied International and European Governance at Leiden University, where he finished his Master in 2016. He is especially interested in energy policy and the path towards a carbon neutral future. Additionally, he seeks to look behind current political discussions and assess the impact on citizens of the European Union.