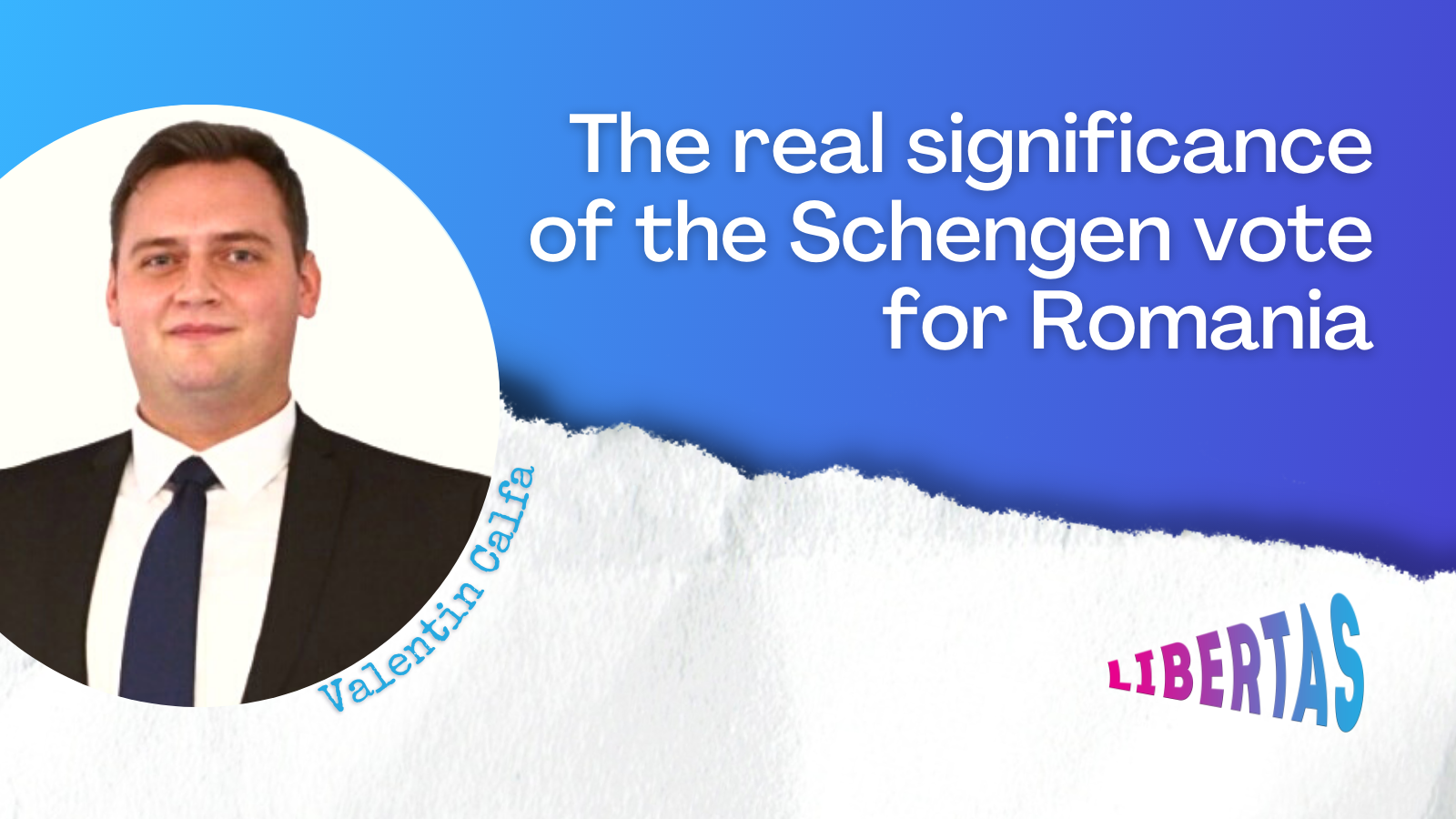 On 8 December 2022, the EU Interior Ministers voted in favor of Croatia joining Schengen. At the same time, they also voted on the accession of Romania and Bulgaria as a two-in-one deal. While all the members voted in favor of Croatia, Austria decided to vote against the expansion of Schengen to Romania and Bulgaria. The Netherlands also voted against both the the countries, as Bulgaria did not meet the standards required.

It must be noted that Romania fulfilled all the technical criteria to join the Schengen area 11 years ago, and it has been an EU member state since 2007, whilst Croatia joined the Union 6 years later. The Interior Ministers' vote was meant to be a mere formality, especially as all the other member states, including the European Parliament and Commission, backed Romania.

Austria's pretext for voting against Romania was that too many illegal migrants have crossed the territory of Romania to get to Austria. That is not justified, as most of the migrants come inside the EU territory through the Western Balkans (Frontex data), thus mainly crossing Croatia and Hungary. After the vote, it was revealed that Austria voted against Romania and Bulgaria joining Schengen, so that the EU institutions would review the way migration is handled in the European Union. That has nothing to do with Romania’s preparedness to join.

Now, what does this vote mean to Romania?

On the one hand, as Sweden is meant to take over the rotating Presidency of the Council starting January 2023, it is very unlikely that the Schengen enlargement will make it on the agenda for next year; let's not forget the general sentiment on migration in Sweden. On the other hand, this vote has much bigger implications than that of Romania not joining Schengen, such as citizens' disappointment, fueling of populism, and a more protectionist approach by Romania at the Council.

There was a general feeling before the vote that Romanian people are treated differently than those whose countries are Schengen members. The vote only came as a confirmation of the feeling that Romania and Bulgaria don't deserve what the other EU citizens have.

This point has been raised before the vote, and it is now brought up by a new conservative party known as AUR - Alliance for the Union of Romanians (the acronym means gold in Romanian) and other conservative parties. This party has a more conservative approach such as promoting nationalism, anti-LGBT or same-sex marriage, their ideology being closer to that of Fratelli d'Italia (Brothers of Italy), and AUR having a strong relationship with the Italian side.

AUR came to life in 2019, just before the Covid-19 pandemic, and ran for the Parliamentary elections in 2020 scoring 9% in the elections. Today, they gain over 20% in the polls and are expected to grow even further ahead of the next elections. The Schengen vote added more fuel to the existing fire, and allowed AUR to further strengthen its electorate. In addition, they are expected to enter the European Parliament in 2024, adding up to the ever-growing crowd of far-right representatives.

Romania and its politicians were known to blindly follow the indications dictated by other EU member states. From now on, it should be expected from Romania to play the hardball, especially with its Austrian counterpart, and, to some extent, with the Netherlands too. Let's not forget that Romania holds the veto power.

Following the vote, a lot of media attention has been given to this topic, as well as to those who should be held accountable for failing to secure the vote for Romania apart from Austria and the Netherlands. It should be expected that the so far lenient approach taken by Romania through its diplomatic channels is to suffer a reform with a bolder agenda and approach. This could actually be a plus for diplomatic efforts.

The unjustified decision of Austria voting against Romania joining Schengen had a bigger significance than simply enlarging the area: it was a vote of confidence demonstrating that Romanians and Bulgarians are not second-hand EU citizens. The impact of this vote will be felt in the next Romanian elections, with a conservative party (AUR) expected to gain an even stronger position at the national and European parliaments. This comes at a very unfortunate timing, as Romanians were given the hope that they could finally be a full part of the EU family. Unfortunately, that won't happen again for at least one year, further delaying what Romanians deserved for 11 years.