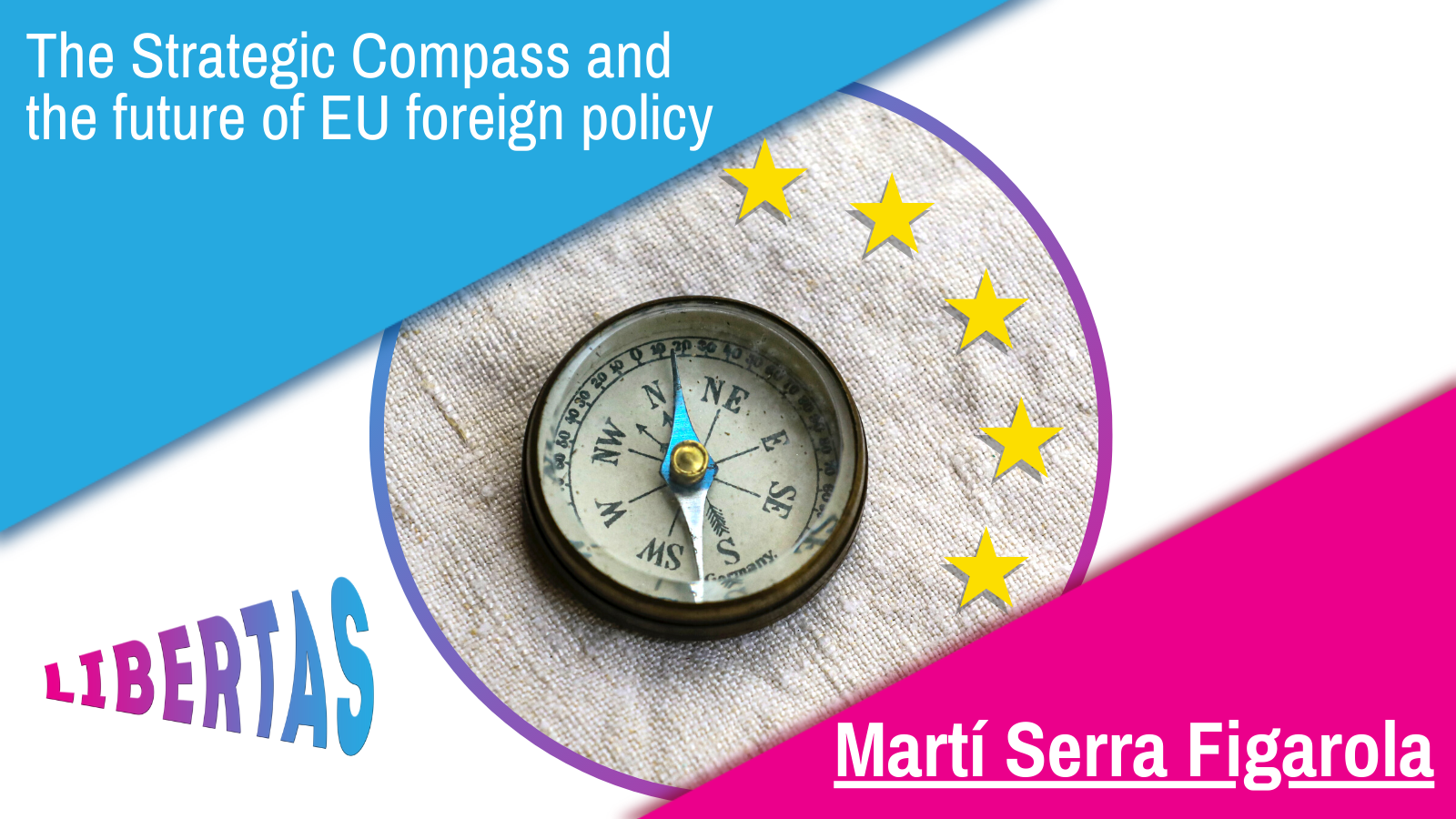 THE STRATEGIC COMPASS AND THE FUTURE OF EU FOREIGN POLICY

After two years of elaboration, the European Strategic Compass (ESC) was approved during the french presidency of the Council of the European Union. This document was meant to substitute the outdated EU Global Strategy of 2016 and be the new European Grand Strategy. The ESC, whose importance on European Common Foreign and Security Policy (CFSP) is enormous, has received little or no attention from the media and the public. Given this void, I intend to analyse some of its strengths and weaknesses, as well as to examine EU foreign policy direction from now on.

The pandemic and the Russian invasion of Ukraine have accelerated integration processes that were on stand-by within the EU. Nonetheless, these events have, at the same time, layed down a new multipolar and post-hegemonic international system marked by the threat to the liberal rules-based order. Some characteristics of this emerging system are an increasing strategic polarisation, emerging hybrid threats, a de-globalization of strategic resources, and an ongoing block-formation. It is in this context that the ESC should stand as an orientation for the Union’s future actions.

The ESC is divided into four major sections: Act, which refers to crisis management; Secure, that addresses resilience; Invest, focusing on capabilities development; and Partner, that targets international cooperation and alliances. The first element outlines the necessity to act quickly in crisis situations. The document proposes a new EU Rapid Deployment Capacity of 5.000 units to replace the ancient and still unused EU Battlegroups and stresses the need to advance towards faster and more flexible decision-making processes. Regarding Secure, the Compass tries to deal with new threats creating a new “Hybrid Toolbox” and enhancing common cyber security and space strategies.

The Invest chapter is one of the most relevant. Reducing the capability gap between Europe and the US and between Member States is necessary for having common security policies. The document outlines binding commitments of Member States with PESCO. Regarding international cooperation, the ESC is rather vague and even seems outdated in the light of the current crisis. The main problem with the international analysis of the Compass is the lack of attention to China. Whether it is because of the impact of the Russian invasion, or because of the lack of agreement between the states, the document underestimates the importance of South-East Asia for the future.

In summary, the main strength of the Compass is its concreteness. The ESC is the common denominator of the demands of the Council and presents a clear to-do list that will help increase integration in EU CFSP. The accomplishments of these objectives will depend on the willingness of the Member States to implement them — which should not be difficult given they have signed and promoted the ESC.

Nevertheless, this policy-centred orientation is also its main weakness. The character of the ESC supposes a great opportunity cost for the European Union. The ESC is a quite realistic and accomplishable map on the next steps in EU integration in defence policies. It is an actualization of the 2016 document. Although this is necessary, it lacks a long term strategic foresight not only focusing on threat analysis — which is necessary — but also on giving the EU a relevant role in a multipolar post-hegemonic world.

The ESC has three main problems: it lacks clear interoperability with NATO’s Strategic Concept; it does not offer a perspective on the EU’s strategic position in the world and, thus; it relegates the EU to a regional power and not a global actor with the capabilities and willingness to shape the international system.

If the EU wants to be a global actor, the intellectual work on its strategic behaviour must be done sooner or later. A liberal point of view has, by definition, a plurality of perspectives. However, it is my opinion that we must defend a capable and willing EU that stands as a global actor and defends the rules-based international order. The EU must promote democracy, international cooperation and the multilateral institutions that have provided peace until now. Moreover, the Union ought to act as a depolarizing power that prevents any possible conflict between the US and China.

The ESC should have established this long-term perspective on the EU role in the world and its relations with allies, rivals and partners. In conclusion, the Compass provides good and realistic policy guidance for the years to come, but misses a great opportunity to build the basis for a long term strategy. The Union has to stop reacting to crisis and, instead, design its future to assure a liberal long lasting peace.

Martí Serra is an individual member of LYMEC devoted to the promotion of liberal democratic ideas and a geopolitical Europe. He has been involved with liberal think tanks in Catalonia and pro-European associations. Moreover, he is the deputy director of the students-led journal l’Universitari. He studies Philosophy, Politics and Economics (PPE) and is currently at Sciences Po Paris. He is preparing his Bachelor’s thesis on the enhancement of European Foreign and Defence Policies. His main interests rest in Political Theory, Theories of International Relations, Diplomacy and International Politics.