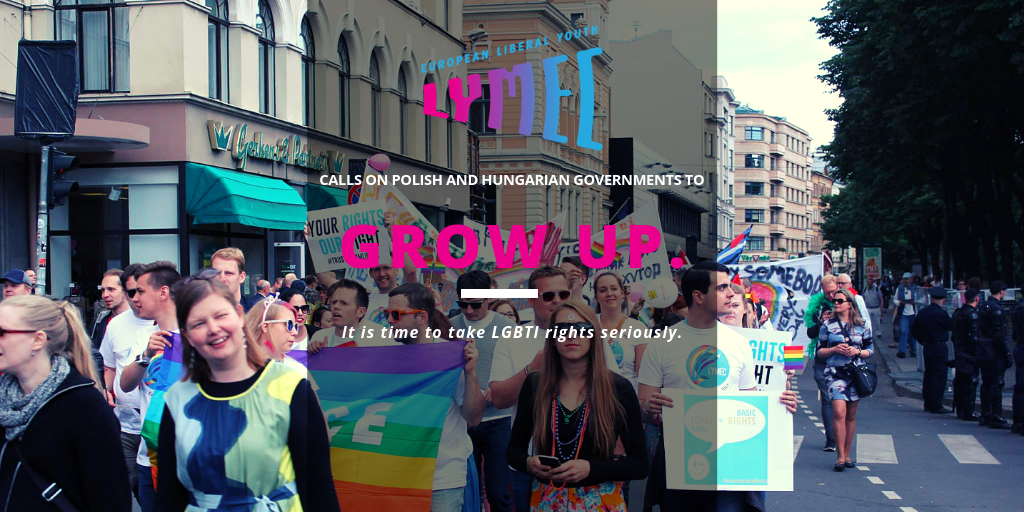 The Employment, Social Policy, Health and Consumer Affairs Council was set to adopt conclusions on Gender Equality, Youth and Digitalisation yesterday, but due to objection by Hungary and Poland to the inclusion of LGBTIQ in a list of vulnerable situations for young people the Council was unable to reach consensus on the matter. The text was however supported by 26 Member States including Austria, currently holding the presidency.

LYMEC President Svenja Hahn sums up: “We welcome the conclusions and the fact that the effects digitalisation has on young people are discussed and proposals are put forward. We are especially glad to see that a call for consulting and involving youth organisations and young people themselves in the design, implementation and evaluation of digital policies is included in the text. We do, however, find it appalling that consensus was not reached on the inclusive language that has gone unchallenged for years. It is unacceptable that some member states are trying to turn back the clock on gender equality, minority rights and human rights in general.”

In a move to underline that they are not going to let the culturally conservative governments in Budapest and Warsaw push back on fundamental EU values 19 Member States led by Malta signed a so called non-paper on the future of the LGBTI list of actions. The signatories pledge to support the European Comission’s efforts to address discrimination and hatred against LGBTI persons and call for the adoption of a comprehensive LGBTI strategy.

LYMEC strongly support the conclusions and calls in the non-paper, but is saddened by the fact that there is a need for such a paper on the doorstep of 2019 to begin with.

Hahn highlights:  “Young people deserve better. It is time for the Member States to grow up and start acting responsibly, keeping in mind that the conclusions are not for themselves but for the benefit of the younger generation. We in LYMEC find it alarming that certain Member States are willing to deliberately sacrifice inclusive language in order to win cheap populist points back home. We welcome the fact that the majority of the Member States now have clearly marked that this behaviour is unacceptable and call on all EU governments to implement the proposals in the Council conclusions. The issue of gender equality and digitalisation is too important to be by-passed.”