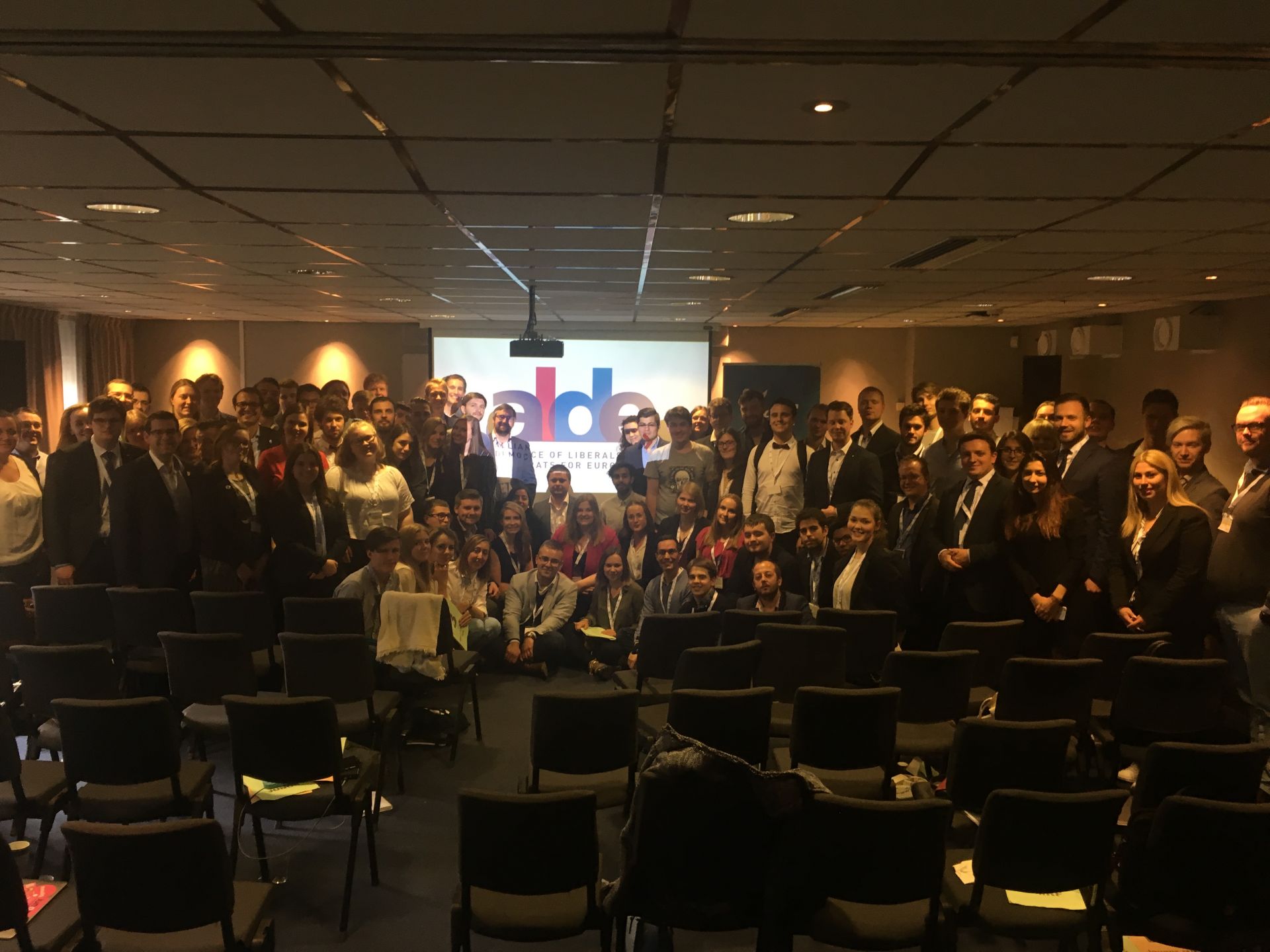 The past weekend 120 young liberals from all over Europe gathered in Stockholm, Sweden for the Spring Congress of European Liberal Youth (LYMEC). The Congress was preceded by the Educating Europe seminar, organised in cooperation with the European Liberal Forum. Educating Europe was also the theme of the congress, and something touched upon in the opening speeches by Jan Björklund, party leader of Liberalerna, Fredrik Federley, MEP and deputy party leader of Centerpartiet, as well as Jasna Gabric, mayor of the Slovenian town Trbovlje representing ALDE in the Committee of Regions. The speakers also gave their views on liberalism and shared their hopes for the future with the participants – a future that thanks to recent victories for liberal, pro european parties in both the Netherlands and France as well as locally in Germany looks bright for liberalism.

During the congress the participants discussed reports from working groups and the bureau as well as got an update on the finances, and approved a complete update of the statutes of the organisation. The Congress also vote in favour of welcoming Mladé ANO (Czech Republic), UDI Jeunes (France), Forum mladih – Naša stranka (Bosnia-Herzegovina), Young Liberals Greece and Młodzi Nowocześni (Poland) as associate members in LYMEC. The inclusion of so many new members clearly shows that liberalism is alive and kicking throughout Europe.

Besides voting for new member organisations the congress also elected the 10-person strong LYMEC delegationton the ALDE Party congress in Amsterdam in December. The participants also discussed, amended and ultimately approved resolutions on matters ranging from education to the future of the EU, the social union to countering propaganda and connecting regions to the Cyprus reunification process. All adopted resolutions become official LYMEC policy and are included in the policy book of the organisation.

The congress ended with a Eurovision themed farewell party.