From the 20th to 21st of February LYMEC organised a seminar on the topic Strengthening democracy in the Southern Balkans and empowering young activists in Skopje, Macedonia.

The capacity building seminar was made possible with the support from Hans van Baalen, member of the European Parliament (ALDE group) and ALDE Party president.

The aim of the seminar was to gather the young activists from LYMEC member organisation LiDeM and give them the tools needed to work for a free, democratic society.

“One of the key values of LYMEC is the ability to gather a wide range of experiences and best examples of campaigns and political practice and employing them to build capacities of our member organisations. Empowerment of the member organisation and strengthening their preformance leads to advancement of democratic and liberal values around Europe and that’s why LYMEC is always ready to make that additional step and reach out to organisations that need our advice and training”, LYMEC president Vedrana Gujic explained.

The event started with a welcoming speech by president Gujic followed by the screening of a video message from MEP Hans van Baalen. After a round of introductions the participants were given an introductory presentation to what LYMEC is, how the bureau is working and what the organisation can do for LiDeM.

The capacity building part of the seminar consisted of three parts. On Saturday the participants were familiarised with strategic communication and how to get their message out using various channels of media, both traditional and new. The communications part was followed by a session on how to recruit and engage new members, and the participants were offered a multitude of ideas gathered from LYMEC member organisations across Europe.

Sunday morning started with a presentation on how to involve youth in campaigning, again by using examples from LYMEC member organisations, followed by a presentation on how to use social media as a tool and platform for campaigning. Finally the participants got to plan a campaign of their own, divided into smaller groups, using the tools and information they learned during the seminar. After the working groups presented their campaigns everyone got to vote for their favorites.

Even though the excercise was primarily meant to be a fun way to end the session, it also presented a good oportunity to talk about free and fair elections and all the ways basic democratic freedoms have been violated in Macedonia over the last years.

On the fringes of the capacity building seminar the LYMEC bureau also held a bureau meeting, and met with the leadership of LiDeM’s motherparty LDP (president Goran Milevski and vice president Zoran Sapuric) and the liberal mayor of Skopje-center Andrej Žernovski.

LYMEC would like to thank LiDeM and especially international officer Monika Zajkov and president Stefan Minoski for their valuable help in organising the seminar. 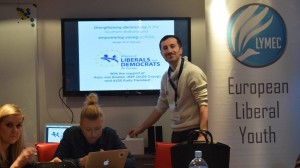 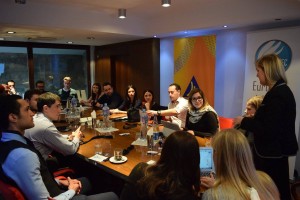 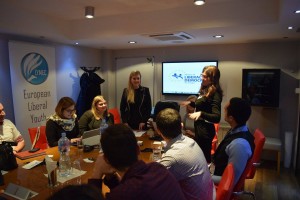 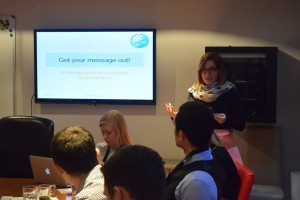