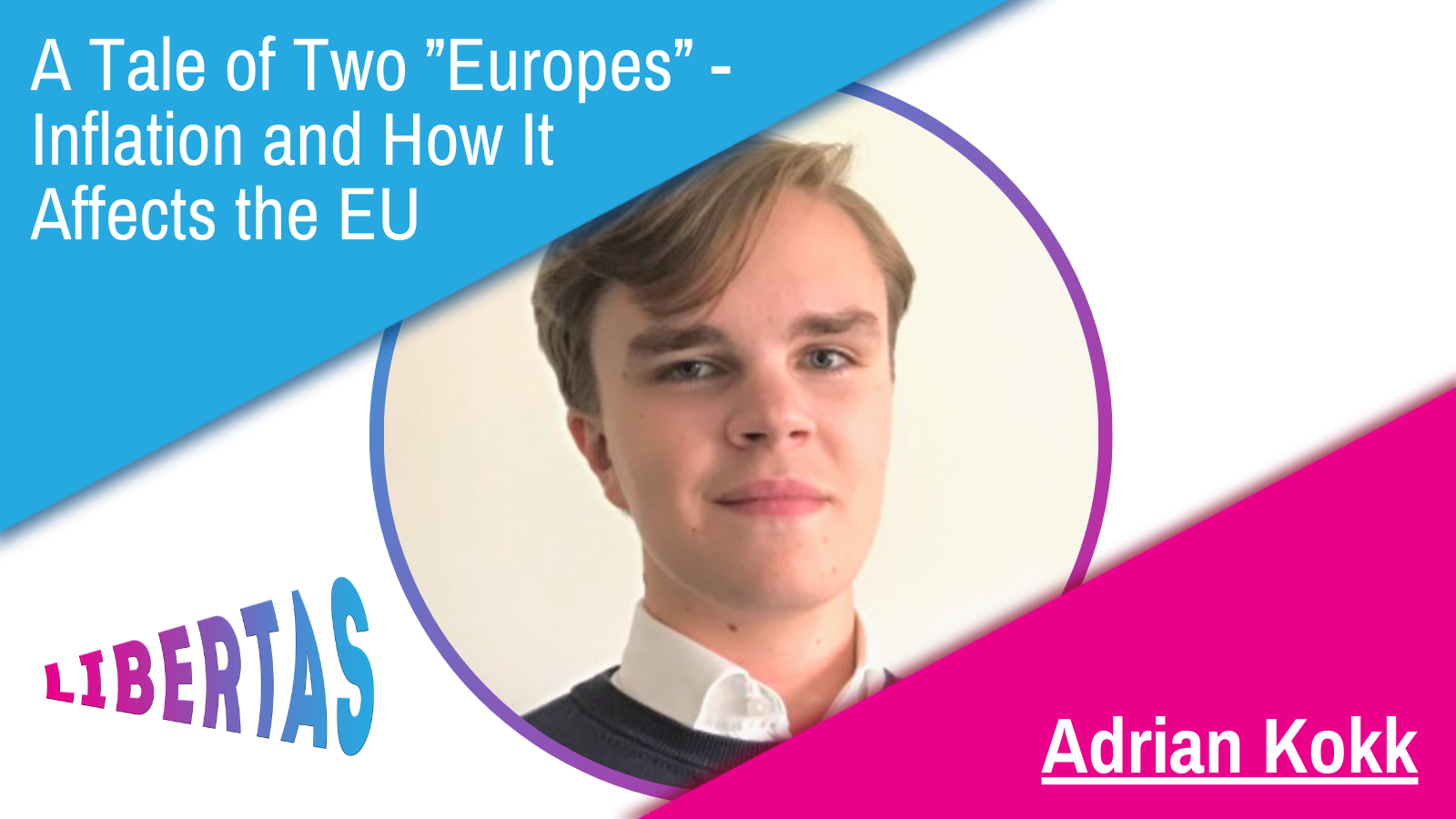 On a continent once again riddled with war, the economies of Europe are fighting a challenging battle against ravaging inflation rates. Even though the problem of high inflation is currently ubiquitous in Europe, the extent to which it affects different countries varies drastically. This crisis not only highlights the versatility of the European Union but also serves to reaffirm the core principles of liberal economics.

With Europe on the brink of recession, every nation undoubtedly faces severe economic challenges. The present financial situation tells a story of international unity in economic hardship, as prices of food and energy continue to rise to increasingly unprecedented levels, which to a large extent can be attributed to Russia’s unlawful war against Ukraine. At the same time, the crisis has accentuated the existing economic disparities between European countries.

In some countries that are not formally members of the EU, inflation rates are relatively modest. These include Liechtenstein and Norway, both of them wealthy countries with national central banks at the helm of their respective monetary policies. In EU countries such as Sweden, Spain, and Belgium the rates hover around the ten percent mark, with only marginal differences from the EU average of 10,1% for August. Luxembourg currently has the lowest inflation in the Union, with a surprisingly stable rate of about 3,5%. Inflation is, needless to say, usually quite low in the country, and the government has carefully crafted measures to avoid dramatic spikes during the year. To prevent wages from rising too rapidly, which could potentially exacerbate the situation, Luxembourg’s government chose, what was deemed to be, a fiscally more conservative approach with tax credits to assist struggling households. However, the government has not completely ruled out further hikes in line with the country’s automatic wage indexation system, should the cost of living crisis become more severe.

Compared to Luxembourg, the situation in Estonia is very different. Like Luxembourg, Estonia is a small country with what is now a developed and advanced economy. Throughout the year, average price hikes have reached 25% on an annual basis, and efforts by the Estonian government to halt this trend have been mostly in vain. This obvious discrepancy has been attributed to staunch economic progress, with perpetually rising wages, over the last few years, combined with the fact that wages are still lower than in many other EU countries. Since a greater percentage of the paychecks go towards paying for food, electricity, and fuel than in many other European countries, Estonians have been hit even harder by the current economic anomalies. Being part of the Eurozone means that the country’s monetary policy is in the hands of the European Central Bank, which sets interest rates that apply to all 19 countries. This has meant that interest rates may not have risen as much as Estonia would have liked, and other domestic measures, such as tax exemption for low-income earners, do not strike directly at the problem.

There are several conclusions to be made from this. On the one hand, there is an implicit victory for liberal economics. As has been seen throughout history, the main objective now ought to be to control the money supply responsibly, following monetarist tradition. The responsible actions of the Luxembourgish government are a prime example of this and go to show that it is essential not to be tempted to seek easy and populist solutions that could, in the end, hurt the economy. On the other hand, it is relatively easy to see that it is different to adopt proper measures and govern a Union of many different countries. The ECB has to set rates that apply to the entire Eurozone, and for a small country like Estonia, with a unique economic profile, there is not much to do when the rates are unfavorable.

Therefore, one can only hope that these liberal principles of monetary policy will continue to prosper and that we shall find ways to utilize the strengths of the economic diversity of the EU to overcome the kind of challenges it now brings.

Adrian Kokk (SW) has been involved in liberal as well as European politics for several years. He currently serves on the board of his local fraction of the Liberal Party in Sweden, and is a member of the Liberal Students’ Working Group on Ideology. In addition to this, Adrian is also a board member of a pro-European student think, and was previously a writer at the same organisation. He is currently pursuing an LL.M. at the University of Gothenburg.