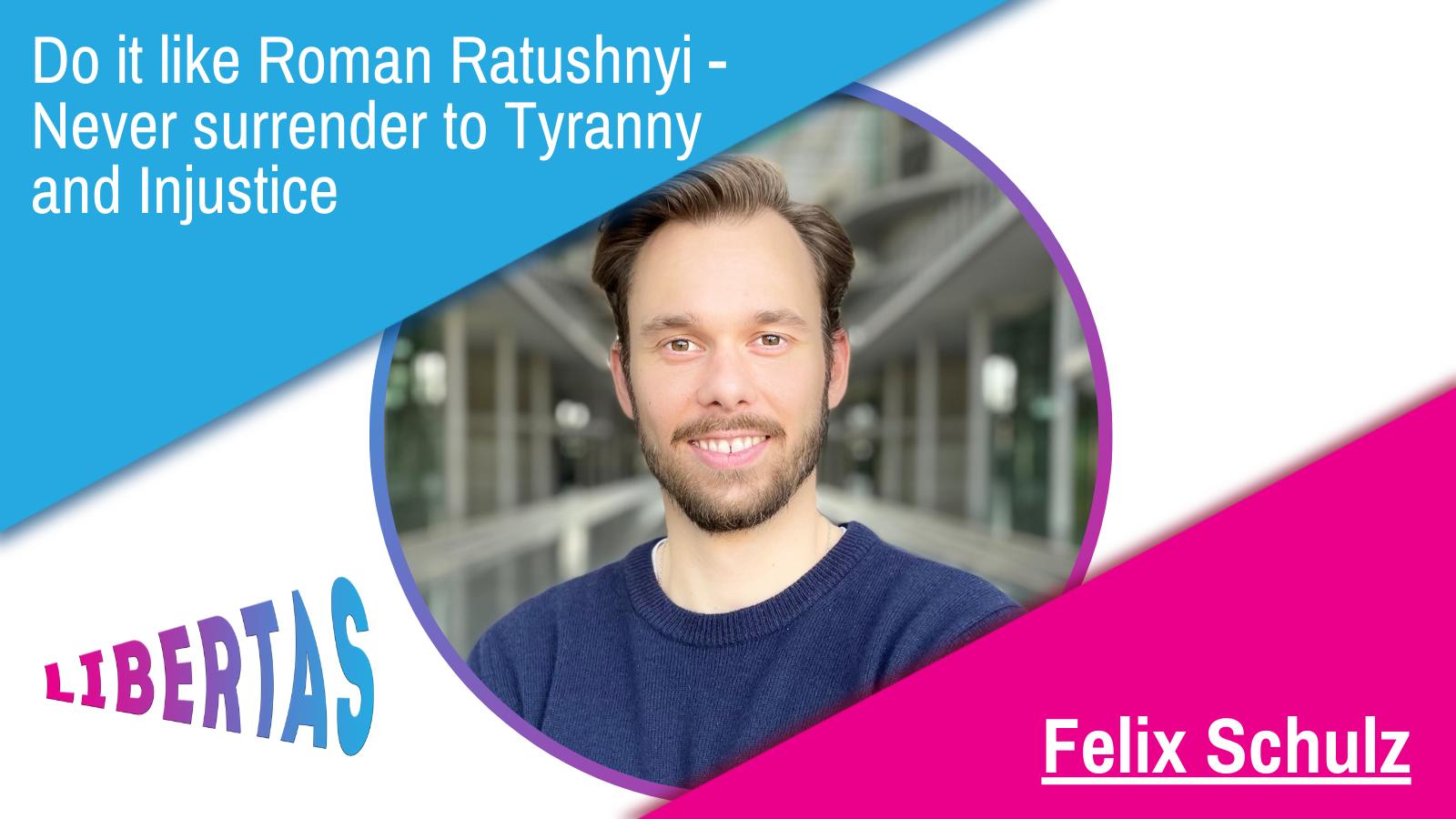 Do it like Roman Ratushnyi - Never surrender to Tyranny and Injustice

Today, three months ago a young man died near Izyum, in the east of Ukraine. He was fighting for the Ukrainian army and against the Russian invaders. His name was Roman Ratushnyi - a 24-year-old Ukrainian soldier, activist, public figure, and source of inspiration for his generation. The message of Roman’s death spread quickly across news outlets and social media - even outside the country. The reason is simple: He was a role model in the fight against injustice and arbitrariness. 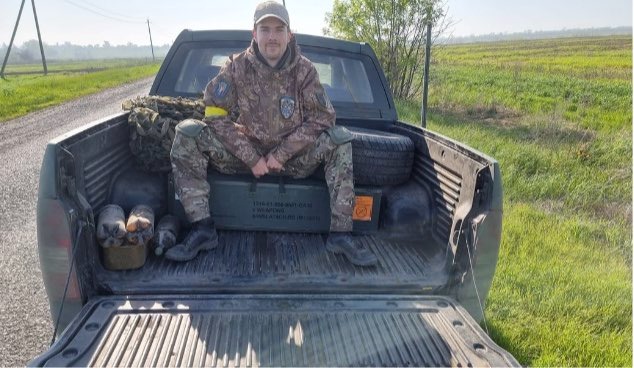 Roman Ratushnyi was born in Kyiv in 1997 into the family of an activist of the “Save Old Kyiv” movement and a writer. At the age of 15, he took part in Euromaidan and faced the brutal Berkut, the Ukrainian riot police under the umbrella of the Ministry of Interior. When protesting against the former pro-Russian president Viktor Yanukovych on November 30, he and other protesters were beaten up badly by the Berkut. Instead of giving in to the violence, he continued to speak up against injustice and became an activist.

In 2018, he headed the Let’s protect Protasiv Yar (Gorge) initiative, a public endeavor to stop the illegal construction of a 40-story building. The initiative is aimed at preserving the green zone in Protasiv Gorge in the heart of Kyiv. In the end, the developer’s intentions were thwarted in court: a major victory for the young activist and his supporters. The journalist Denys Kazanskyi calls Roman one of the most active representatives of the public sector in Kyiv. “When we met, he was 21–22 years old. He was inspiring. I believed that he had a great political future. I was glad that we have such people, that they are so young and just starting their way,” Denys recalls.

European Youth of Ukraine activist Kateryna Onishchuk recollects that the law school community has always followed Roman’s social media considering him a role model in fighting for liberties. He had a unique style in delivering his opinion – he would always stick to the classical style being precise and somehow cold. Everyone wanted to be like Roman – not everyone manage.

After the full-scale invasion of the Russian Federation, Ratushnyi became a volunteer in the ranks of the Armed Forces of Ukraine and created a unit that owes its name to Protasiv Gorge. He first defended Kyiv, later fought in the Sumy region, and participated in the de-occupation of settlements in the same region. When his death became known many of his supporters moaned and took to the streets. Just a few days after his death a farewell ceremony was summoned next to the Protasiv Yar. 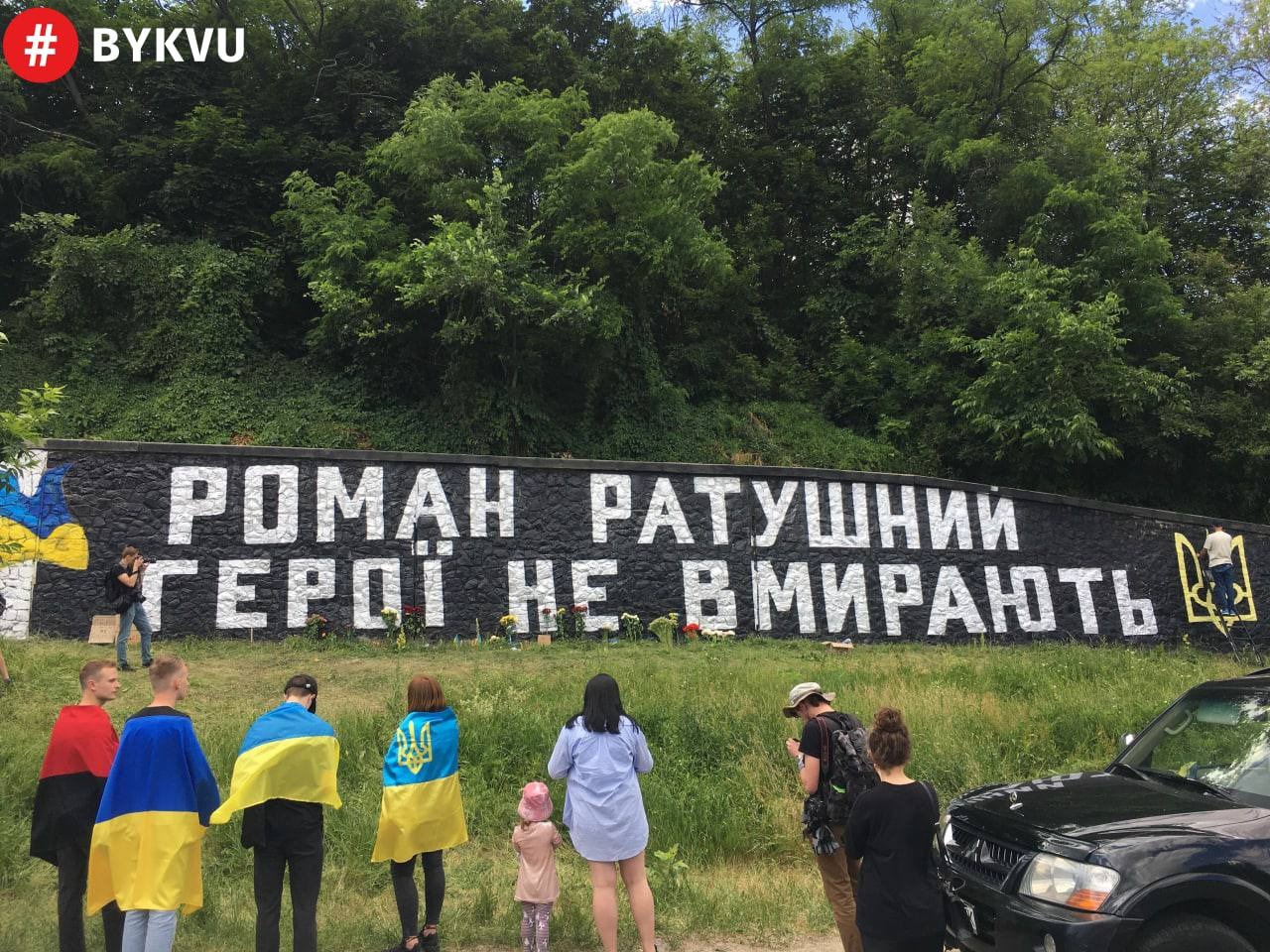 It is important to remember the Ukrainian people who fought bravely for their freedom and right to self-determination. We must not forget that even today many pay the ultimate price. But it is so easy to forget about all these things as time moves on. The Ukrainian war has been going on for already more than half a year and no end is in sight. At the same time unrest awakens in Europe, because people feel the effects of the war. Prices explode, natural gas is scarce, and electricity bills rise.

Therefore, it is important to recall the value of democracy and freedom and ask ourselves if all that is worth it. For liberals the answer is easy: absolutely! We know that without freedom, prosperity becomes a withered flower. That is why we have to keep the sanctions against the barbarian Russian regime in place and continue the support of the Ukrainian people economically, politically, and also militarily.

We must never buckle in the face of tyranny and injustice. That is a lesson we can learn from Roman Ratushnyi.

Felix Schulz (DE) has been a member of the FDP since 2015 and since 2020 of the Young Liberals. Currently he is working for a German liberal MP, where he focuses on transport and EU policies. At the same time he is doing a PhD in political science at the TU Darmstadt, where he is looking into the German Hydrogen Strategy. Felix studied International and European Governance at Leiden University, where he finished his Master in 2016. He is especially interested in energy policy and the path towards a carbon neutral future. Additionally, he seeks to look behind current political discussions and assess the impact on citizens of the European Union.