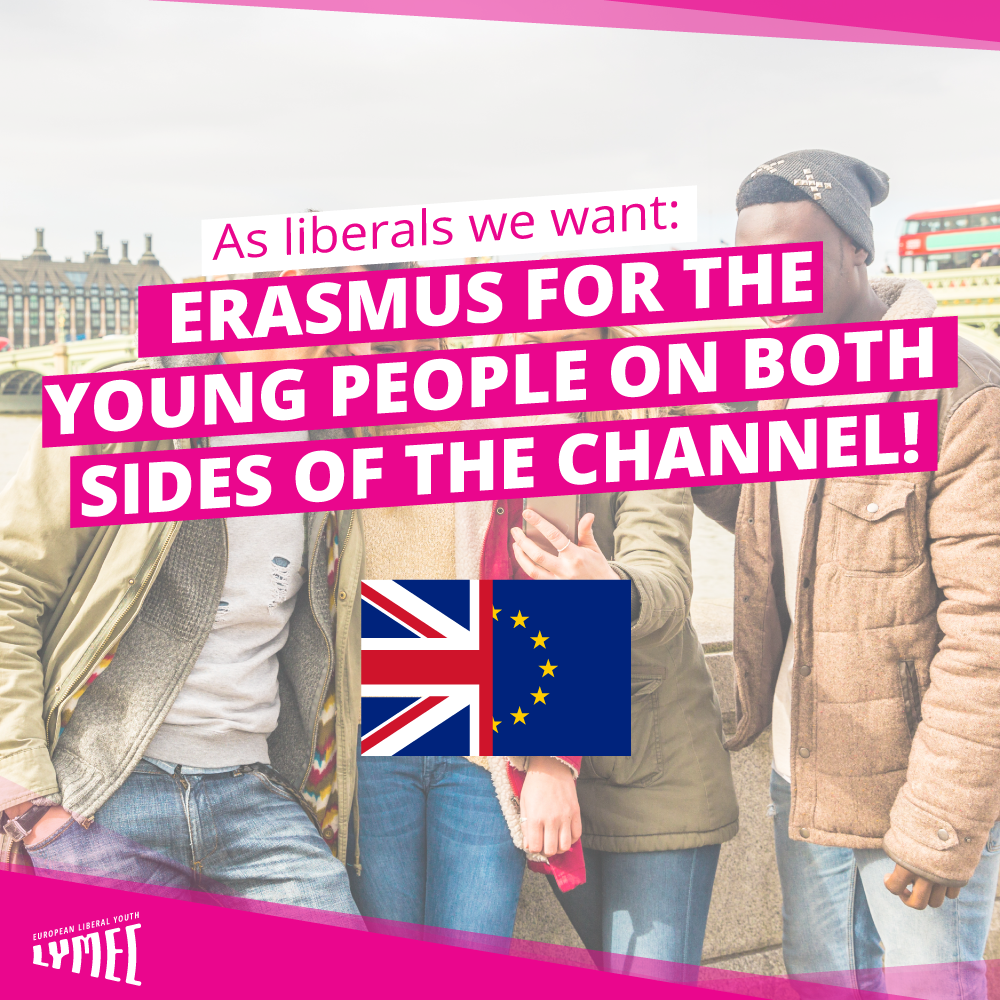 On the 8th of January 2020, the House of Commons voted against an amendment which would have required the British Government to negotiate a continuation of its full membership in the “Erasmus + program” after the UK leaves the EU. This decision is another instance of populist actions taken by the Conservative party to the detriment of European and UK youth’s opportunities- in this case through using the Erasmus + Program as a bargaining chip.

As a pan-European liberal and political youth organization, we are deeply concerned by this approach to the negotiations. Not only do we find the ethics behind this decision to be questionable, but the message that this vote sends to young Europeans across the Union is especially alarming.

It is of great importance to us that the EU will make this matter a priority during the negotiations with the British government, not only for the sake of European youth but also for the British youth that largely voted against Brexit.

Get in touch at [email protected] if you wish to join the call!