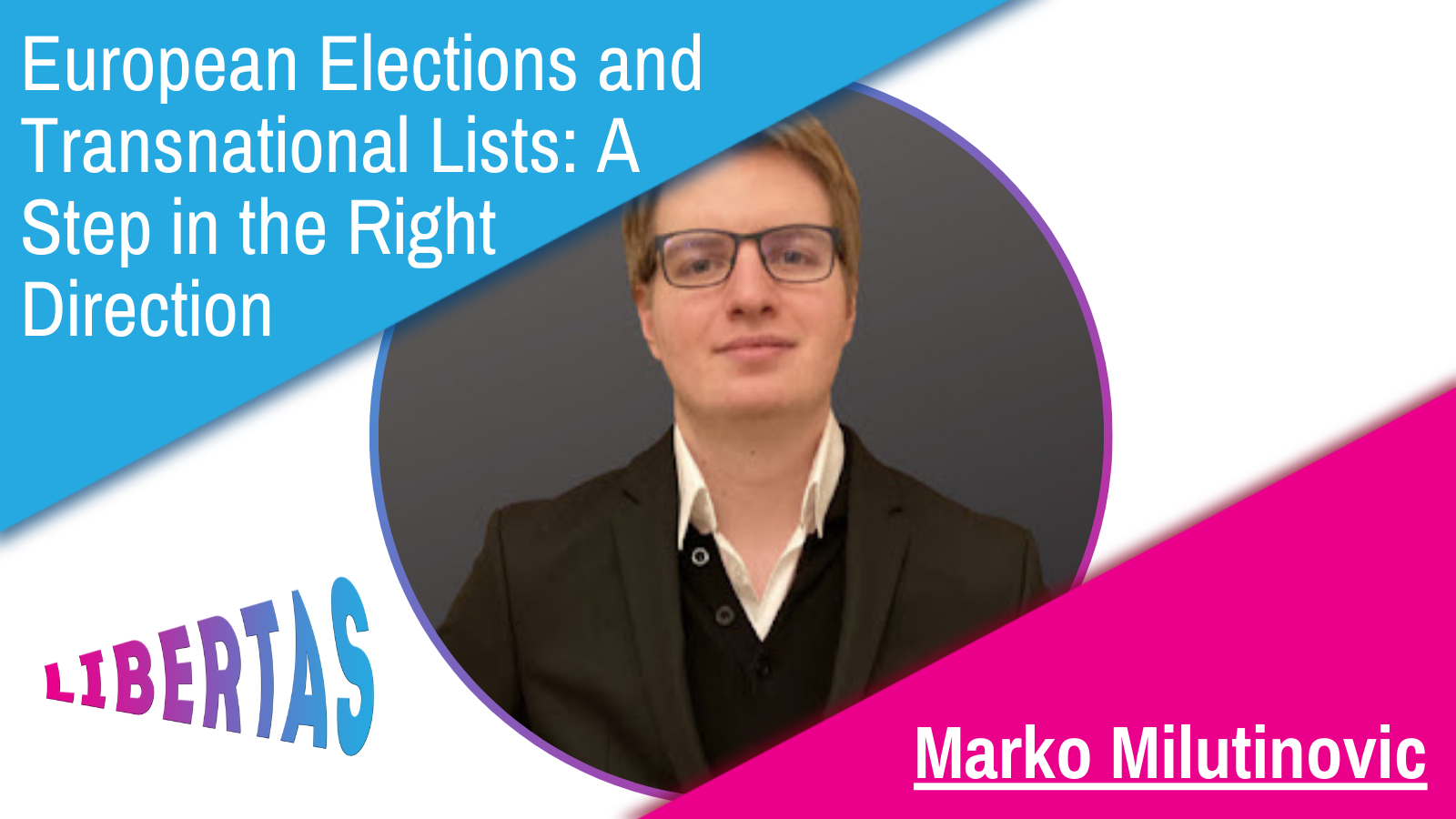 European Elections and Transnational Lists: A Step in the Right Direction

At the beginning of May this year, the European Parliament adopted the position on the transnational lists with a large majority. This position came to life after the Constitutional Committee proposed a major reform of the European Electoral Act with the aim of “defining common minimum electoral standards and a Union-wide constituency”.

First of all, let us take a look at the background of the European Electoral Act. The Act dates back to 1976 and it consists of common principles that must be respected by the Member States’ laws regarding the elections for the European Parliament.

Since the United Kingdom left the European Union, we are left with 46 MEPs less. The proposed reform aims to rectify this by adding additional 28 MEPs which would be elected through the newly proposed Transnational Lists. The proposal was adopted on the third of May by the European Parliament.

Currently, the MEPs are elected solely by their national constituencies. This option has negative aspects to it because when campaigning they are focused on their state’s issues and are pushing forward that agenda to their voters to whom they are politically accountable.

This procedure significantly reduces the space for a truly European political debate on issues that are of the utmost importance to all of the European citizens across the 27 Member States.

Having said that, transnational lists are a unique chance that we must not squander. For us, the liberal youth, this is key for the future. In order to create an even closer union, we need to have the option to vote for others aside from our national MEPs. This brings about an opportunity to open a discussion on important European topics.

By doing this, we would have more chances to create a better Union because the MEPs elected from the transnational lists would not be focused only on the needs of the voters from their constituencies but rather on the needs of voters from all over the European Union.

Another interesting point here is who exactly would be the people on these lists. Well, parties would likely be inclined to put their prominent members on this list. These people would already be taking or aiming to take important positions such as the position of group leaders in the European Parliament, the president of the Commission or the Commissioners.

By having the most prominent party members on the transnational lists, every eligible European voter would have the opportunity to express their opinions on these politicians. This would be quite important, since these people aim to get the top positions in the European Union. Additionally, having these high-profile individuals on the transnational lists would open up the space on national lists for newcomers. That would probably enhance the chance that we see more younger MEPs in the European Parliament.

The proposal being adopted by the European Parliament is just one step on the long road towards making these reforms a reality. So, what are the next steps?

First of all, the proposal must be approved by each of the individual EU heads of state. Once that has been done, it will go onto the national parliaments who must ratify it before it is returned to the European Parliament to be voted on once again by the MEPs. The aim is to have all of this done by 2024. Until then we are looking forward to a truly European election.

Marko Milutinović (HR) is an individual member of LYMEC. Besides this he is also a Young European Ambassador for the Western Balkans, as well as a Youth delegate at UNITE 2030. Previously, he graduated from University of Belgrade, Faculty of Law, where he is currently pursuing his Master’s degree in European Integration. Marko is passionate about Climate action, Environmental protection, as well as the topic of the Federalization of the European Union.