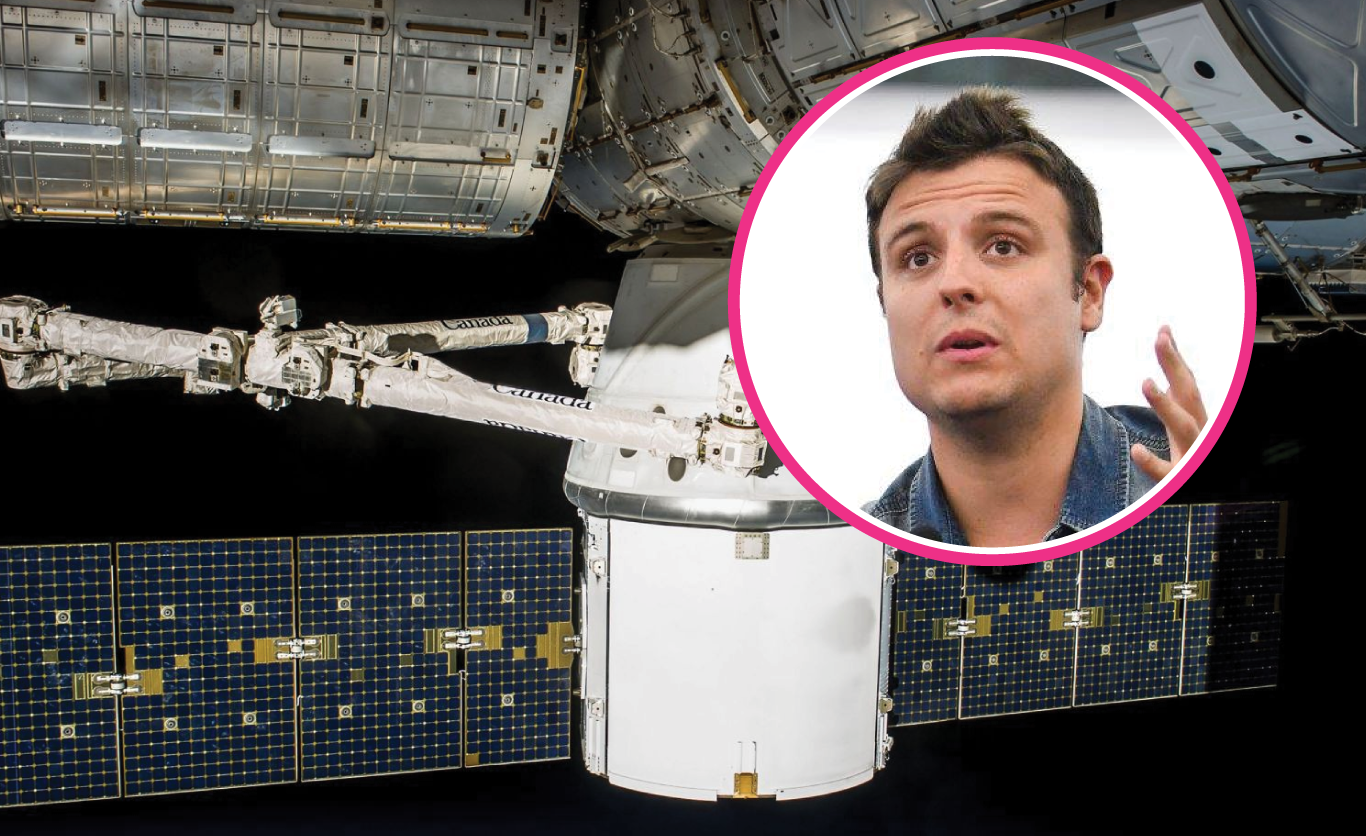 Imagine a world without GPS or Galileo. One where weather balloons are our best bet for weather forecasting. One in which long-range communications are severely disrupted and technology dependent on extremely accurate timekeeping breaks down. This is what a world without satellites would look like —and, if we do not take action, it could be closer than you think.

Space near Earth is so cluttered that there are more pieces of space junk than meteoroids at altitudes below 2,000 km. Close to 200 million pieces of space junk are in orbit around our planet, ranging from spent rocket stages and dead satellites several metres across to metal shards and specks of paint that are barely visible. 300,000 of these objects are larger than 1 cm. At orbital velocity (ranging from 17,500 to 29,000 km/h in low-Earth orbit), even a 1 cm piece of debris can inflict catastrophic damage on other satellites or, even worse, astronauts and their spacecraft.

In the most ominous scenario, known as the Kessler syndrome after the NASA scientist who described it in 1978, an initial collision between two pieces of space junk generates a large amount of debris, which in turn crash with other satellites to release even more debris, and so on, eventually triggering a self-sustaining cascade of collisions that can leave an entire orbit impracticable for generations. A particular note of concern is that low-Earth orbit (LEO), home to about half of all satellites, would likely bear the brunt of the catastrophe. The initial event could be anything, ranging from a fortuitous crash to a reckless anti-satellite missile test like the ones the United States and China have already engaged in.

Potential solutions have been put on the table, some of them plucked from the realm of science fiction. These include clean-up satellites equipped with nets or robotic arms that would grapple other spacecraft and take them down with them, as well as space lasers or giant lenses that would focus solar radiation on space junk to ablate it. However, these approaches depend on technologies that are still in their infancy, remain prohibitively expensive and, in the case of solutions that involve capturing satellites, make the military nervous because they can be potentially repurposed to disable other spacecraft during conflict. Furthermore, many of these proposals require significant government involvement, either as the main driver of technological research or as the party that coughs up the substantial sums required.

There is, however, a more elegant solution that can be implemented straight away, with only minimal regulation and no public expenditure. Many of the dead satellites floating in space are still up there due to their lack of deorbiting devices —engines that fire at the end of spacecraft’s operational lives to eventually return them to the Earth’s atmosphere, where they burn harmlessly upon re-entry. Another solution is to push decommissioned satellites higher instead of lower, moving them to so-called graveyard orbits where they pose no risk to operational spacecraft.

The international guideline, originally set by NASA, requires satellites to be disposed of no longer than 25 years after the end of their operational lives and, indeed, many large ones already comply. However, this guideline is just a target to shoot for and is completely devoid of legal force, allowing a very sizeable minority (35%) of satellites to remain non-compliant. These rogue satellites are a very serious threat to other spacecraft and even entire orbits.

Although fitting deorbiting devices to all new satellites is not a magic solution —it does nothing to bring down the space junk that is already up there—, making sure that new satellites do not add to the problem would decrease the likelihood of cascading collisions, buy vital time until more cost-effective space debris removal technologies come online, and let attrition gradually reduce the total mass of space junk in orbit.

Working in concert with the European Space Agency (ESA), the European Union should therefore open a round of talks with the United States, Russia and other major players in the satellite launch market to build an international consensus behind legislation that mandates deorbiting or boosting to a graveyard orbit for all new satellites, ensuring that the aforementioned 25-year disposal target is met. It should also require spent rocket stages that reach orbit to be equipped to reignite their engines and plunge back into the Earth’s atmosphere. As with water pollution, CO2 emissions and other negative externalities, aiming for a low-regulation framework does not preclude requiring satellite operators to take responsibility for proper disposal of the waste generated by their activities.

If we do not take the threat from runaway space debris seriously, there is a real possibility of the young Europeans in the 2050s having to live with many technologies that became obsolete in the 1950s. Alistair Spearing
Joventut Nacionalista de Catalunya  / LYMEC Individual Member

Disclaimer: The views and opinions expressed in this article are those of the authors and do not necessarily reflect the official policy or position of European Liberal Youth.