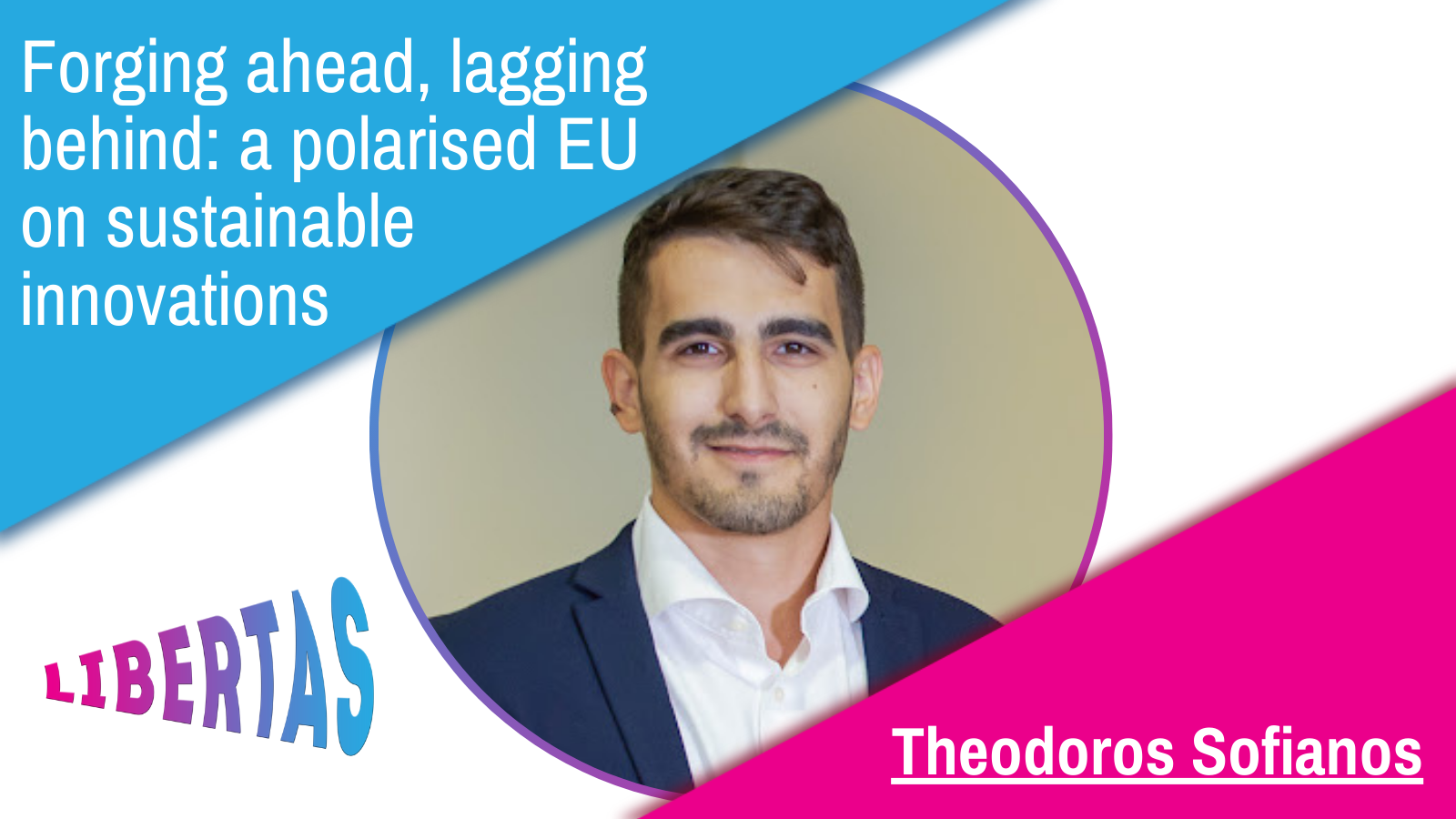 This article argues the case that technological advancement within the EU is one of the most underrated developments contributing towards a more sustainable world in the battle against climate change. Specifically, the cases of GMOs (genetically modified organisms) and nuclear power will be used to support the aforementioned argument.

First things first, climate change is the toughest battle faced by our generation, as we work to ensure a socially, environmentally and economically sustainable world. This battle has peaked over the last decade, with President Von der Leyen declaring that Europe’s vision is to be a climate leader and become carbon neutral by 2050. Even if this vision is admirable and necessary, the EU mostly focuses either on high-end politics, or individual change, often neglecting a third and proven pathway, technological advancement.

On the one hand, many people argue that climate action is mainly a matter of top-down political action, yet politicians have historically not been able to collaborate under the discourse of climate change. I would argue that politicians and political consensus are important, yet they cannot bring the groundbreaking changes required, as they adopt inefficient strategies and lack the accountability needed. Conversely, many advertise change on an individual level, as the primary pathway for climate action. Even if conscious behavioural adjustments in our diets, improved waste management techniques and carbon-neutral transportation can help to improve accountability, this process is slow, inefficient and risks being hijacked by cognitively dissonant behaviours.

These two narratives have been presented by certain political spaces as the only solutions to climate change, yet we are neglecting the third pathway, namely technological innovation.

Technology has historically been the engine of growth in human history and has single handedly allowed us to live longer and better lives, making social, economic and environmental activities more efficient. Technology should not be seen as a task for a group of genius inventors and scientists, but rather as an incremental process of building on preceding knowledge for thousands of years.

This historically successful recipe has been neglected or even prohibited by the EU at a political level when designing the pathway to 2050. There are several cases in support of this argument, e.g., the plant-based meat/milk EU industry giving an asymmetric fight over naming rights, or the novel foods taking forever to be accepted by European law, even when the US has streamlined such processes for similar products. For too long, the EU has continued to provide heavy subsidies for fossil fuel, milk and many other unsustainable industries. The EU is not doing enough to provide a level playing field to new technologies, often protecting unsustainable industries. Combine this with an ever-increasing technophobia in certain political circles, and a virtual luddite witch-hunt breaks out in the cases of GMOs and nuclear energy.

In the case of GMOs, the EU has traditionally been wary of this technology, especially towards products designed for human consumption, fearing its impact on human health and ecosystems and facing pressure from certain lobbies. GMOs are a promising field of innovation, giving promises to make agricultural production more efficient, ensure food security globally, or even unlock new opportunities for all living organisms. GMOs are of course not a panacea, but they should at least be considered as a technology the EU wants to conduct research on and test over the long run, or we risk falling behind to other global players.

The case of nuclear power is far more complex and depressing, since one of the safest, most sustainable and inexpensive sources of energy (considering the eventual scaling up) has been demonised by politicians in an almost unprecedented way. The current EU restrictions and demands for extensive safety measures act as a deterrent to any stakeholder that seriously wants to invest in it. Some concerns are valid, yet no other technology has seen such demands for safety prerequisites. Just compare these standards with the ones in place for the fossil fuel industry that has a lengthy history of harming human health and the environment with few constraints. The strong lobbies against nuclear power and the technophobia of certain political groupings’ evangelists create double standards in the energy industry and sticking to them is a certain recipe for the EU losing the race to sustainable energy. We should simply consider that China and in general, Asian countries are opening the most nuclear plants in 2021, while the EU only explores the limited potential of traditionally inefficient energy options, such as natural gas, solar and wind energy.

This piece of work does not aim to blindly accept nuclear energy and GMOs or any other technology as superior solutions for climate change. It rather aims to suggest that the EU is falling behind in significant technological advancements happening elsewhere in the world. The inability of European politics to provide a level playing field and fair market competition, drive innovators and investors to engage with promising technologies elsewhere in the world. The major point this article aims to make is that if we are serious about becoming climate leaders as a continent, we should provide a proper framework for all innovations to be incubated in and to be researched on, by removing all the unnecessary policy barriers.

Theodoros Sofianos is a member and International officer of Young Liberals Greece. He is passionate about environmental sustainability and entrepreneurship and believes that social, environmental and financial aspects of human activity should always be balanced. Theodoros holds an integrated BSc and MSc degree of Agriculture with a specialization in Food Science and Technology from Aristotle University of Thessaloniki, Greece. He also holds an MSc degree on Development and Rural Innovation from Wageningen University and Research in the Netherlands, with a minor in entrepreneurship. He is an expert on sustainable transitions and specifically with regards to food systems.