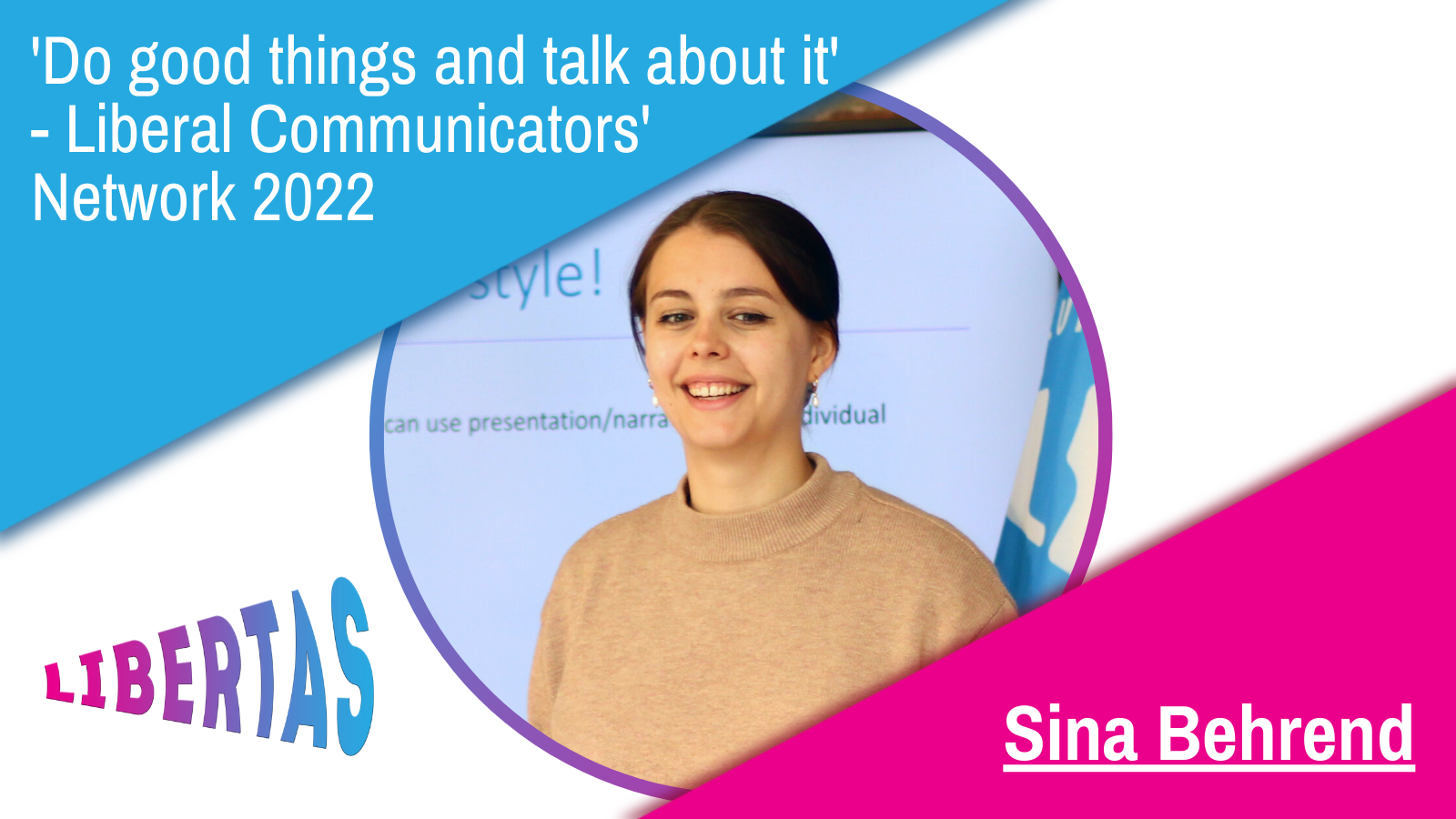 Do good things and talk about it - Liberal Communicators' Network 2022

“Do good things and talk about it”- this common phrase is not to be underestimated - especially in politics. It is a clue for good results in elections, to have people know what you are doing and why.

Communications is a big field in business- there are a lot of agencies only working for this and a lot of money to be spent on advertising and hiring experts for online marketing. But how can Youth Organisations afford such expensive measures? The answer is: mostly they can not.

And this is where the Liberal Communicators Network - youth edition jumps into place. It is organised by the European Liberal Forum (ELF) with the support of LYMEC (European Liberal Youth). It is supposed to bring young liberals working with communications in a member organisation of LYMEC or ELF together. In order to strengthen the communications of these liberal organisations, there was a weekend where young liberal communicators from all around Europe gathered in Helsinki, Finland. The Participants were able to not only learn from each other by exchanging best practices but also to hear from experts about the latest trends and create a network for future cooperation and peer support.

Starting on a Friday evening in June, all participants had to present themselves and their organisations. Spain, the Netherlands, Poland, Germany and many more countries were represented. As a kickstart for discussion, Ted Urho (Executive Manager of Agenda at Svenska Bildningsförbundet), Elina Baltatzi (Communications Manager at European Liberal Forum) and Julia Ståhle (Svensk Ungdom President) held a panel about young people in politics, how they are politicised online and how that power can be used in campaigning. Afterwards, there was a talk about the main challenges and expectations everyone had.

The weekend continued on Saturday with a lot of insides about different platforms, as well as building a concrete strategy for organising a successful campaign. We learned about Instagram and TikTok from Kieran Chandler, a Senior Communications consultant at Logos and about Facebook and Twitter from Elina Baltatzi. The event was not only about listening. We practised a lot as well and were given small challenges. One group even filmed a TikTok in just a short amount of time. That made it clear to all of us that if you work together and are willing to achieve something, creating good Social Media content is also possible in a small amount of time.

When everyone shared their best practices from their home organisations, one could really feel how participants were inspired by each other’s strategies. To make a perfect wrap up, the organisers decided to make the network stay and everyone promised to keep in contact. And yes, after a good holiday that is often a promise that is never kept, but in this case I am sure it will be, because not only friendships but also professional connections were made.

A big “Thank You” is to be said to Ida-Maria Skytte, Chiara Liguori and Bàlint Gyévai for the amazing job they did in organising and moderating the event. It was both very interesting and helpful but also fun and pleasant. Additional shoutout of course needs to be done for LYMEC and ELF for the opportunity they gave us to enrich our communications skills, gain knowledge about the topic and meet some amazing people!