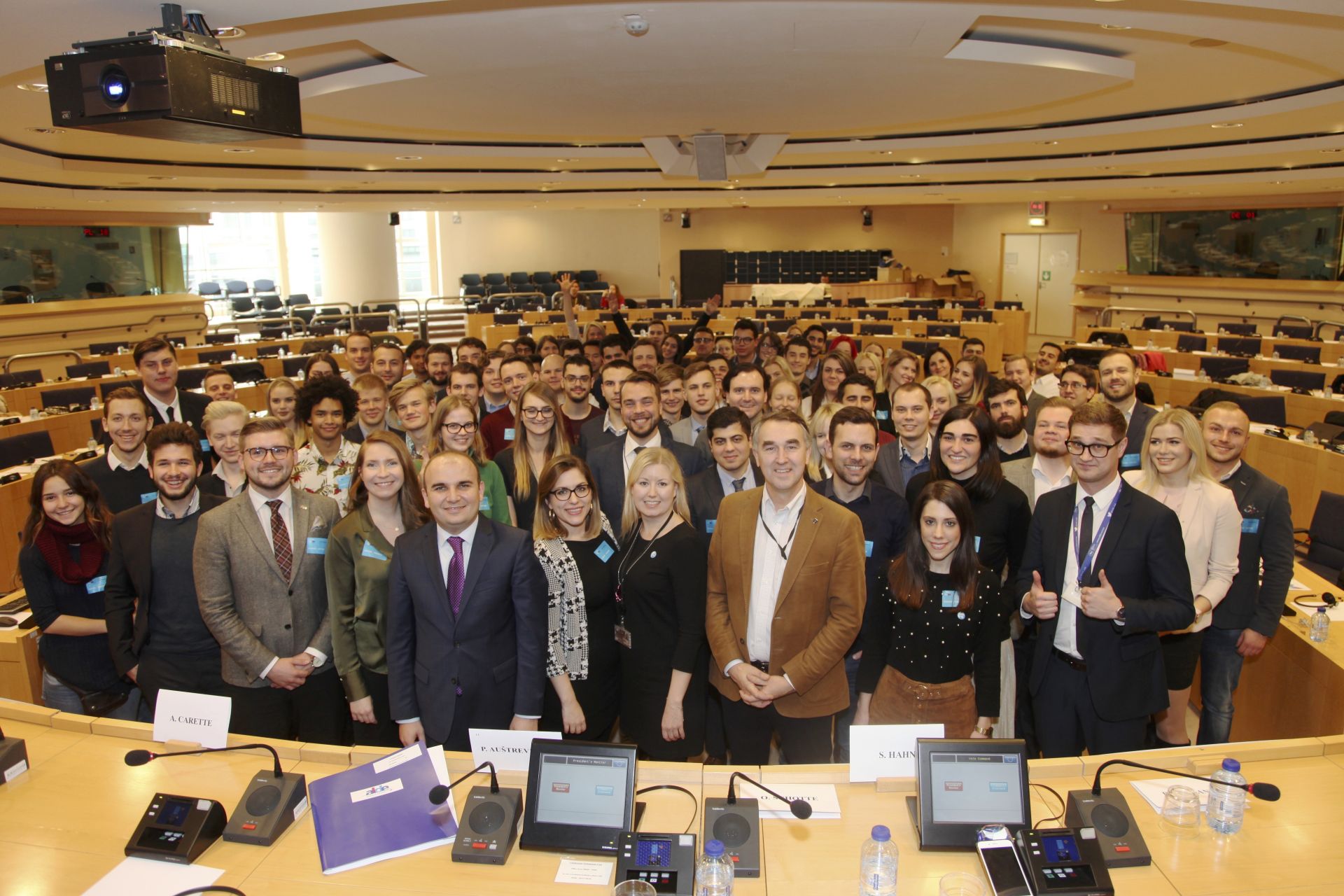 On 7 and 8 December 2016, the European Liberal Youth LYMEC and the Young Democrats for Europe YDE organised a Winter Academy with the support of the ALDE Group in the European Parliament. The overall theme of the seminar was A Connected Continent for Young People, and around 80 young liberals and democrats from across Europe gathered to participate in this two-day seminar organised in the European Parliament in Brussels. The topics discussed included digitalisation, migration, education, transport as well as environmental issues.

The event was opened by LYMEC vice president Svenja Hahn and YDE president Antoine Carette, followed by a welcoming speech by ALDE Group vice president Petras Auštrevičius. During the first day of the event the participants got to discuss digitalisation with the founder of the European Citizens’ Initiative Against Roaming, Vincent Chauvet, and migration with ALDE Party Vice President Angelika Mlinar, MEP and Alexandre Beddock, director of the movie Voices of Refugees that was also screened as a starting point for discussion. The first day was closed by a speech by Alexander Beels, Secretary General of the ALDE Group.

The second day the participants were divided into two groups in order to discuss and create policy drafts on digitalisation and migration and find ways on how to communicate their proposed policies. The final statement on migration can be found here and the one on digitalisation here.

After the presentations by the working groups the afternoon continued with discussions about environmental issues (and other current affairs) with Fredrik Federley, MEP and about education together with Martina Dlabajová, MEP and Sacha Garben, Professor of EU Law at College of Europe. The last session before the closing of the event was a discussion about transportation together with Dominique Riquet, MEP.

The Winter Academy is a very interactive event as the participants are not simply expected to listen to speeches by the MEPs and experts, but they have the opportunity to really engage in discussion and dialogue with them. The concept was highly appreciated by both the participants and the speakers.