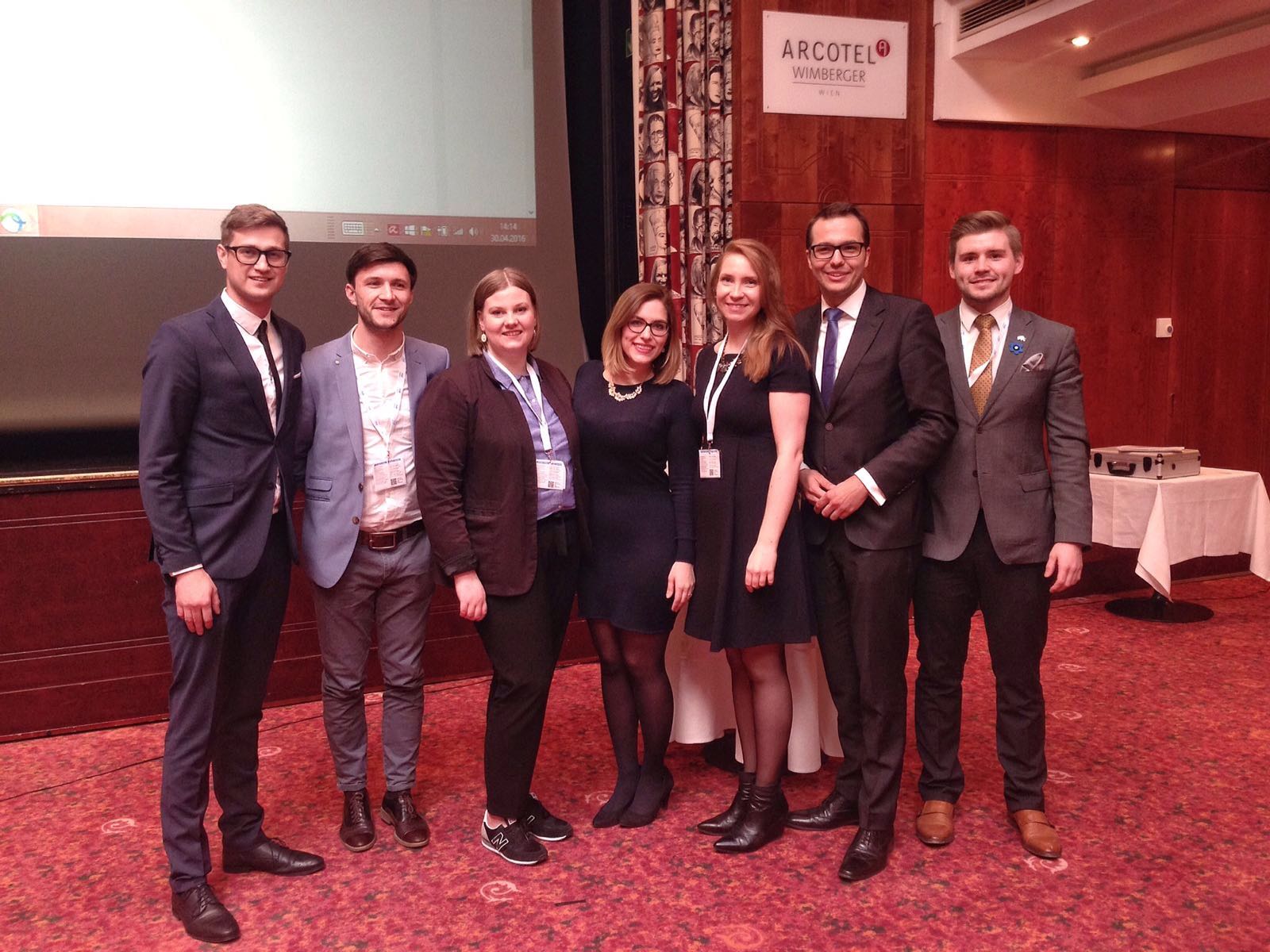 More than 150 delegates from LYMEC member organizations attended the LYMEC Electoral Congress, that took place in Vienna, Austria on the 29th and 30th April 2016. The Congress discussed a number of policy issues and elected a new leadership of the organization for the next two years.

Sissel Kvist from the Social-Liberal Youth of Denmark was elected as the new president. She has been active in LYMEC for the past four years, serving as Bureau member and vice president. In her presidential speech Sissel emphasised that “we as young liberals must defend fundamental civil liberties, such as the freedom of speech, which we see are increasingly pressured”.

“we as young liberals must defend fundamental civil liberties, such as the freedom of speech, which we see are increasingly pressured”

The congress discussed resolutions on different topics, ranging from countering the radicalization of youth, shale gas, and tobacco products to the Copenhagen Citera Control Cycle. The congress also accepted two organisation, Attistibai Youth from Latvia and Liberal Youth of Andorra, as full members of LYMEC.

LYMEC would like to use this opportunity to thank the outgoing Bureau for all the efforts and dedication they have put into the work of LYMEC during the last 2 years. Thank you, Vedrana Gujic, Jelena Jesajana, Timo Roeleveld and Markus Ylimaa. LYMEC also thanks Jeroen Diepemaat for his work for LYMEC in the IFLRY Bureau. A special thanks goes to the former Secretary General Igor Caldeira for everything that he has done for the organization during his years in LYMEC.