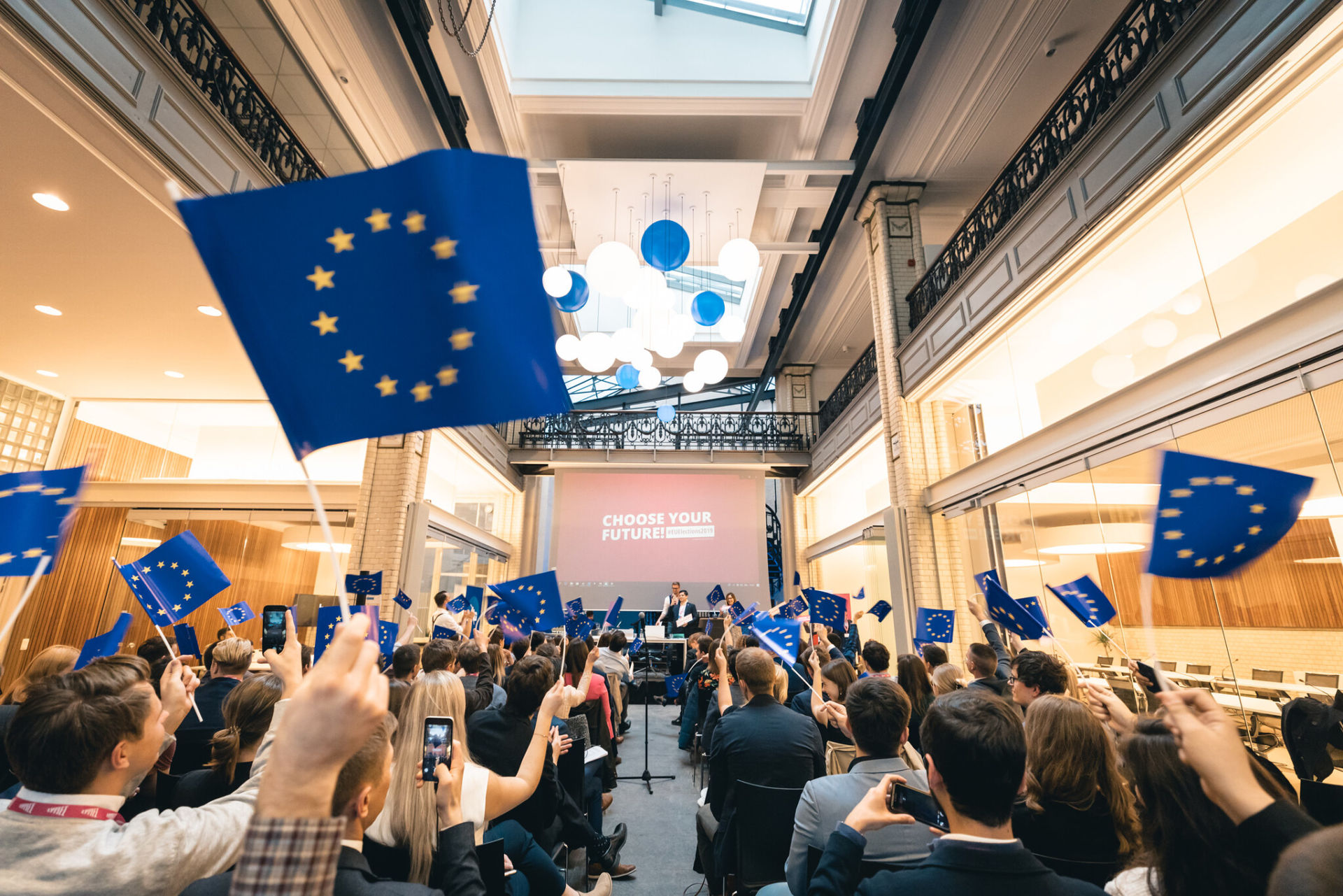 During 5-7 of April 2019, young liberals across Europe gathered in Brussels for this year’s Spring Congress. This was the last congress before the EU-elections.

The Congress was preceded by a seminar on “Liberal ideas for Europe” in cooperation with European Liberal Forum (ELF). In this seminar the participants were provided a combination between a political philosophical approach (unusual in political events) and a hands-on political approach , that aimed to shed new light on knowing where our ideas come from, help us become better debaters and improve our policy proposals in our respective contexts. The seminar also took the participants through the ideas of different parties and challenged them to find ways to shape a liberal message for Europe.

On Friday 5th of April our congress started with an opening statement from our President Svenja Hahn. This was followed by opening speeches from our guest speakers.
A month before the EU-election, the speakers stressed the importance of the liberal powers uniting against the extreme waves seen in Europe. This will indeed be an election where values will play a great part and will shape EU for years ahead. Therefore, we as believers of freedom and democracy do not only have to work together where we find common ground, but also promote the Europe that the extreme forces want to tear down.

After the speeches, the bureau had a big announcement to make. As the EU-election is at reach the bureau presented LYMEC´s official campaign video. The purpose of the video was to sum up what LYMEC stands for and what the upcoming election means for us. During the congress, the participants discussed the bureau reports, finances and resolutions. Further, and perhaps more significant to this is that our liberal family has grown bigger! During the weekend in Brussels the congress decided to accept Mláde ANO (Czech Republic) as full members, Uppreisn (Iceland), Jóvenes Cs (Spain), and Foruma mladih Nove stranke (Serbia) as associate members. We wish our new accepted organisations a warm welcome!

Finally – to all our Member Organisations: On behalf of LYMEC we wish you best of luck in the EU-elections!